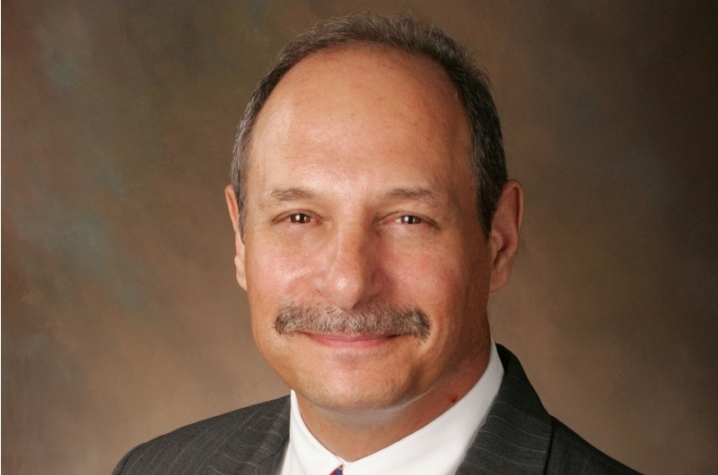 LEXINGTON, Ky. (Sept. 10, 2010) - Stu Silberman, superintendent for Fayette County (Ky.) Public Schools (FCPS), received the 2010 Excellence in Educational Leadership Award recently from the University Council for Educational Administration (UCEA). The honor was passed on to Silberman at the first FCPS leadership meeting of the year by Lars Björk, chair of the University of Kentucky College of Education's Department of Educational Leadership Studies. The award was made in recognition of Silberman’s extraordinary commitment and support for improving the preparation of school administrators.

"Stu Silberman received the UCEA's Excellence in Leadership Award in 2010 because he is one of the nation's most outstanding superintendents," Björk said. "Throughout his career he has been committed to preparing the next generation of leaders for Kentucky schools who truly believe that their work is about children, learning and building partnerships with parents."

Silberman, who has been named Kentucky's Superintendent of the Year, has led two Kentucky school districts to new heights. In his current position with FCPS, his leadership has helped increase student achievement with nearly 40 percent of local schools passing their proficiency standards six years early. Previously in Daviess County, Silberman helped made the district a national model that led to an appearance on NBC’s “Today Show” and frequent visits from educators across the country.

"I am very humbled and honored by this recognition," Silberman said. "Although I am the recipient, it represents the great leaders we have in our school district."

The UCEA is an international consortium of prestigious research universities committed to advancing the preparation and practice of educational leaders for the benefit of children, schools and society. The University of Kentucky is a member institution.