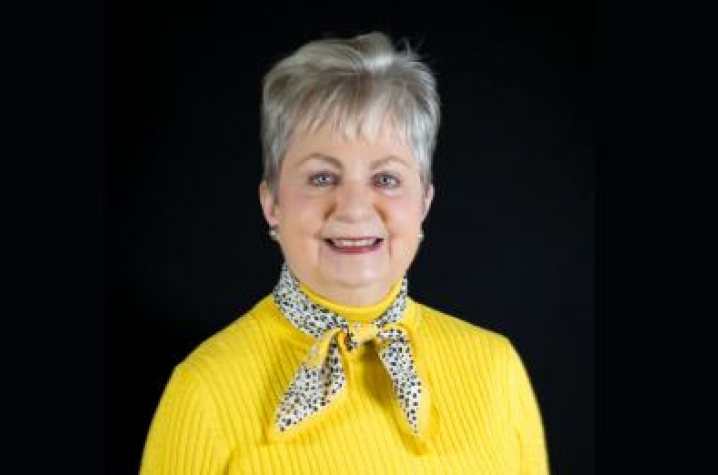 Stivers, of Nicholasville, Kentucky, will be one of 16 people inducted during the ceremony at the National 4-H Youth Conference Center in Chevy Chase, Maryland. Her nominator was Ken Culp, 4-H youth development specialist with the University of Kentucky Cooperative Extension Service, and the Kentucky 4-H office.

Stivers, originally from Rineyville, Kentucky, began participating in 4-H as a 9-year-old, when her mother was asked to lead a 4-H club in Hardin County. She went on to receive her bachelor’s and master’s degrees from UK and her doctoral degree from Ohio State University.

She began working for the UK Cooperative Extension Service, part of the College of Agriculture, Food and Environment, as a family and consumer sciences agent in Jessamine County in 1976. She joined the Kentucky 4-H office as a youth development extension specialist in 1981. Except for a brief stint at Ohio State University from 1990-1992, Stivers stayed in that position until her retirement in 2007.

Throughout her career, Stivers distinguished herself as an innovative, exemplary professional who continually pushed the boundaries in search of new research, programs, projects, curriculum and technology that would make the agent’s role easier, attract a larger, more diverse audience and provide unique experiences to 4-H members and adults.

At UK, Stivers introduced the 4-H International Exchange Program in the state. She served on the National Association of Extension 4-H Agents Global Education/Multicultural Task Force and chaired it from 2002 to 2004. During her term, the task force developed a national plan of work and expanded the outreach of international programs nationwide. She participated in the National 4-H Executive Development Institute and served as chair of the Kentucky Commission on Community Volunteerism and Service from 2006 to 2008.

Over the course of her career, Stivers received more than $5 million in grants including those from the U.S. Department of Agriculture (USDA) Children, Youth and Families at Risk (CYFAR); National 4-H Council Youth in Governance; Louisville Courier-Journal; and Kentucky Cabinet for Health and Family Services.

Some of her major accomplishments include serving as the technology information specialist for the national 4-H Military Project from 1995 to 1997. In this position, she developed a computer lab manual used by military installations around the world. She developed statewide youth protection standards and training for all extension personnel at UK and Ohio State University. She collaborated with extension colleagues nationwide to develop the National Family Resiliency Network, which later evolved into the NIFA CYFAR/CYFERnet programs that target at-risk youth and families. She was national co-chair for the NIFA/CYFERnet program for 10 years and led the development of the CYFERnet website designed to support professionals working with at-risk youth and families. Her organizational skills were put to good use when she served as Kentucky’s chairperson for the National 4-H Centennial Celebration and served as a facilitator at Speak Up! – National Centennial Celebration for 4-H.

A number of organizations have recognized Stivers’s career accomplishments with awards including the USDA Secretary’s Honor Award for CYFERnet. This award is the highest given by the USDA for extension programs. Stivers was renowned for developing innovative programs that served an identified need or an unserved audience. National- and state-recognized programs that she innovated include: Kids on the Block, Staying Home Alone and High School Financial Planning. She also introduced the 4-H Cloverbud Program in Kentucky.