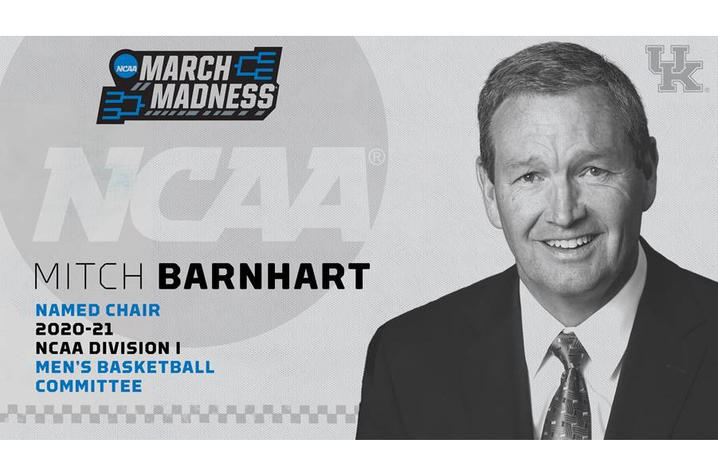 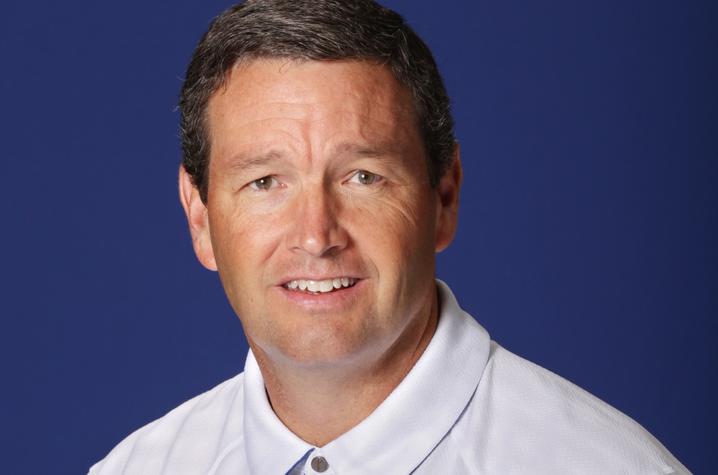 LEXINGTON, Ky. (July 16, 2019) — One of the most influential leaders in college athletics, Mitch Barnhart, will soon step into one of his most high-profile roles yet. The Kentucky athletics director has been named the chair of the NCAA Division I Men’s Basketball Committee for the 2020-21 season, the NCAA announced Friday.

“Being asked to serve in this role by my wonderful colleagues on this committee is one of the highest honors I’ve ever received,” Barnhart said. “The 10 of us carry a huge responsibility, not just with the selection, seeding and bracketing of teams each year, which draws the greatest amount of attention, but also as a group charged with working with other constituents to manage the health of the sport of college basketball. It’s an incredible challenge and one we will continue to take very seriously.”

Barnhart — selected by Sports Business Journal as Athletic Director of the Year earlier this year — will serve as vice chair this season, working with committee chair Kevin White who is the vice president and director of athletics at Duke University. Barnhart will serve his fourth year in a five-year term this season on the NCAA Division I Men’s Basketball Committee, which is responsible for selecting, seeding and bracketing teams for the NCAA Tournament, along with administration of the NCAA’s highest-profile event.

Barnhart is the third director of athletics from the University of Kentucky to serve as chair of the men’s basketball committee, joining Bernie Shively and C.M. Newton.

Entering his 18th season at Kentucky, Barnhart is an experienced leader in college athletics, both at the national and conference levels. He has previously served on the NCAA Division I Council, as chair of the NCAA Competition Oversight Committee and as a member of the NCAA Division I Baseball Committee, in addition to several other leadership groups. Barnhart, now the longest-tenured athletics director in the conference, was named chair of the SEC Athletics Directors in 2017.

All the while, Barnhart has remained steadfastly focused on his tireless work leading UK Athletics to its greatest era of comprehensive success in its history. Since his arrival in Lexington, Barnhart has steadily invested in the growth of all 22 UK teams while maintaining a singular commitment to the holistic development of Wildcat student-athletes. Matching resources to expectations has been a hallmark of his tenure, with the proof coming in the form of $300 million in facility improvements since 2007 and his bold pursuit of Elite 1-3-5. At the heart of everything are the core values Barnhart has instilled in the department he leads: character, integrity, knowledge, stewardship and competitiveness.

The aim of Elite 1-3-5 is for each UK team to be No. 1 by winning a conference or national championship, sustain a department-wide 3.0 grade-point average and rank in the top five of the Learfield IMG Directors’ Cup standings by 2022. It’s an ambitious undertaking, but UK students, coaches and staff have proven themselves capable of unmatched achievement. Four UK teams have won championships toward Elite 1-3-5, most recently with volleyball winning a second consecutive SEC championship and men’s soccer sweeping Conference USA regular-season and tournament titles.

UK is well positioned to pursue a top-five Directors’ Cup finish on the heels of the six best finishes in school history coming in the last seven seasons. Two seasons removed from a school-record 10th-place finish in 2016-17, UK Athletics finished 14th in 2018-19.

UK Athletics continues to excel in the academic component of Elite 1-3-5, as Wildcat student-athletes on scholarship have combined for a GPA of better than 3.0 in 14 consecutive semesters. In spring 2019, UK achieved a cumulative GPA of 3.201, the second best in school history. UK athletes have set records for graduation rates and maintained a perfect mark in the 15-year history of the NCAA Academic Progress Rate, making UK one of just two SEC schools to never incur an APR penalty.

Even with UK’s sustained success, Barnhart is always seeking improvement. One recent example is UK’s newly launched Student-Athlete Experience Division. Through the division’s work, UK has renewed its commitment to prepare student-athletes to enter life after UK by equipping them with requisite professional skills and helping them identify and pursue internship and work opportunities while continuing to provide the academic support that has made UK Athletics a trendsetter in college athletics for the last four decades.