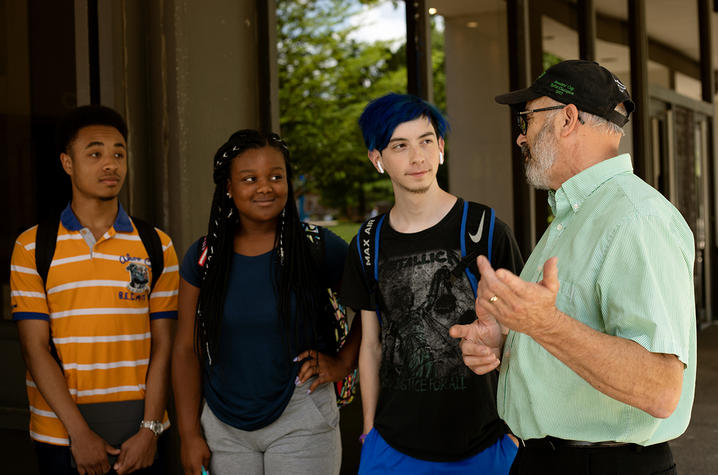 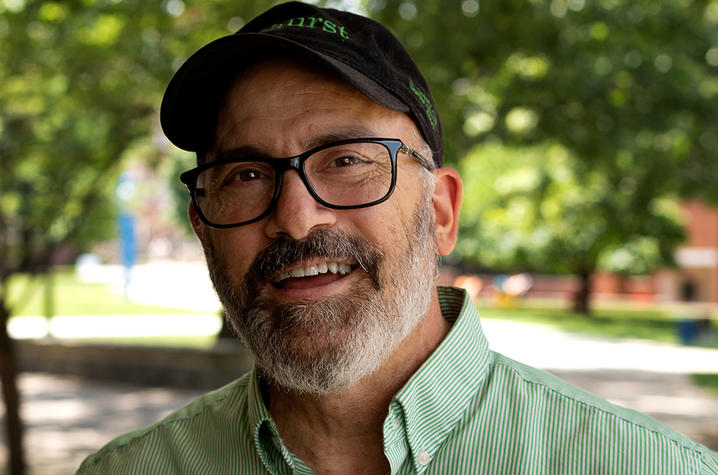 LEXINGTON, Ky. (Aug. 6, 2019) — Sometimes it’s the path we least expect that brings us the most reward. This is certainly the case for University of Kentucky Biology Professor Pete Mirabito, who was recently honored for his long-time involvement with the Summer Institutes on Scientific Teaching.

Originally, Mirabito was just a kid like many others with dreams of being a professional football player. Although talented, school was more of a necessity than a passion.

“I had math and science skills in high school, but I wasn’t really paying attention to any of them,” Mirabito said. “When I stopped growing, it ruled out my pro football plans, so I had to figure out what else I could do.”

After some advice from peers, Mirabito found himself going to college at the University of Florida with a major in food science, as a first-generation college student. Even still, nothing had really “clicked” for him.

“People told me I should go to college and I didn’t really know what that meant,” Mirabito said. “So I went and while I was there it was really fun, but it took me a while to come up with a vision of what that could lead to.”

It took an experience at a meat lab to finally set the ball rolling. After grinding up meat and plating it to determine numbers and types of bacteria, Mirabito’s curiosity took hold.

“I was so naive, I asked if there were people who studied what makes them different from one another and they assured me that people did that,” Mirabito said. “So I took a bacteriology course one summer as an extra class, and it just blew my mind.”

From there, Mirabito discovered a true passion for science. He graduated at the top of his food science class and had numerous opportunities to work for a number of companies in the food industry. Instead, his curiosity won again and he opted to put off work for a year and get a food science master's degree at University of California, Davis.

“At UC Davis I started taking actual science classes and it was all over,” Mirabito said. “That fantasy job or whatever went out the window. I started focusing on cell biology and genetics and just got lost in it and switched.”

A doctorate in genetics with a molecular biology focus and a fascination with the regulation of cell division in regards to cancer led him to his job at UK. While he thrived in the research component, Mirabito soon faced a new challenge: teaching.

“Initially, teaching was this bizarre thing that I had no experience with, so I did the best I could,” Mirabito said. “Over time it became clear to me that the best I could do was actually terrible, so I really started paying more attention to the teaching side.”

Just like his shift from food science to genetics, Mirabito made a shift from being a bench researcher to a devoted teacher.

“I did it on my own for a little while, just blindly stumbling around and reinventing a lot of things that were already known about teaching and learning,” Mirabito said. “Then the UK Department of Biology sent me to this workshop that was run by a group that promotes scientific teaching. Basically, it says when you teach, do it the same way you do science: have a goal going in, make sure you measure how well things went, then evaluate, make adjustments and go back in.”

The method taught in the group is called “Scientific Teaching;” it spans beyond simple lectures by creating an immersive classroom experience. After going back and attending the workshop every summer since 2011 as a facilitator, Mirabito was given the honor of being recognized as a Scientific Teaching Mentor by the Summer Institutes, funded by the Howard Hughes Medical Institute and the Leona and Harry Helmsley Charitable Trust.

“I’m very appreciative of their recognition and the biology department chair Vinnie Cassone and College of Arts and Sciences Dean Mark Kornbluh were appreciative as well, so it’s all been really great,” Mirabito said.

Mirabito intends to continue to attend as a mentor because he truly believes in the benefit of this week-long, nationwide program.

“You almost get this booster shot of energy when you go as a teacher,” Mirabito said. “At the end of an academic year you can be kind of worn down like ‘Wow is this really worth all this effort? Why don’t I just go and lecture, it’s so much easier.’ Then you go back to this thing and you remember why you’re doing all the stuff you’re doing.”