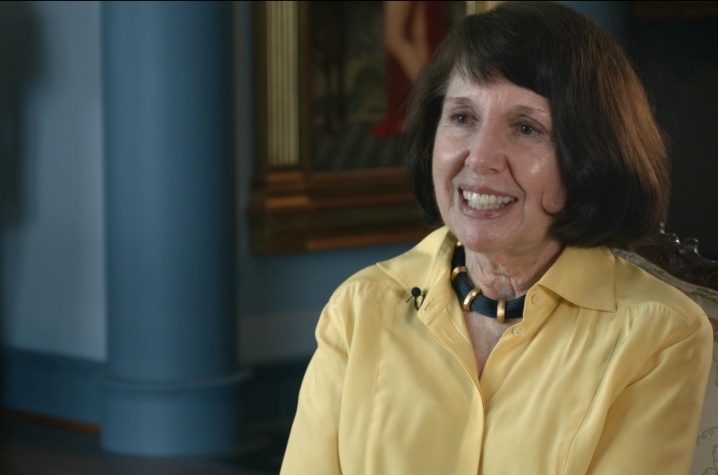 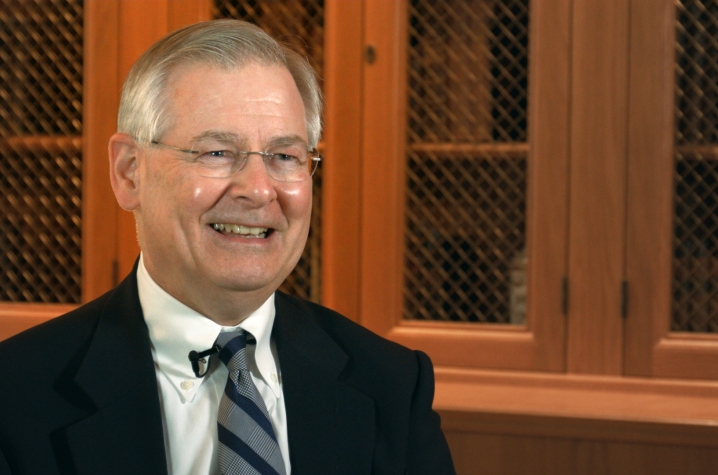 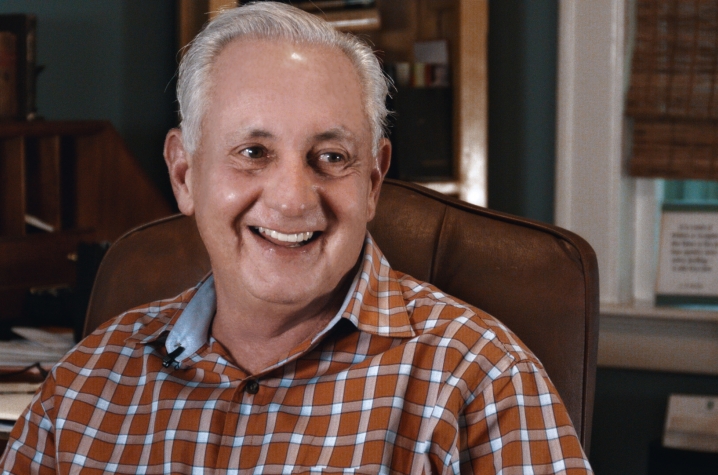 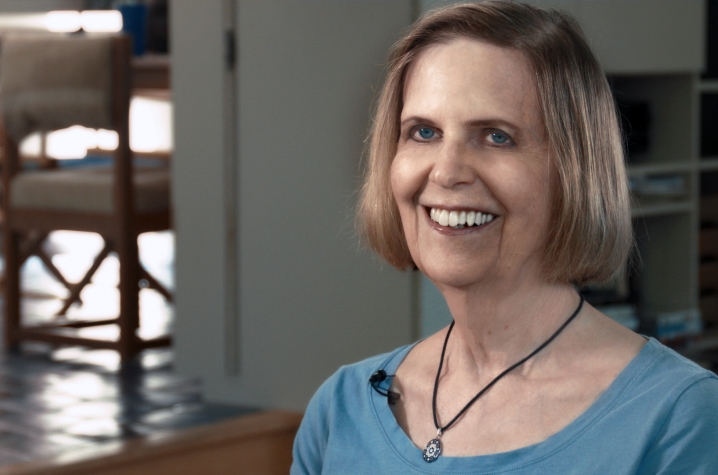 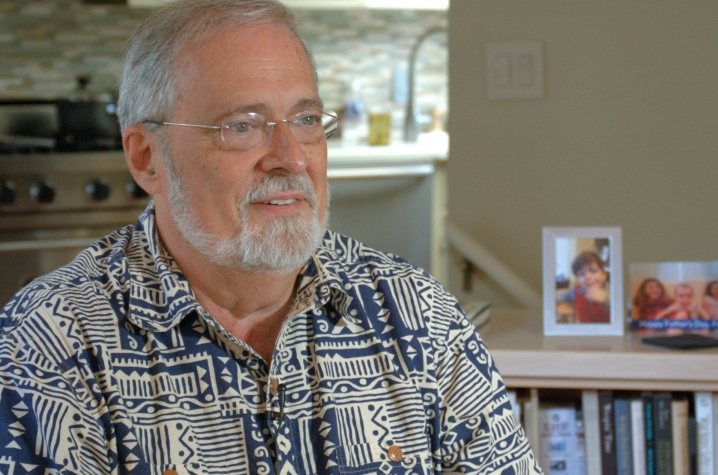 LEXINGTON, Ky. (Oct. 5, 2015) — Celebrating the accomplishments of distinguished alumni and faculty, the University of Kentucky College of Arts and Sciences will induct five new members into the its Hall of Fame Friday, Oct. 9.

Roger Di Silvestro was born in Cleveland, Ohio, and raised in Nashville, Tennessee. He received his bachelor’s degree in psychology from the University of Kentucky in 1972. Di Silvestro served as CEO for Athlon Sports Communications, a media company specializing in publishing and sports marketing, and retired in 2006 after 30 years with the company. In 2005, Di Silvestro co-authored "The Art of Constructive Confrontation," a methodological guide to building productive personal and professional relationships with reduced conflict. Today, he spends the majority of his time traveling the world and teaching constructive confrontation.

​Linda Challis Gill is a native Kentuckian from Louisville and Ft. Thomas. No stranger to adversity throughout her childhood, she learned how to overcome and succeed while growing up with an alcoholic mother. A scholarship allowed her to attend the University of Kentucky, and she received her bachelor’s degree in 1962. After considering a career in teaching, Gill chose to travel and see the world instead. She joined American Airlines as a flight attendant and later worked in public relations. She later pursued graduate work in counseling at San Francisco State University. She has been involved for more than 40 years in professional volunteering in the academic medical communities of Stanford Medical Center in Palo Alto, Methodist Hospital in Houston and the Massachusetts General Hospital in Boston.

In 1997, Linda and Jack Gill established the Gill Foundation of Texas, an educational philanthropy organization that has awarded nearly $35 million in gifts and grants. Linda serves as executive director of the Foundation, as well as advisor to the Gill Heart Institute at the University of Kentucky, advisor to the Gill Center for Biomolecular Sciences and board member of the Houston Methodist Hospital Community Council.

​Dr. David H. Johnson was born in Dalton, Georgia. He received a bachelor’s degree in zoology (1970), now housed in the Department of Biology, and a master’s degree in botany (1972) at UK before returning to his home state to attend the Medical College of Georgia, where he received his medical degree in 1976. He served as Chief of the Division of Hematology and Oncology at Vanderbilt University Medical School from 1993 to 2010. Johnson was the inaugural recipient of the Cornelius Abernathy Craig Chair in Medical and Surgical Oncology and co-founded the Vanderbilt-Ingram Cancer Center. In 2010, he relocated to Dallas to assume the Donald W. Seldin Distinguished Chair in Internal Medicine at the University of Texas Southwestern Medical Center.

Johnson's research is focused on developing effective therapies for lung cancer. He has received numerous awards for his research activities. In 2014, he was named to Thomas Reuters’ list of the World’s Most Influential Scientific Minds. Johnson has served as chair of the Board of Directors of the American Board of Internal Medicine (ABIM) and is currently a trustee of the ABIM Foundation. In 2004-2005 he served as president of the American Society of Clinical Oncology and championed the development of one of the country’s first cancer survivorship programs along with a pioneering cancer quality care initiative. Johnson is an elected member of the Association of American Physicians, master of the American College of Physicians and fellow of the American Society of Clinical Oncology.

​Bobbie Ann Mason was raised on her family’s dairy farm in Mayfield, Kentucky. Mason received her bachelor’s degree in English from the University of Kentucky in 1962. At UK, she was a staff member of the Kentucky Kernel and wrote a weekly satirical column. Gurney Norman was one of her first inspirations as a writer. She took creative writing courses from Robert Hazel, who was a mentor to a cluster of writers — including Norman, Wendell Berry, James Baker Hall and Ed McClanahan — who all made their way back to UK to teach in the Department of English. She earned her master’s from Harpur College at Binghamton University in 1966, and after finishing her doctorate in literature at the University of Connecticut in 1972, she turned to writing fiction. In 1980, during a period of renaissance of the short story, The New Yorker magazine began publishing her fiction.

Mason’s first book of fiction, “Shiloh & Other Stories,” won the PEN/​Hemingway Award, and her first novel, “In Country,” was made into a Norman Jewison film starring Bruce Willis and Emily Lloyd. She has received the Arts and Letters Award for Literature from the American Academy of Arts and Letters, as well as a Guggenheim Fellowship and a grant from the National Endowment for the Arts. Her writing has won the Kentucky Book Award and the Southern Book Critics Circle Award. Mason is former writer-in-residence at the University of Kentucky (2001-2011). Her most recent novel, “The Girl in the Blue Beret,” ventures into World War II and the ways it is remembered.

​Kevin Kiernan is the T. Marshall Hahn Senior Professor of Arts and Sciences Emeritus at the University of Kentucky. He spent his entire 35-year career (1970-2005) in the Department of English at UK, specializing in Old and Middle English language and literature, as well as digital humanities. Kiernan received his bachelor’s in English from Fairfield University and both his master’s and doctorate in medieval studies from Case Western Reserve University. He was made a full professor at UK in 1981, served as chair of the Department of English from 1986 to 1990 and was elected Distinguished Professor of Arts and Sciences in 1999. Kiernan earned grants and fellowships from such groups as the American Philosophical Society, the National Endowment for the Humanities, The National Science Foundation, IBM and the Andrew W. Mellon Foundation. In 1992, in collaboration with students and colleagues from across the university, Kiernan founded the Collaboratory for Research in Computing for Humanities, which provides infrastructure and support for faculty undertaking projects in the digital humanities.

His first book, "Beowulf and the Beowulf Manuscript," revolutionized the dating of Beowulf and established him as a leading authority on the manuscript. Kiernan was asked to produce an electronic edition of this treasure by the British Library in 1992. Now in its fourth edition, the Electronic Beowulf is available for free online, hosted by the University of Kentucky. Its 21st anniversary was celebrated in three sessions in Kiernan's honor at the 2014 International Medieval Congress at Western Michigan University.