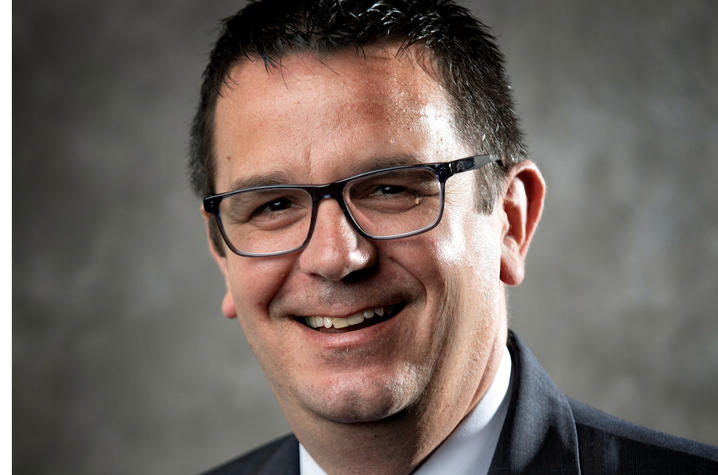 LEXINGTON, Ky. (June 4, 2019) — David Melanson, assistant director for external affairs and development in the Center for Applied Energy Research at the University of Kentucky, has been re-elected by university staff to serve a three-year term as staff representative to the UK Board of Trustees.

“I am thrilled to have the opportunity to continue to represent 20,000 fellow university staff members on the UK Board of Trustees,” Melanson said. “UK staff work each and every day to improve lives and conditions in all 120 Kentucky counties, and I have the distinct pleasure of sharing their stories of perseverance and dedication with my trustee colleagues.”

Melanson has worked at the university since 2004. He began his UK career as the university’s first presidential speechwriter, a position he held for nearly seven years. He then worked as director of alumni and external relations for the UK College of Pharmacy for five years, before accepting a position as assistant director for external affairs and development at the UK Center for Applied Energy Research in December 2015.

Melanson is a native of New Hampshire and a graduate of the University of New Hampshire. He moved to Kentucky in 1999 to work as a reporter at the Advocate-Messenger newspaper in Danville. Melanson worked for Optimist International in St. Louis, Missouri, for three years, before returning to Kentucky in 2004.