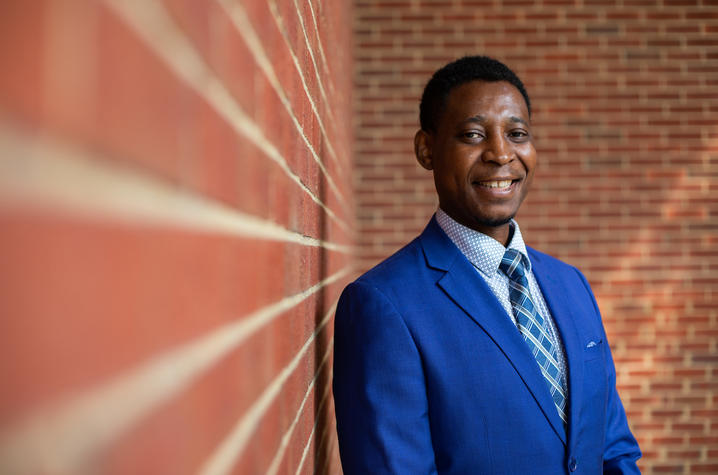 Zim Okoli is a professor in the College of Nursing and the executive director of Behavioral Health Wellness Environments for Living and Learning.

“Our college has a rich history of leaders and legends in the field of mental health nursing and we could not be more proud of Zim carrying on that tradition,” said Janie Heath, dean and Warwick Professor of Nursing at the UK College of Nursing. “Dr. Okoli’s rich research, clinical, and educational experience in the field of psychiatric nursing positions him to be an outstanding president for APNA, and I know he will excel in leading such a distinguished organization.”

Okoli was elected as the future president of the APNA by thousands of psychiatric-mental health nurse members from across the country. He will serve a term of three years, with his first year as president-elect, followed by a year as president and then a year as immediate past-president. His term will officially begin at the APNA 35th Annual Conference, to be held virtually Oct. 13-16, 2021. As president-elect, Okoli will assume responsibilities with the APNA Board of Directors as well as mentor current and prospective board and committee members and serve on the finance committee.

“Dr. Okoli’s commitment to excellence in the nursing field, improved patient outcomes and evidence-based practice has paved the way for him to serve APNA members, and in turn, improve the care of the patients they serve,” said Heath.