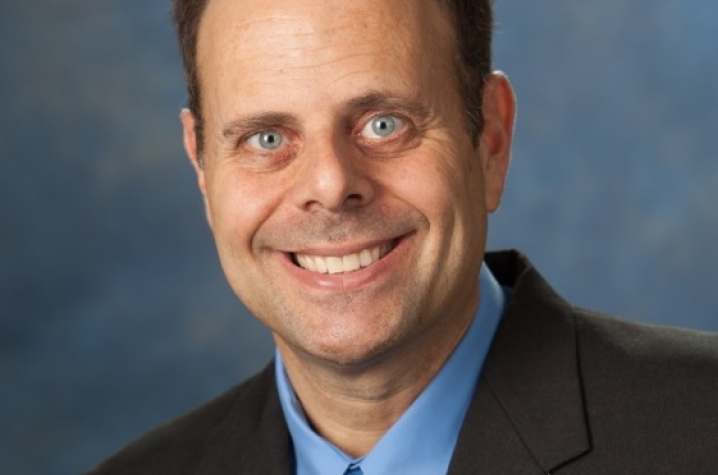 LEXINGTON, Ky. (Dec. 3, 2014) — A University of Kentucky economist has told the Louisville Metro Government that a proposed citywide minimum wage actually could  have a negative impact on employment.

Aaron Yelowitz, associate professor and director of graduate studies in economics in UK's Gatton College of Business and Economics, citing economic research he has done on citywide minimum wages in  Santa Fe, New Mexico and San Francisco, California, said, "There is consistent and compelling evidence that raising the citywide minimum wage increases unemployment and harms the labor market."

Yelowitz, testifying recently before a Louisville Metro Council committee studying the issue, added, "The concerns about businesses relocating and unemployment rising are amplified in Louisville. And if your goal is to improve the lives of working families, a citywide minimum wage doesn't solve that problem."

The committee is scheduled to meet Thursday, Dec. 4, to decide whether to recommend bringing the proposed ordinance before the full council on Dec. 11 for a vote.

Citywide minimum wage ordinances are uncommon across the U.S., and Yelowitz said there is a good reason for that.

"The answer is that some businesses can escape the minimum wage by moving outside of city lines," said Yelowitz. "Even if businesses don't relocate, customers do, by shopping elsewhere. If people can do their shopping outside of city lines, it restricts the ability of businesses to pass along the higher labor costs of the minimum wage through higher consumer prices. In turn, that means businesses adjust in other ways -- such as cutting hours, laying off workers, or not hiring when someone leaves -- in order to maintain their bottom line."

According to Yelowitz, if Louisville raised its minimum wage from the current $7.25 to ultimately $10.10 per hour, a 39 percent increase, the main avenue of adjustment by businesses would be through the labor market rather than through consumer prices.

Another factor is the relatively low cost of living in Louisville as compared with many other cities. Hiking the minimum wage in San Francisco to $10.74 per hour is not that dramatic because the cost of living is so high. Raising it to $10.10 per hour in Louisville has a real effect on a businesses' operating costs. In addition, areas surrounding Louisville, including southern Indiana and the rest of Kentucky, have the federal minimum wage of $7.25 per hour.

"The final issue to consider is whether minimum wages improve the lives of working families," said Yelowitz.  "The answer is 'no.' In an analysis of Kentucky, I found two important things that relate to the discussion in Louisville. First, just 12 percent of low earners are single earners with children. The largest group, 28 percent, lives with parents or relatives. Poverty among the working poor is about hours of work, not wages.

"Full-time, full-year work leads to greater reductions in poverty than raising the minimum wage, said Yelowitz. "It is about hours, not about wages."

A video of Yelowitz' testimony before the Louisville Metro Council can be accessed here http://www.cato.org/multimedia/media-highlights-tv/aaron-yelowitz-testifies-proposed-minimum-wage-ordinance-louisville.

Congressman John Yarmuth (D-Louisville) disagrees with Yelowitz on the issue as evidenced by this recent Louisville Courier-Journal article http://www.courier-journal.com/story/news/politics/metro-government/2014/10/30/john-yarmuth-encourages-metro-council-increase-minimum-wage-locally/18205179/.

Since its founding in 1865, the University of Kentucky has been dedicated to improving people's lives through excellence in education, research and creative work, service, and health care as Kentucky's flagship institution and one of the nation's top land grant universities. Please join us in celebrating the university's 150 year storied history and help us build on that tradition of success as part of UK's sesquicentennial celebration through 2015. Visit uknow.uky.edu/sesquicentennial to access UK sesquicentennial news, in addition to archived news stories and announcements. Keep up with UK sesquicentennial activities on social media by looking for #UK150.