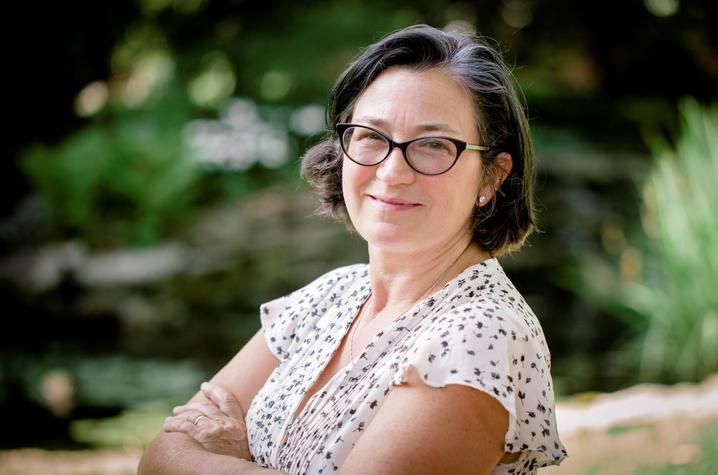 Kraemer received her master’s degree in library science from the University of Kentucky and began working with UK Libraries in 1999. Throughout her career, Kraemer has been enthusiastic about experimenting with new technologies to explore potential benefits in education and libraries.

She was a leader in encouraging the university to adopt electronic theses and dissertations (ETDs), and served as conference co-chair when the university brought the international Electronic Theses and Dissertations Symposium to campus in 2004. Kraemer was also one of the primary developers of UK Libraries’ website content management system, at a time when there were not many such systems available commercially.

Kraemer has a long record of service on university level, technology-related projects. She was among a small group of librarians who organized the first University of Kentucky virtual college fair held in Second Life in 2007, and continued to serve as manager, organizer and advocate for the multidisciplinary UK Virtual World Project for nearly 10 years. She has also served as chair of the university’s Information Technology Coordinating Committee, co-chair of the Student IT Enablement Task Force and as a member of the UK Apple Partnership Academic Advisory Board. For her valuable work, Kraemer was the faculty recipient of the ITS Customer Excellence Award for Leadership in IT Advancement in 2018.

Innovation is a common thread running through many of Kraemer’s projects and interests. In 2018, she spearheaded a library project to promote the role of curiosity in education known as “Curiosity is Key.” The project, created to highlight the importance of curiosity in higher education, involved on-campus and virtual exhibits, drop-in information sessions, field trips and the now-annual Curiosity Fair. An estimated 400 people attended the 2019 Curiosity Fair, which included 40 curiosity stations exhibiting disciplines ranging from science and technology to art and music.

“Beth’s determination and attention to innovative technological trends serve to foster important initiatives like the Curiosity Fair which, without her efforts, would not exist,” Weig and Vickery said.

The Paul A. Willis Award recognizes the outstanding achievements of a UK Libraries faculty member who stands out amongst their colleagues. Willis Award recipients are recognized annually at the UK Libraries Spring Gala, and Kraemer will be recognized at the postponed gala in spring 2021, along with this year’s winner of the Medallion for Intellectual Achievement, Professor Emeritus Robert Lawson; the Dean’s Award for Outstanding Performance recipients, Kelly McQueen, assistant director of finance, M Slone, programmer, and Sarah Watson, maps and geospatial services manager; and the Dean’s Award for Excellence in Undergraduate Scholarship recipients, who will be named in the spring semester of 2021.

“I am thrilled to receive the Paul A. Willis Outstanding Faculty Award. Our library faculty are all truly outstanding. It is an honor just to be part of this organization, doing work I love with colleagues who are all accomplished and dedicated,” Kraemer said.

The Willis Award is named for Paul A. Willis, former director of UK Libraries. A 1963 UK graduate, Willis served as a library director for 41 years throughout the Southeast. He worked as a cataloger at Library of Congress before beginning his master’s in library science. In 1966, he began as a circulation librarian at UK's Law Library before becoming university law librarian. He then served as director of UK Libraries from 1973 to 2003. He later served as University of South Carolina's dean of libraries from 2004 until 2007. During his career at UK, Willis created the Information Alliance consortium, planned construction of the William T. Young Library, and expanded its collection and services.