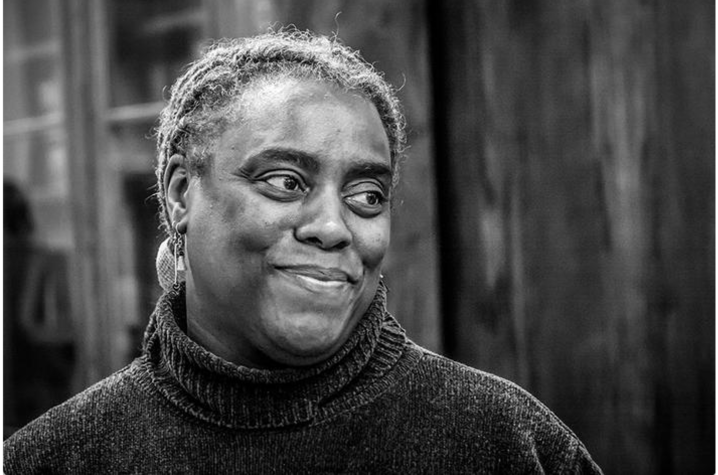 Bestowed annually and named for former UK Libraries director Paul A. Willis, the Willis Award recognizes the outstanding achievements of a UK Libraries faculty member who stands out amongst their colleagues.

“Reinette has had a profound impact that stretches beyond our campus and even our state, opening doors and creating pathways to knowledge that would otherwise be buried or inaccessible. I am thrilled that she is being recognized with the Willis Award,” said Doug Way, dean of UK Libraries.

Special Collections Research Center (SCRC) librarian Reinette Jones received a bachelor’s degree in journalism and a master’s degree in library science from UK. She has served the university and Lexington community at several campus locations since joining UK Libraries in 1988.

Currently serving as a member of the SCRC in community outreach, reference, research, and as an affiliate with African American and Africana Studies in the UK College of Arts and Sciences, Jones has developed several important resources for researchers at UK and beyond, including the research guide for lesbian studies and the Notable Kentucky African Americans (NKAA) Database.

Co-founded by Jones and fellow UK librarian Rob Aken in 2003, the NKAA Database features entries with names, places, events, communities, and sources that share the often untold or marginalized stories of African Americans in and from Kentucky. Boasting over 450,000 visits in the past year, the NKAA Database serves today as a major resource for research and learning at the state level with a growing patron base nationally and internationally.

Jones is the author of “Library Service to African Americans in Kentucky,” and co-author of “Special Libraries of the Bluegrass.” Her Black History Month Virtual Exhibits are available online in UKnowledge. Jones has also written more than 20 published articles on library history and Kentucky African Americans and has written several LGBTQ* short fiction essays. She has also created one of the most used research guides at the University of Kentucky Libraries, “Lesbian Studies.” The guide is one of very few academic research guides dedicated solely to lesbians.

Jones has been recognized for her work with the LGBTQ* community. She has received the Lexington Fairness Hall of Fame Award for Lifetime Commitment Towards Achieving Fairness; Imperial Court of Kentucky – Michael Thompson Community Service Award; both the Trailblazer Award and the Appreciation Award from Bluegrass Black Pride Inc.; and the University of Kentucky LGBTQ* Alumni of the Year Award.

“This award is about so much more than what I have done, it is a shared recognition to all of the contributors who keep on pushing. We thank you,” Jones said.

Jones continues her work with NKAA Database, the LGBTQ* communities, African Americans in Kentucky history presentations and interviews, and her weekly vignettes on some aspect of Kentucky taken from the collection of Kentucky newspapers.

A 1963 graduate of the University of Kentucky, Paul A. Willis served as a library director for 41 years throughout the Southeast. He worked as a cataloger at the Library of Congress before beginning his master’s in library science. In 1966, he began as a circulation librarian at UK’s Law Library before becoming a university law librarian. He then served as director of UK Libraries from 1973 to 2003. He later served as the University of South Carolina’s dean of libraries from 2004 until 2007.

During his career at UK, Willis created the Information Alliance consortium, planned the construction of the William T. Young Library, and expanded its collections and services.