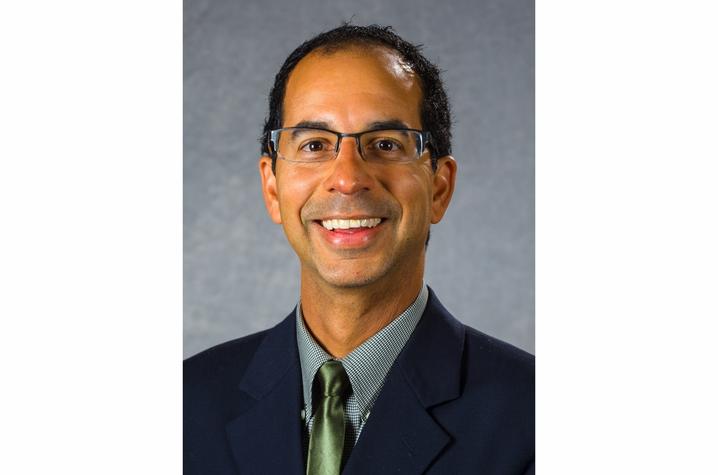 LEXINGTON, Ky. (June 4, 2018) —  University of Kentucky College of Agriculture, Food and Environment plant pathologist Michael Goodin will be receiving a high honor at the American Society for Microbiology (ASM) Microbe Conference June 7-11, in Atlanta. Goodin, a professor in the Department of Plant Pathology, recently was selected as the 2018 ASM Honorary Diversity Lecturer by the board of governors of the American Academy of Microbiology.

According to the academy, the criteria used to evaluate nominations for this prestigious selection include:

The aim of the ASM Honorary Diversity Lecturer program is to bring broader attention to the field of microbiology, in order to at attract more under-represented minorities (URM) to the discipline.

“The goal is to highlight exceptional work from an outstanding URM speaker in a highly visible forum and thus provide both more diversity to the program and showcase a role model for our trainees,” said Marina Moses, director of the academy, which is headquartered in Washington, D.C.

Goodin, who earned his doctoral degree in plant pathology from Pennsylvania State University and then served as a postdoctoral scholar at the University of California, Berkeley, has been a member of the UK faculty since 2002. In addition to service on many committees, he was the co-director of undergraduate studies for the Agricultural and Medical Biotechnology Program for eight years and has served on curriculum committees at the college and university levels.

“This is a tremendous and humbling honor,” Goodin said. “Diversity, given my genetic and cultural history, is central to who I am. Science and education have taken me to five continents. There are a great number of people who have contributed to my success, and so this lecture is a privilege and opportunity to give back to them by hopefully inspiring the next generation of scientists who are presently at the beginning of their journeys.”

UK Plant Pathology Department Chair and Professor Christopher Schardl was delighted when he received the good news about his colleague.

“Michael is very deserving of this recognition and I am so happy for him,” Schardl said.

Goodin’s lecture on June 9 will review his academic journey beginning in Jamaica to his current research at UK.