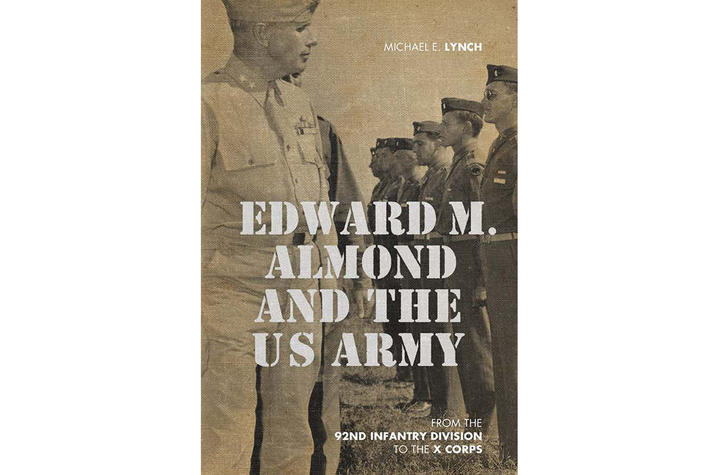 “Edward M. Almond and the U.S. Army: From the 92nd Infantry Division to the X Corps,” written by author Michael E. Lynch, is the recipient of the 2019 Army Historical Foundation Distinguished Writing Award for Biography.

LEXINGTON, Ky. (June 18, 2020) — University Press of Kentucky release “Edward M. Almond and the U.S. Army: From the 92nd Infantry Division to the X Corps,” written by author Michael E. Lynch, is the recipient of the 2019 Army Historical Foundation Distinguished Writing Award for Biography.

Lynch’s book achieved a nearly perfect score from the judges on the award committee, a first in the history of the awards.

"I am thrilled that ‘Edward M. Almond and the U.S. Army’ has been honored with this prestigious award, and privileged and humbled to be counted among the distinguished historians who have received the award in the past,” Lynch said.

Lynch’s book is a comprehensive look at a complex man, Lt. Gen. Edward M. Almond, who exhibited an unfaltering commitment to the military and to his soldiers, but whose career was marked by controversy. As a senior Army officer in World Wars I and II, Almond lived by the adage that "units don't fail, leaders do."

He was chosen to command the 92nd Infantry Division — one of only two African American divisions to see combat during WWII — but when the infantry performed poorly in Italy in 1944-1945, he asserted that it was due to their inferiority as a race and not their maltreatment by a separate but unequal society. He would later command the X Corps during the Inchon invasion that changed the course of the Korean War, but his accomplishments would be overshadowed by his abrasive personality and tactical mistakes.

The Army Historical Foundation, a nonprofit, tax-exempt organization, is dedicated to preserving the history and heritage of the American soldier. Its goal is to promote greater public appreciation for the contributions that America’s Army — Regular, Reserve, and National Guard — has made to the nation in 244 years of service. The foundation is the principal fundraiser for the National Museum of the United States Army at Fort Belvoir, Virginia.

The AHF Distinguished Writing Awards program was established in 1997 to recognize authors who make a significant contribution to the literature on U.S. Army history. Each year nominations are submitted to the Awards Committee by publishers and journal editors. A small group of finalists are selected and a final judging is made. The winners are announced in the spring. For more information on the foundation and its activities, please visit the AHF website.

Michael E. Lynch is assistant professor at the U.S. Army War College and research historian for the U.S. Army Heritage and Education Center. He is a contributing author to “Drawdown: The American Way of War and Black History of Shippensburg, Pennsylvania, 1860-1936.”