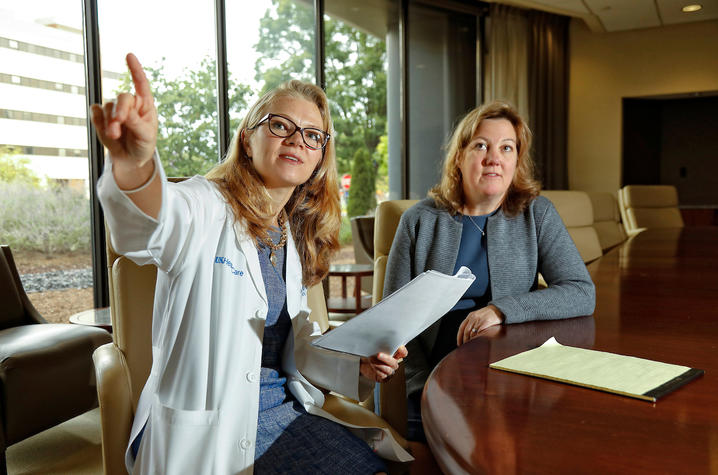 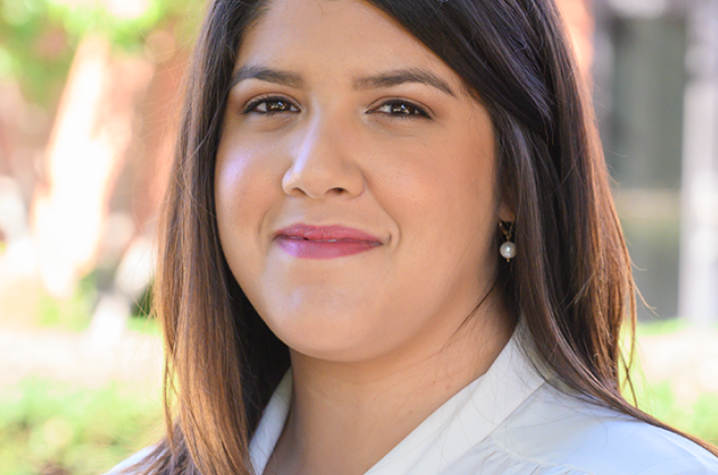 Created in 2000 and funded by the National Institute on Drug Abuse (NIDA) under the National Institutes of Health (NIH), this five-year extension will continue UK’s tradition of excellence in mentoring young scholars to become independent researchers in the field of women’s health and beyond.

Over 40 young scholars within the past two decades at the University of Kentucky have benefited from the mentorship this program provides in order to become prolific and well-rounded professors at universities across the country and at UK.

For Miller, one of the most valuable parts of this program was the dedicated time she had to develop her grant-writing and clinical trial development skills.

“In the program, most scholars were Ph.Ds.,” Miller said. “However, I’m an M.D., and a clinician, so the 50% protected time I received was especially valuable to me. The program opened my eyes to the resources I had at UK for clinical trials, which is what I am most involved with in my career today.”

During her time as a BIRCWH scholar, Miller developed skills that allowed her to put together a funded clinical trial to investigate cognitive impairment in those undergoing chemotherapy for gynecological cancers — otherwise known as “chemo brain.”

“This was a very big deal for me,” Miller said. “I even was invited to join the American Society for Clinical Oncology clinical trial development workshop in Vail, Colorado — and without BIRCWH, I would have never had the time or resources to engage with something like this as a new scholar.”

Miller says in addition to the professional opportunities, such as the one with the American Society for Clinical Oncology, she loved getting to know other scholars from across UK in different disciplines of women’s health.

“The opportunity for networking through BIRCWH was great as well,” Miller said. “Our regular meetings and workshops really allowed me to develop strong colleagues at the university, and I value those relationships still today.”

Ultimately, Miller said that the BIRCWH program success has been because of the great scholars who lead the program.

“Leadership in the BIRCWH program is incredibly strong,” Miller said. “Dr. Ann Coker, Dr. Thomas Curry and Dr. Kathy Martin mostly led me during my time in the program. They are the reason this program has received funding at UK for over 20 years — they’re incredible mentors.”

Many scholars, like Miller, go through the program and remain producing research centered in women’s health today. Others, however, began their research careers in women’s health and as they grew and developed, found themselves in different disciplines. For these scholars, the BIRCWH mentorship remained incredibly useful for them — it gave them broad skills and faculty connections that they are able to use no matter the area of discipline.

Phillip J. Bridges, Ph.D., associate professor in the College of Agriculture, Food and Environment at UK, is one of these scholars. He entered the BIRCWH program in 2009.

At the time, Bridges focused his research on issues of female infertility. He spoke about how this program helped develop his skills and helped him access important resources as a young faculty member.

“The mentorship I received as a scholar early in my career was truly invaluable,” Bridges said. “Especially as it related to the development of research interests with salary support that had the potential to generate results that could translate into funding at the competitive level, especially with NIH.”

Bridges, who ultimately found his path within the animal and food sciences department at UK, continues to study reproductive physiology, but in animals. Although he did not stay in women’s health, he said the support he received through BIRCWH truly helped him kickstart his career as a scholar, and he is so grateful to have participated.

“Overall, this was an incredibly valuable program to me,” Bridges said. “It definitely helped me as I navigated life as a new faculty member and developed my own research program at UK. In fact, program leader Tom Curry was and remains to be one of my greatest mentors, despite navigating away from the area of women’s health.”

Eleven years later, through the challenges of a worldwide pandemic, the BIRCWH program continues to provide support for the next generation of scholars at the University of Kentucky.

One current scholar, Caitlin Pope, Ph.D., assistant professor at the UK College of Public Health, joined the project in 2020. Her primary BIRCWH mentor is Daniela, Moga, M.D., Ph.D., an associate professor at UK College of Pharmacy, faculty associate with Sanders-Brown Center on Aging and former UK BIRCWH scholar. Pope said despite joining as a new faculty member in the midst of a pandemic, BIRCWH has still been a great experience — and has allowed her to strengthen her research roots here at UK.

“I am very humbled to be a BIRCWH scholar,” Pope said. “Nationally, the NIH BIRCWH program has supported so many early career faculty members over the years, including the program at UK. It has provided me with the dedicated time to develop my independent research program, which focuses on assessing age and gender differences in driving mobility, and how cognitive decline impacts safe mobility in older age.”

Specifically, Pope looks to understand how some older adults may be able to buffer the impact of cognitive decline from Alzheimer’s disease better than others, when it comes to mobility and driving. On average, women live longer than men, and make up nearly two-thirds of Americans living with Alzheimer’s disease.

“Understanding how cognitive decline is associated with driving mobility in this space can help us, as a society, better meet the functional needs of both men and women,” Pope said. “It will ultimately allow us to develop better interventions and policy that will help sustain independence while also promoting safety for our aging population.”

The BIRCWH group here at UK now meets once a week, allowing the scholars to share their progress on their studies with each other. Not only this, but they attend regular grant-writing workshops and manuscript writing groups to develop their academic writing skills — skills that will be crucial to have for the rest of their careers.

“The writing workshops are especially great because they really keep you accountable, and you receive very timely feedback,” Pope said. “I’ve learned so much already from Dr. Curry, Dr. Coker and Deb Rateri from the professional development office on how to write effective and impactful grant pieces, which is so important to the work I do, and the work that I will be doing for the remainder of my life.”

And for Pope, she hopes to make an impact in the lives of women across the world.

“My goal as a researcher is to help older adults sustain their functional independence for as long as safely possible,” Pope said. “Women are disproportionately affected by Alzheimer’s disease, and hopefully though this research we can help develop resources and tools that keep them functionally independent longer.”