GoPro footage of the spacecraft being ejected from the rocket at an altitude of nearly 94 miles.

LEXINGTON, Ky. (Aug. 28, 2017) — When you're developing a small spacecraft that can withstand up to 4,000 degrees Fahrenheit while reentering the Earth's atmosphere, a rocket launch is the only way to test your work.

So a group of University of Kentucky College of Engineering students did just that — at 5:30 a.m. on Aug. 13, they watched nearby as NASA launched their project into space on a 44-foot tall rocket from NASA's Wallops Flight Facility in Virginia.

"Being that close to a rocket launch was breathtaking," said Devin Sparks, a mechanical engineering master's student from Stanton, Kentucky, and team lead on the project, which also involves several undergraduate students.

"The countdown starts, then the rocket starts moving and there is a solid 2-3 second delay before hearing the rocket take off," he said. "I could feel the intensity of the launch hit my body; it was an experience that I won’t forget."

The team's small spacecraft — a 7.5-inch diameter re-entry capsule — reached an altitude of 94 miles before coming back down to Earth. The video above, taken on board the rocket, shows the capsule being ejected from the rocket, before entering the atmosphere.

During its re-entry flight, the capsule tested its thermal protection system (or heat shield), data acquisition and data transmission via satellite. Heat shield technology in general is a high-priority need for the success of NASA's spaceflights. The UK re-entry capsule specifically could also solve some practical problems.

"For example, if an astronaut needs to send samples back to Earth, they could use a capsule like this," said UK College of Engineering Associate Professor Alexandre Martin, who is the team's faculty advisor. "Or if you're developing a space-approved instrument, you could add the instrument to the capsule, send it into space and see if it operates as expected."

The UK capsule started as a senior design project, continued for several cohorts of engineering students under Martin and is supported by NASA Kentucky. It was joined by projects from seven other universities as part of the RockSat-X program, the most advanced of NASA’s three-phase sounding rocket program for students.

Fifteen minutes after launch, the rocket with the eight projects descended by parachute and landed in the Atlantic Ocean. During the descent into the atmosphere, the UK ejection module's cameras burned up and video files became corrupted. But the team was prepared for this — they stored memory cards in a heat-protected box and wrote code to retrieve the corrupted files.

"The wait to recover the files was very intense," Sparks said. "We were excited to get the video because we felt like it would give us a lot of feedback on what exactly happened in space. After recovering them, we noticed the files had over two minutes of video, so this was a lot better than we expected. Everyone gathered around the laptop and watched with amazement … everything worked as planned."

Eventually, Martin and the team plan to send the capsule into orbit from the International Space Station. But first, they will conduct a full-scale test on a March 2018 launch. 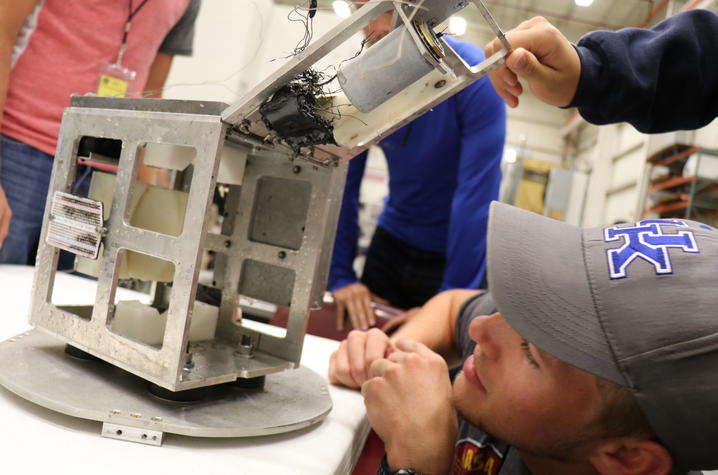 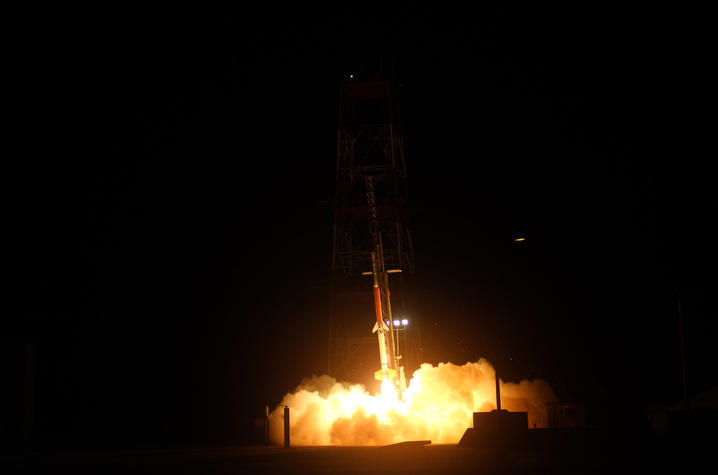 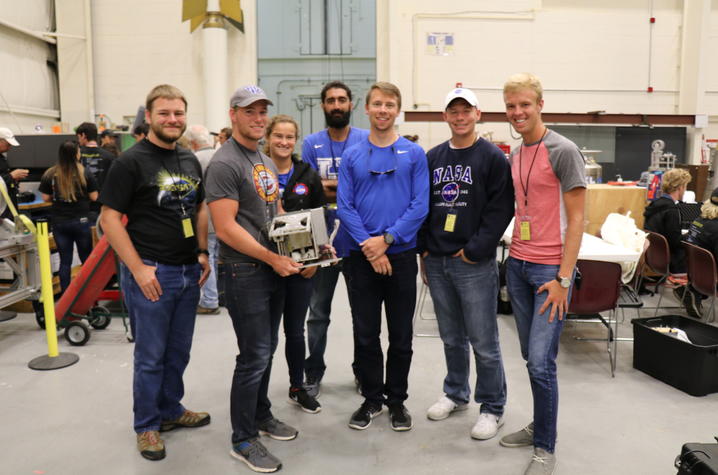 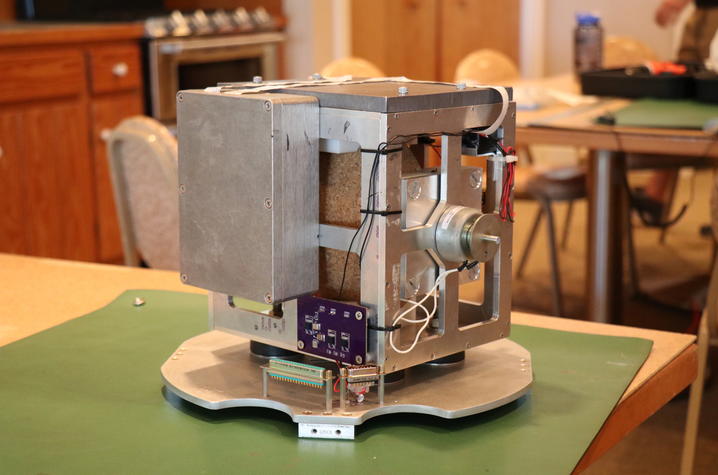 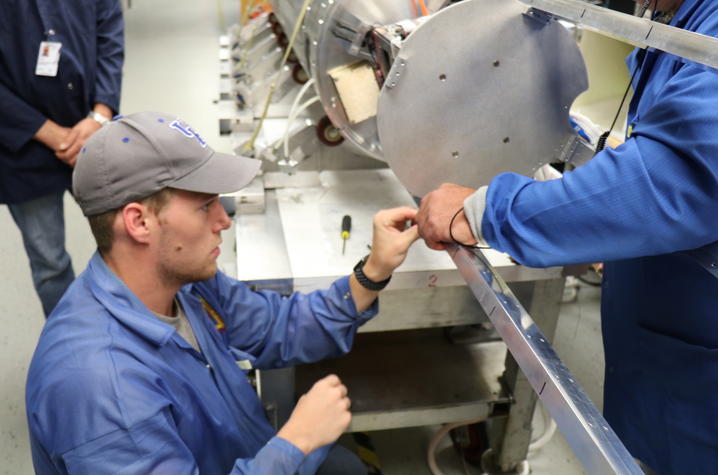