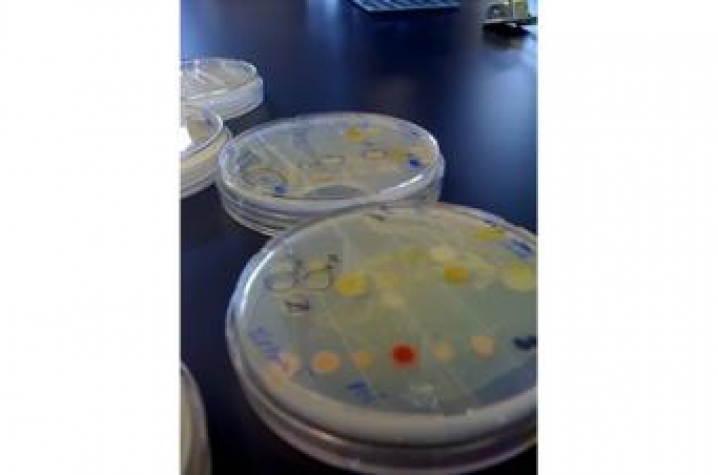 LEXINGTON, Ky., (June 7, 2016) — University of Kentucky researchers have found a link between changes in microbial communities on tobacco leaves and the development of carcinogens during the curing process.

A team of researchers led by Luke Moe, UK associate professor, found that the microbial community on the tobacco leaf changes during the air-curing process, especially during high heat and high humidity. Under these conditions, microbes that convert nitrate to nitrite appear to increase. Nitrate to nitrite conversion is key in forming carcinogenic tobacco-specific nitrosamines, referred to as TSNAs.

In the field, tobacco contains really low TSNA levels. For many years, University of Kentucky tobacco researchers and tobacco farmers in the state have noticed that hot, humid conditions increase the amount of TSNAs that develop during curing. To attempt to minimize the amount of TSNAs formed during curing, farmers open barn doors to increase airflow and lower humidity levels in the barn.

“If we can understand or manipulate the microbial community so that those microbes responsible for TSNA formation are absent from the leaf when it goes into the barn, we could potentially minimize TSNA formation regardless of curing condition,” said Moe, a microbial ecologist in the UK College of Agriculture, Food and Environment.

For this study, Moe worked with Audrey Law and Colin Fisher from the Department of Plant and Soil Sciences, and Anne Jack with the Kentucky Tobacco Research and Development Center. Fisher has designed a curing structure in which he can control humidity and temperature. For this study, researchers cured tobacco in the structure at temperatures ranging between 60 and 86 degrees Fahrenheit with humidity levels between 60 and 90 percent.

They reported their findings in the academic journal Microbial Ecology.

The researchers are conducting a follow-up study to examine the microbial communities present on tobacco leaves in the field and then characterize population shifts every two weeks during curing. This will allow them to better understand when microbial community changes are occurring and to pinpoint when these detrimental bacteria begin to increase on the leaf.