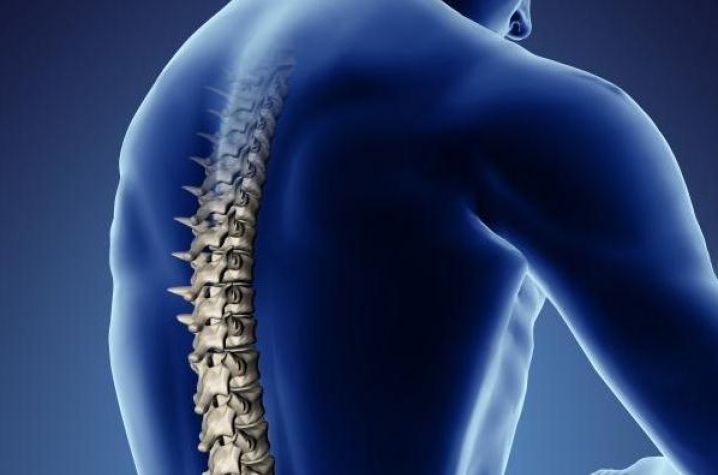 LEXINGTON, Ky. (Sept. 23, 2011) — A commonly used supplement is likely to improve outcomes and recovery for individuals who sustain a spinal cord injury (SCI), according to research conducted by University of Kentucky neuroscientists.

Sasha Rabchevsky, associate professor of physiology, Patrick Sullivan, associate professor of anatomy and neurobiology, and Samir Patel, senior research scientist - all  of the UK Spinal Cord and Brain Injury Research Center (SCoBIRC) - have discovered that in experimental models, severe spinal cord injury can be treated effectively by administering the supplement acetyl-L-carnitine or ALC, a derivative of essential amino acids that can generate metabolic energy, soon after injury.

The researchers previously reported that following spinal cord injury, the mitochondria, or energy-generation components of cells, are overwhelmed by chemical stresses and lose the ability to produce energy in the form of the compound adenosine triphosphate (ATP). This leads to cell death at the injury site and, ultimately, paralysis of the body below the injury level.

Rabchevsky, Sullivan and Patel have recently demonstrated that ALC can preserve the vitality of mitochondria by acting as an alternative biofuel providing energy to cells, thus bypassing damaged mitochondrial enzymes and promoting neuroprotection.

Results soon to be published show that in animal studies systemic administration of ALC soon after a paralyzing injury promoted the milestone recovery of the ability to walk. Unlike the animal control group given no ALC, which regained only slight hindlimb movements, the group treated with ALC recovered hindlimb movements more quickly and were able to stand on all four limbs and walk a month later. Critically, such remarkable recovery was correlated with significant tissue sparing at the injury site following administration of ALC.

Because ALC can be administered orally, and is well-tolerated at relatively high doses in humans, researchers believe that their discovery may be translated easily to clinical practice as an early intervention for people with traumatic spinal cord injuries.

Initial funding for these studies was provided by the Kentucky Spinal Cord and Head Injury Research Trust (KSCHIRT). Based on their findings, the research team has been awarded additional grant funding from the National Institutes of Health (NIH) and the Craig H. Neilsen Foundation, with the aim of enabling the investigators to study the beneficial effects of combining ALC with an antioxidant agent known as N-acetylcysteine amide (NACA).

The results were reported at the recent National Neurotrauma Society Symposium in July 2011, and will be presented again at the Society for Neuroscience meeting in November 2011.