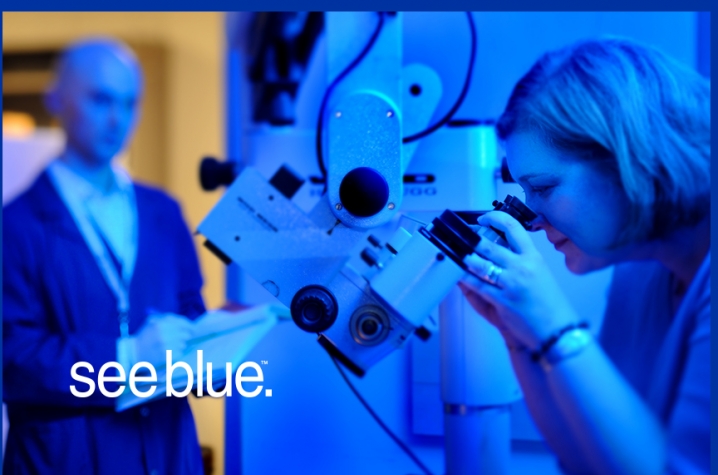 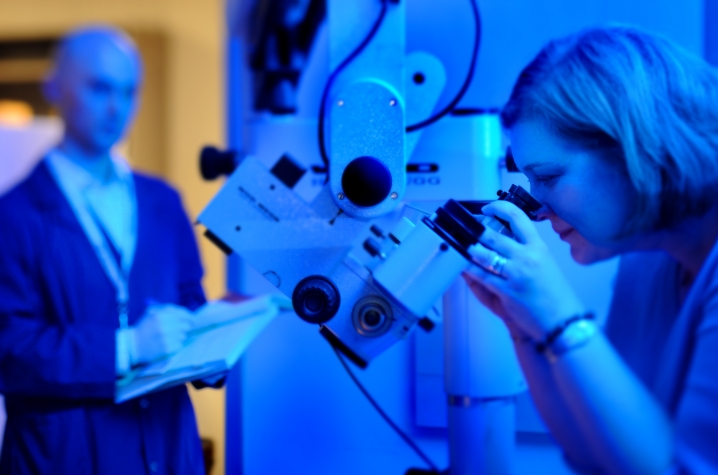 LEXINGTON, Ky. (Jan. 25, 2016) — In the late 1990s, Donna Wilcock was exploring electrical activity in the epileptic brain as part of her undergraduate study in England, but her focus took an interesting turn as her studies into brain function deepened.

"I began to wonder what, exactly, was going wrong in the brain as people developed dementia? What made them forget things?" said Wilcock. And that question bloomed into a career path focused on the triggers for a disease process that affects millions of people worldwide.

After stints in several university laboratories in the U.S., Wilcock was recruited to the University of Kentucky Sanders-Brown Center on Aging in 2011 and is now associate professor and the Sweeney-Nelms Professor in Alzheimer's Disease Research.

Her work in both areas has led to an interesting "triple play" that will help inform dementia research worldwide.

Cerebrovascular disease and vascular dementia can be caused by anything from strokes and transient ischemic attacks (TIAs) to the more exotic sounding —  but more common —  white matter infarcts or chronic cerebral hypoperfusion. Wilcock shares the view of many of her colleagues that this mix of vascular dementia and Alzheimer’s disease might explain why many promising drugs to combat AD have failed in clinical trials.

"If you are testing a drug against a single disease, but a person has more than one disease with similar symptoms, the drug may appear to fail," she says. "It's the prevailing view that, for this reason, the best chance for beating AD and other dementias will be a cocktail of drugs."

But the research community's work has been hampered by the lack of a reliable animal model that mimicked co-morbid AD and vascular dementia.

Then, in 2010, Wilcock read about the Oxford University's VITACOG study, which looked into the role B vitamins play in brain shrinkage and cognition in the aging population. Other researchers had also found memory deficits in mice given a diet deficient in B vitamins.

Since B-vitamin deficiency leads to elevated levels of homocysteine in the blood, termed hyperhomocysteinemia, or Hhcy, Wilcock wondered whether HHcy might be a reliable model for vascular cognitive impairment.

"The literature was suggesting a link between homocysteine and dementia incidence. Also, HHcy was already identified as a risk factor for stroke and cardiovascular disease,” said Wilcock.  "So I thought, perhaps if we induce HHcy in mice, and they subsequently showed signs of cognitive decline, this could model vascular cognitive impairment.'"

Wilcock describes the maze test as the human equivalent of remembering where you parked your car.  "The HHcy mice couldn't remember how to navigate the maze to find where their car was parked, so to speak, and also couldn't retain the information once they learned it, as evidenced by a reduced success rate on the second day of testing," she said.

Furthermore, since a mouse model for AD already existed, it was possible to create a model with both HHCy and AD by feeding mice with AD a diet deficient in B vitamins — in other words, a closer mimic to what happens in many humans with cognitive decline.

Why is that a big deal?

"It's currently possible to measure homocysteine levels with a simple blood draw," Wilcock said. "If we can demonstrate a causative connection between high homocysteine and cognitive decline, we could diagnose the second most common form of dementia with a blood test — and treat it with an inexpensive B vitamin supplement."

"Even better," she says, "we could perform relatively inexpensive routine screenings for hypohomocysteinemia and catch vascular dementia early, much like we do with mammography for breast cancer.

Wilcock is beginning to explore this possibility in collaboration with groups in the United Kingdom.

"Oxford University's OPTIMA study has collected annual homocysteine levels on many of their research participants, along with careful assessment of memory and ultimately tissue collection," she said.  "We hope we will be able to establish what, if any, brain pathologies are associated with a long-term HHcy, which is a logical next step in looking for treatments for people with both vascular cognitive impairment and AD."

The third leg of Wilcock's "triple play" involves just that.

"We know that mixed dementias all have some form of immune influence, although the exact pathways aren't yet defined," Wilcock says.  She likens the idea to tuning a radio: as there are many types of inflammation — some good and some bad — the key is to find the exact "frequency" that maximizes the influence of good inflammation and minimizes the bad.

Wilcock points out that this is where the concept of personalized medicine can take shape. "If we can use simple biomarkers, like blood or imaging studies, to determine what specific processes are contributing to dementia, then we may be able to formulate a cocktail of agents that will modulate, or fine tune, these processes," she said. "This might be the Holy Grail of treatment for most types of cognitive impairment. Our mouse is an important first step in that direction."