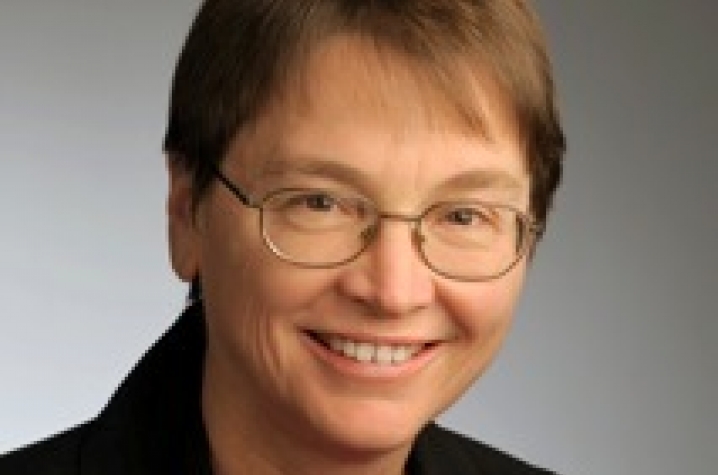 LEXINGTON, Ky. (June 27, 2013) — The University of Kentucky Sanders-Brown Center on Aging (SBCoA), in collaboration with Northwestern University and Columbia University, has produced new research findings which indicate the potential for a new class of drugs targeting early memory loss in conditions such as Alzheimer's disease. Linda Van Eldik, director of the UK SBCoA, is a senior author on the paper, which appears today in the journal PLOS ONE.

In Alzheimer's disease, changes in the brain begin to occur ten to 15 years before memory problems become evident. A new class of experimental drug-like small molecules shows promise for development into a future drug that can be tested in humans early in the course of disease.

In a mouse model of Alzheimer's disease, the molecules reduced memory impairment and repaired damaged communication among brain cells. The molecules were developed in the laboratory of lead study author D. Martin Watterson of Northwestern University Feinberg School of Medicine.

“This is the starting point for the development of a new class of drugs,” said Watterson. “It’s possible someday this class of drugs could be given early on to people to arrest certain aspects of Alzheimer’s.”

“This class of drugs could be beneficial when the nerve cells are just beginning to become impaired,” said Van Eldik.

One of the novel drug-like molecules, called MW108, reduces the activity of an enzyme that is over-activated during Alzheimer’s. The enzyme target is a stress-related protein kinase, p38alpha MAPK, a key protein that stimulates brain inflammation and damages the communication network within the brain.  Strong communication between neurons in the brain is an essential process for memory formation.

“These exciting results provide new hope for developing drugs against an important molecular target in the brain and a promising strategy for identifying small molecule drugs designed to treat a variety of neurological disorders,” said Roderick Corriveau, program director at the National Institute of Neurological Disorders and Stroke.

The next step in the research is to further refine MW108 so it is more metabolically stable and safe for use in humans and develop it to the point of starting a phase 1 clinical trial.

Other senior authors on the PLOS ONE paper are Wayne Anderson, professor of molecular pharmacology and biological chemistry at Northwestern, and Ottavio Arancio, associate professor of pathology and cell biology at Columbia.