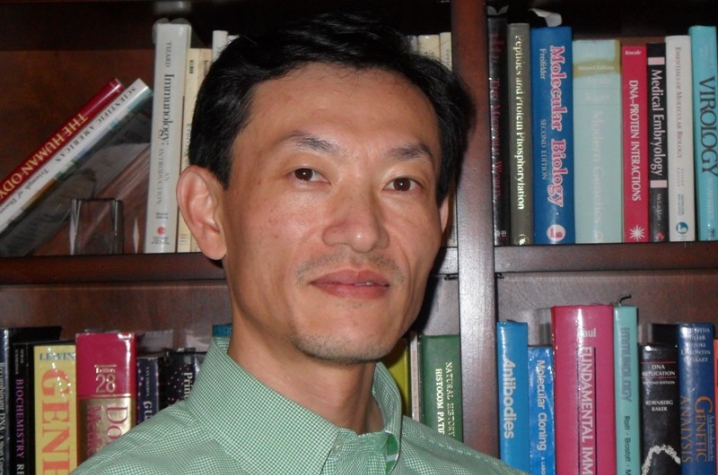 LEXINGTON, Ky. (Jan. 4, 2011) − Scientists at the University of Kentucky have discovered that plasminogen, a protein used by the body to break up blood clots, speeds up the progress of prion diseases such as mad cow disease.

This finding makes plasminogen a promising new target for the development of drugs to treat prion diseases in humans and animals, says study senior author Chongsuk Ryou, a researcher at the UK Sanders-Brown Center on Aging and professor of microbiology, immunology and molecular genetics in the UK College of Medicine.

"I hope that our study will aid in developing therapy for prion diseases, which will ultimately improve the quality of life of patients suffering from prion diseases," Ryou said. "Since prion diseases can lay undetected for decades, delaying the ability of the disease-associated prion protein to replicate by targeting the cofactor of the process could be a monumental implication for treatment."

The study was reported in the December issue of The FASEB Journal (www.fasebj.org), published by the Federation of American Societies for Experimental Biology.

Ryou's team used simple test-tube reactions to multiply disease-associated prion proteins. The reactions were conducted in the presence or absence of plasminogen. They also found that the natural replication of the prions was stimulated by plasminogen in animal cells.

"Rogue prions are one of nature's most interesting, deadly and least understood biological freak shows," says Dr. Gerald Weissmann, editor-in-chief of The FASEB Journal. "They are neither virus nor bacteria, but they kill or harm you just the same. By showing how prions hijack our own clot-busting machinery, this work points to a new target for anti-prion therapy."

According to the U.S. National Institute of Allergy and Infectious Diseases, prion diseases are a related group of rare, fatal brain diseases that affect animals and humans. The diseases are characterized by certain misshapen protein molecules that appear in brain tissue. Normal forms of these prion protein molecules reside on the surface of many types of cells, including brain cells, but scientists do not understand what normal prion protein does. On the other hand, scientists believe that abnormal prion protein, which clumps together and accumulates in brain tissue, is the likely cause of the brain damage that occurs. Scientists do not have a good understanding of what causes the normal prion protein to take on the misshapen abnormal form.

Prion diseases are also known as transmissible spongiform encephalopathies, and include bovine spongiform encephalopathy ("mad cow" disease) in cattle; Creutzfeldt-Jakob disease in humans; scrapie in sheep; and chronic wasting disease in deer and elk. These proteins may be spread through certain types of contact with infected tissue, body fluids, and possibly, contaminated medical instruments.

The co-author of the study is Charles E. Mays, formerly a graduate student in the Ryou lab.