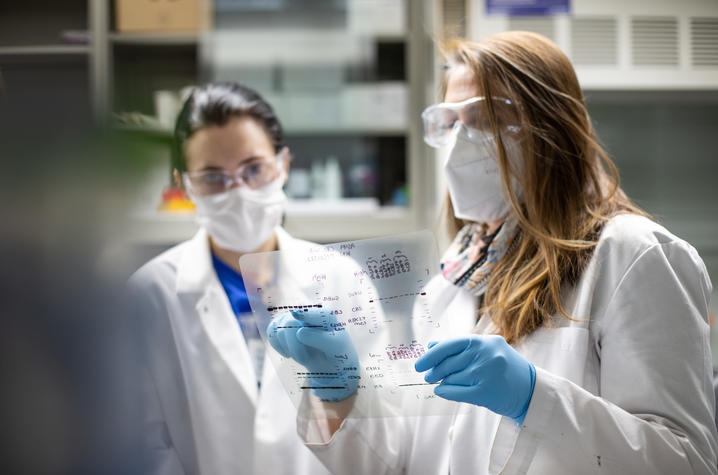 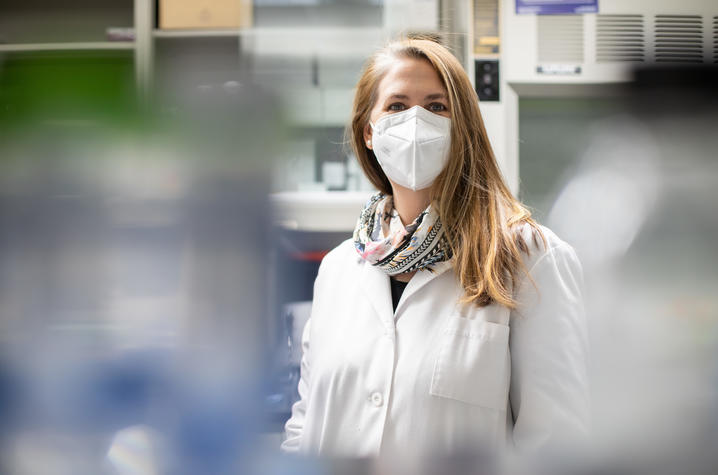 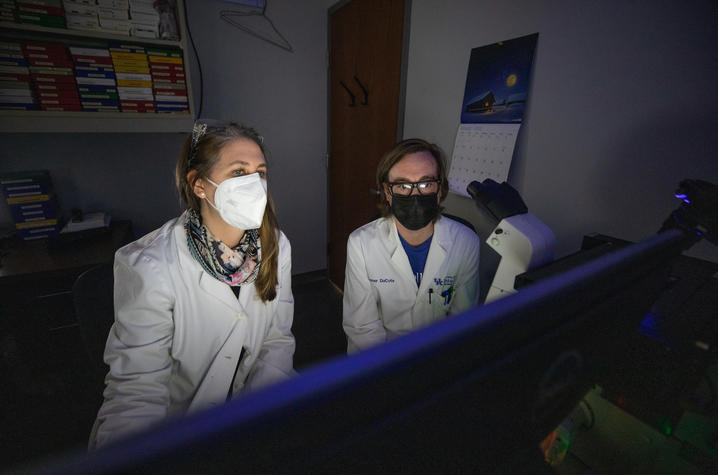 Cancer is caused by certain changes to genes that control the way our cells function, especially how they grow and divide. Brainson, an assistant professor in the College of Medicine’s Department of Toxicology and Cancer Biology, studies lung cancers with specific abnormal genes to define new potential therapy options.

Brainson’s lab works closely with Markey’s Molecular Tumor Board (MTB), which analyzes the genes in tumors to help oncologists choose precision cancer therapies tailored to each patient’s individual needs. This information helps direct research and development of new therapies that target the types of cancers found at Markey and throughout Kentucky.

Research published in Advanced Science focuses on EGFR-driven adenocarcinoma, a type of non-small cell lung cancer that happens in both smokers and non-smokers that remains a leading cause of cancer death in the U.S. One of the major treatment options for EGFR-driven adenocarcinomas targets the epidermal growth factor receptor (EGFR) protein using a therapy called tyrosine kinase inhibitors (TKIs). However, patients often develop drug resistance to TKI treatment.

Brainson’s research suggests that combining TKI treatment with additional targeted therapies could be more effective for patients that have resistance to TKIs.

Her team activated EGFR in the lung cells of a mouse model, which created tumors in the lower parts of the lungs. They next tested if different cells in the lung could ‘become’ tumors when EGFR was activated using a system to grow the cells outside the mouse. These groups of cells, called tumoroids, allowed the researchers to ask which cells could give rise to which types of tumors and what the earliest events in the tumor initiation process were. They used these tumoroids to examine drug responses to different TKIs and targeted therapies and confirmed pathways activated in the mouse model were consistent with human cancer cells.

“This suggested that patients with TKI resistance may have similar EGFR-driven tumors, which have distinct drug vulnerabilities,” Brainson said. “So combining TKIs with therapies to target these cells could make the tumors more sensitive to TKI treatment.”

Another study published in Cancer Letters focused on a mutation in the gene PIK3CA, which is part of the PI3 kinase complex and a common mutation in cancer including non-small cell lung cancers. While PI3 kinase inhibitors have been developed to treat this genetic subclass of lung cancer, they are not as effective as initially hoped, Brainson says.

Brainson’s team built a PIK3CA tumor model to test different therapies and found that PI3K inhibitors were more effective when combined with another drug called a EZH2 inhibitor. Both copanlisib, the PI3K inhibitor tested, and tazemetostat, the EZH2 inhibitor, are already FDA-approved. This eases the transition to clinical research, Brainson says.

Brainson is now working with the lung translational group to understand how findings from both studies could be used to guide clinical trials.