LEXINGTON, Ky. (May 21, 2019) — Dubbed "the man who can read the unreadable," the story of Brent Seales is one of patience and perseverance. With the computer science professor at the helm of the Digital Restoration Initiative, the University of Kentucky is poised to become a world-class leader in "unwrapping" cultural artifacts.

For more than two decades, Seales and his dedicated team — of staff and student researchers — have doggedly labored to do the impossible. With renowned expertise, they've non-invasively recovered fragile texts, such as Homer's "Iliad" and the Dead Sea Scrolls.

Yet, there is one mystery the team still longs to solve — revealing the elusive texts within the carbonized Herculaneum scrolls.

These papyri are among the most iconic — and inaccessible — of the world’s vast collection of damaged manuscripts. Buried and burned in the eruption of Mount Vesuvius in 79 CE, the scrolls offer a unique window to the ancient world. Unfortunately, they are too fragile to unroll.

Now, after a 10-year lull, Seales has found a way forward.

Thanks, in large part, to a $2 million grant from The Andrew W. Mellon Foundation, Seales finally has the materials access, funding support and technical approach needed to solve the 2,000-year-old mystery.

The prestigious Mellon grant will provide the resources the team needs to virtually unwrap and digitally restore the scrolls. It will also support the electronic compilation and dissemination of the entire Herculaneum collection, which is currently spread across four different institutions: the Bodleian Library at Oxford University, the British Library, the Institut de France and the Biblioteca Nazoinale di Napoli.

Using cutting-edge technology, Seales is embarking on a daunting task. No other researcher has managed to create a comprehensive catalog of Herculaneum papyri.

“No one can cast blame at past researchers, because no other time in history has afforded us the technological advances and collaborative spirit that exists now,” he explained. “Plus, there is a renewed interest in the classics. We have this realization that people may not always appreciate the great writings, literature and philosophy of the past. All of these issues make now the perfect time."

From Invisibility to Readability

This June, Seales will get the opportunity to oversee his first scans of Herculaneum scrolls in nearly a decade.

Several items from Naples, Italy, will be part of “Buried by Vesuvius: Treasures from the Villa dei Papiri,” an exhibit about Herculaneum at the Getty Villa in Los Angeles, California. Prior to going on display, the scrolls will be scanned in an imaging lab at the University of California, Los Angeles (UCLA). The scans will be instrumental in the final development of a specialized machine learning tool designed to reveal Herculaneum text.

In 2016, Seales' team developed the Volume Cartographer, a revolutionary computer program for locating and mapping 2D surfaces within a 3D object. The software pipeline is used with micro-CT to generate extremely high-resolution images — enabling the ability to read a document without ever needing to physically open it. The charred scroll from En Gedi was the first complete text to be revealed using the software.

"There have been a couple of cases where I've been the first human being to look at some characters that another human wrote down 2,000 years ago," Stephen Parsons, a staff researcher on the En Gedi project, said.

While the first-of-its kind software has profoundly impacted history and literature, not all damaged artifacts are created equal.

Because it works with X-rays, the Volume Cartographer software relies on the presence of metals in ink to help distinguish the writing from the surface on which it sits. But Herculaneum ink is different from that used to pen ancient Hebrew and medieval documents. It's made of carbon, which is invisible to the human eye in micro-CT images.

To address this problem, the team has developed a neural network that "learns" how patterns in the data look when ink is present, as opposed to how patterns appear when no ink is present. A machine learning algorithm is trained to detect and recognize the unique data signatures. The teams’ ground-breaking work in this area was recently featured in a PLOS ONE article.

"There are similar problems in medicine that people are handling with medical CT scans, particularly of brain neurons," Parsons explained. "We're kind of right on the cusp, and it's my job now to help us get over the hump. That is challenging, of course, but it's pretty exciting."

The next step will be to apply the tool to the UCLA scans in hopes of reading the text wrapped inside the scrolls.

Over the years, Seales has been as committed to developing students’ talents as he has to revealing hidden words. He is currently leading a research team of six undergrads in Paris, France. They will spend a week surveying and studying Herculaneum materials at the Institut de France in preparation for scanning, which will take place next September at Diamond Light Source, a high-energy physics facility in Oxford, England.

By engaging in hands-on research, students are able to determine an area of interest and jump start their careers. "It's really fascinating to me to see these documents that people can't do much with,"  Kristina Gessel, a computer science student, said. "I'm still considering possibly going for a Ph.D., because this research is fascinating to me. What I've seen here is just absolutely awesome."

In addition to personal and professional benefits, an increased commitment to undergraduate research will enhance the prospects for U.S. leadership in computer science.

"It's just amazing that the work we are doing is putting Kentucky on the map," Kyra Seevers, a computer science student, added.

Seales is considered the foremost expert in the digital restoration of cultural antiquities. To this day, his quest to uncover ancient Western wisdom is ever evolving.

And though, at times, progress is slow and breakthroughs seem distant — Seales always remains steadfastly optimistic. He’s confident that it's only a matter of time before the Herculaneum papyri succumb to modern technology and, more importantly, to his team’s determination.

“We plan to keep showing the world what can be done, right here at UK," he said. "With the boost from prestigious organizations like the NEH and The Andrew W. Mellon Foundation covering our immediate research needs, our next step is to grow the Digital Restoration Initiative into a world-class imaging and restoration lab. Overcoming damage incurred during a 2,000-year span is no small challenge. But that’s what we do in Kentucky — conquer the seemingly impossible."

For more about Seales' fascinating work, tune into a recent edition of “Behind the Blue,” with UK Public Relations and Strategic Communications' Carl Nathe.

More information about the Digital Restoration Initiative can also be found online. 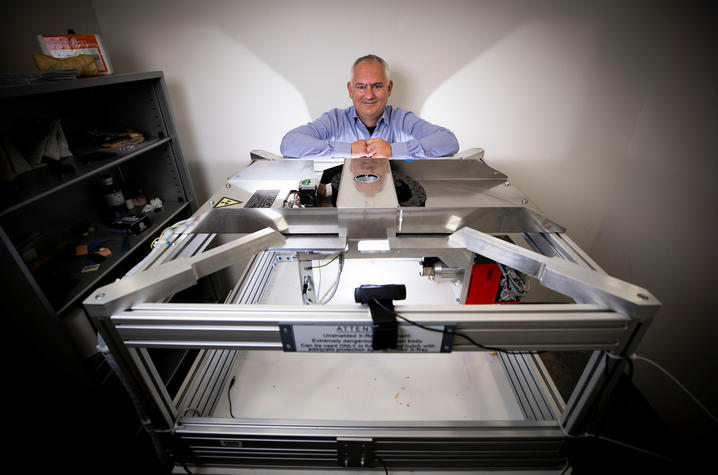 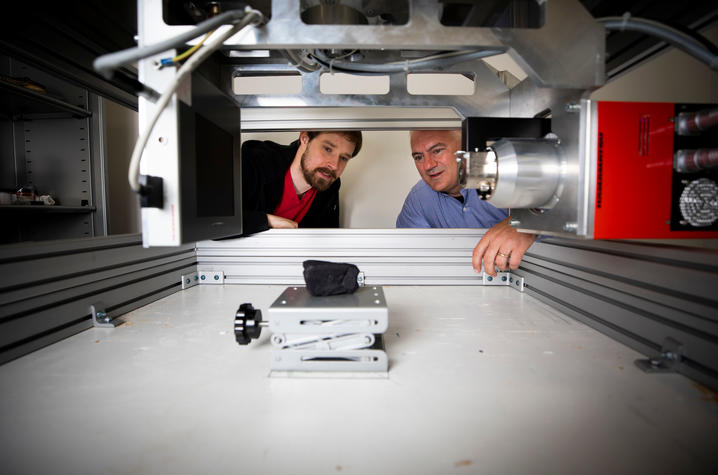