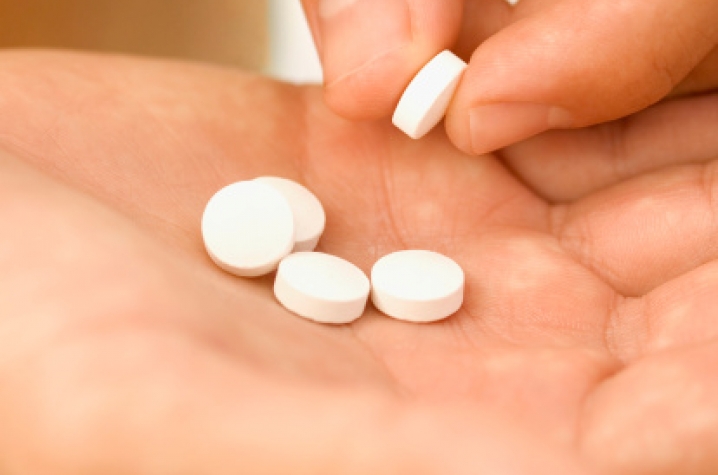 LEXINGTON, Ky. (Sept. 26, 2012) — A study by a team of University of Kentucky researchers has shed new light on the potential habit-forming properties of the popular pain medication tramadol, in research funded by the National Institute on Drug Abuse.  The paper is slated to appear in an upcoming edition of the academic journal Psychopharmacology.

Prescription pain killer abuse is a major public health problem in the U.S. In 2010, more individuals over the age of 12 reported nonmedical use of prescription pain relievers in the past month than use of cocaine, methamphetamine or heroin.

"Prescription pain pill abuse is a real problem in Kentucky. We have lots of overdoses. We held a summit here in February specifically about partnering law enforcement and medicine to tackle this problem," said lead study author William W. Stoops of the UK College of Medicine Department of Behavioral Science, the UK Center on Drug and Alcohol Research (CDAR) and the UK College of Arts and Sciences Department of Psychology.

The study utilized a double-blind, placebo-controlled design. Participants were given one of 12 possible dose combinations of placebo, tramadol, naltrexone and hydromorphone. Naltrexone is an opioid receptor blocker, used to attenuate the effects of opioid medications. Following drug administration, participants were evaluated based on self-reported measures, observer-reported measures, ocular measurements (such as pupil dilation) and performance tasks. Ten participants completed the study.

It was expected that if both tramadol and hydromorphone (Dilaudid®), a common opioid analgesic, acted similarly upon the nervous system, administering naltrexone would mitigate the effects of both drugs in a similar fashion. What was found was that while participants given both hydromorphone and naltrexone reported a lack of influence by the drug, patients taking tramadol and naltrexone reported still feeling "high". Participants who received hydropmorphone or tramadol with placebo also reported feeling affected.

"When we've given them placebo and the opioid receptors are not blocked, tramadol and hydromorphone produce fairly similar effects," said Stoops. "They make subjects say that they're high, they make subjects say that they like the drug, those kind of things. Tramadol does produce some bad effects; folks are saying that it makes them a little nauseous so it is a little distinct from hydromorphone in that manner, which is important. When we gave folks naltrexone, when we blocked those opioid receptors, hydromorphone didn't produce any effects, it was like we'd given them placebo. It completely blocked the effects of hydromorphone because the primary way hydromorphone works is on the opioid receptors in the brain; they're blocked so of course hydoromorphone isn't going to produce an effect. With tramadol, we did not see anywhere near the blockaded effect that we saw with hydromorphone. We need to test a  higher naltrexone dose to confirm that this is the case."

The overall results of the study indicated that on measures such as "liking" and "street value," participants rated tramadol highly, suggesting an increased potential for abuse. However, in order to reach these favorable ratings, participants had to take doses well above the normal therapeutic range, and into a range which also produced several negative side effects such as gastrointestinal illness, vomiting and feeling unwell.

"The important thing about this is I think we all assumed that any abuse of tramadol or any abuse potential tramadol had was because of the way it activated the opioid receptors in the brain and that may not be the case," said Stoops "It's pretty well accepted that with opioid drugs like oxycodone, hydromorphone and hydrocodone, when you block the opioid receptors in the brain, folks aren't going to abuse the drug. That is not the case for tramadol. Opioid receptors are important in tramadol use and abuse, but they appear to not be the entire story."

See the embedded video to hear Stoops describe the study and results in his own words.