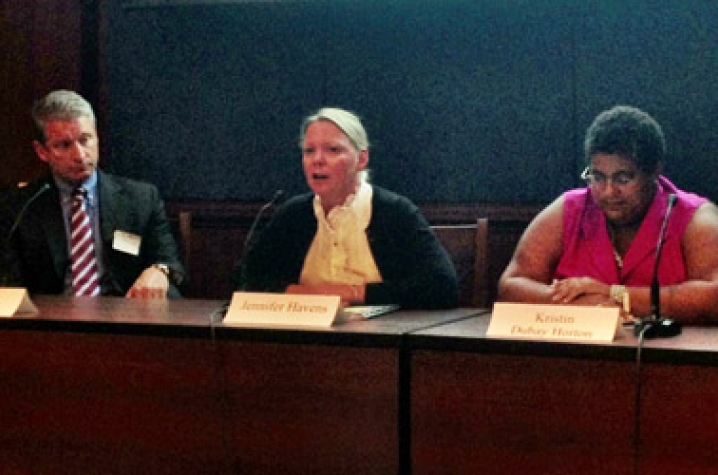 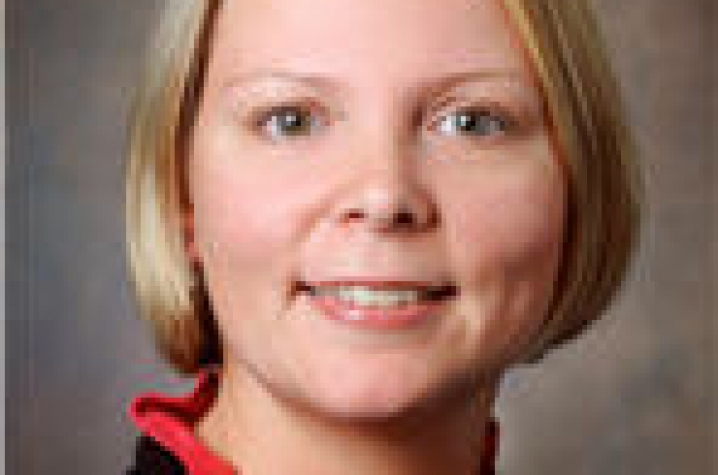 LEXINGTON, Ky. (Aug. 30, 2013) — In July, the University of Kentucky's Jennifer Havens sat on a panel in Washington D.C., addressing the current U.S. congressional ban on federal funding of syringe services programs (SSPs) advocating that releasing the ban will positively affect the rising abuse issue. Havens stated that releasing the ban would create a positive effect on the fight against rising injectable drug abuse levels in Kentucky and throughout the nation.

Havens is an epidemiologist in the UK College of Medicine Department of Behavioral Science. She is a leading researcher in epidemiology of prescription opioid abuse in rural Appalachia, as well as HIV and other infectious complications of drug use, and the comorbidity of substance and mental disorders. She is also currently appointed in the Center on Drug and Alcohol Research.

As a researcher working in rural Appalachia, Havens sat on a panel July 23 along with two other professionals testifying that syringe services programs are greatly needed and should be made available and well-funded by the federal government. According to Havens, ending the current U.S. Congressional ban on federally funding SSPs would not only reduce the spread of blood-borne diseases like HIV and hepatitis C, but also help to link drug users to treatment, improve community safety, and save millions in taxpayer dollars.

"Dr. Havens' ground-breaking research underscores the idea that education and prevention of injection drug use, as a relatively recent phenomena in rural Appalachian Kentucky, is critical since most rural drug users have not received education on how to prevent overdose, HCV or other STIs," said Carl Leukefeld, chair of the department of Behavioral Science, UK College of Medicine, and director of the UK Center on Drug and Alcohol Research.

Kentucky's Appalachian region is just one of many similar rural and suburban areas that have experienced a sharp increase in injection drug use in recent years. The number of heroin users in the U.S. has nearly doubled since 2007, as has the injection abuse of prescription opioid, resulting in a direct correlation in the rise of overdose incidences and diseases transmitted through syringe sharing.

"This is one of the most economically depressed areas of the country, so their priority at a local level is on keeping the lights on in schools and other very basic subsistence level needs," Havens said. "But if the ban were lifted, it would enable them to at least explore the option [of syringe services]."

Clean needle exchange serves as a positive way to make contact with opioid drug abusers, maximizing opportunities to admit them for counseling and addiction treatment while minimizing the risk for HIV and other related diseases. It implements a sense of accountability and trust between current drug abusers and those providing safe syringes, which can ultimately result in admitting addicts to treatment centers.

There are currently 186 cities, in 34 states, that are funding their own syringe exchanges, proving that many regions have already decided it is the right decision for them to instate such policies and funding. According to Havens' presentation, release of the federal ban on funding for such SSPs would result in upwards of $38 million in estimated HIV treatment cost savings by the prevention of infections, ultimately leading to savings for the American tax payer.