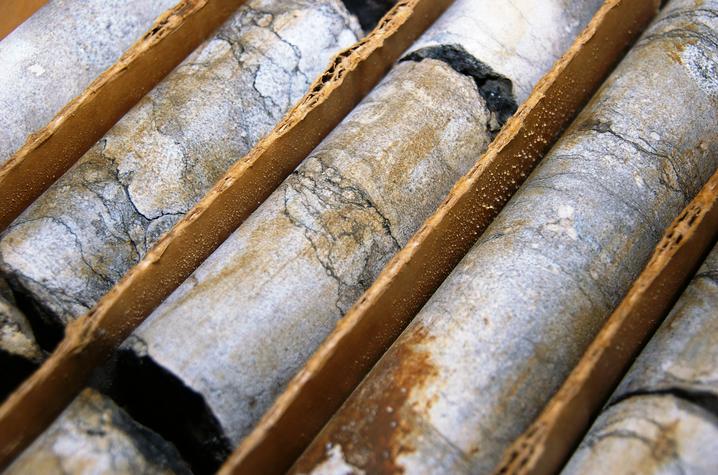 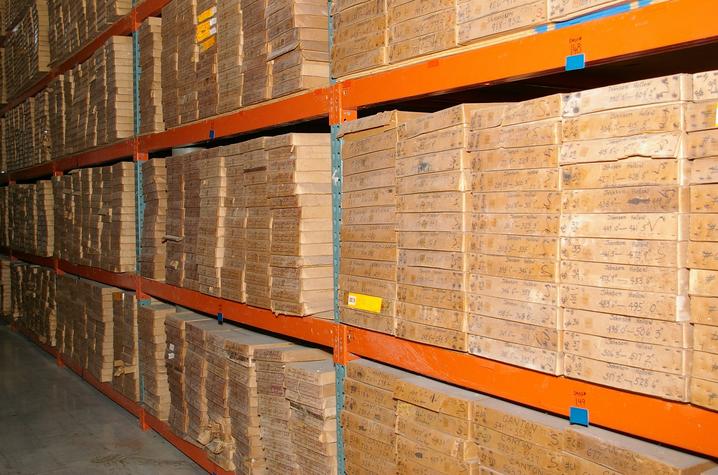 LEXINGTON, Ky. (Sept. 20, 2018) — A recently awarded federal grant will help the Kentucky Geological Survey (KGS), a research center within the University of Kentucky, improve the organization, accessibility and informational value of thousands of rock cores stored at its Well Sample and Core Library.

Cores are cylindrical samples of rock obtained when oil, mineral exploration and water wells are drilled. Cores may also be collected during site investigations for large construction projects. The KGS rock core collection, gathered from hundreds of wells over many decades, is an irreplaceable resource for geologists and engineers working in the Commonwealth.

The $243,473 grant from the Institute of Museum and Library Sciences (IMLS) will allow KGS staff and student employees to organize and re-label thousands of core-storage boxes, resulting in a collection that meets current archival standards. The project team will also photograph the contents of 10,000 core boxes, giving priority to those most often examined by researchers and other cores at the highest risk of deterioration.

"KGS will provide matching funds for this project, so this amounts to a three-year, nearly half million dollar project to begin creating a modern digital core library," said KGS Director Bill Haneberg. "The new capabilities will offer significant benefits to academic and applied researchers, environmental professionals, petroleum and mining geologists, students, and the public."

"Photos of the cores will be available online through the KGS website and in a registry of the System for Earth Sample Registration," said KGS Program Coordinator Liz Adams, who is managing the project. "Expanded access will help preserve the collection, make data and images for many of the cores more easily accessible through the internet, and reduce the number of core boxes that must be moved for examination at the Core Library. Each time a core box must be retrieved from the warehouse and re-shelved, there is some normal wear and tear as well as a chance of significant damage. Reducing the number of times core boxes are moved will also make the Core Library a more economical and efficient operation."

In addition to supporting professional geologists and engineers, KGS geologists will work with faculty at UK and other universities to develop student exercises using the core photos and information about the cores, such as the porosity and other properties of the rock. In a letter of support for the project, Western Kentucky University Geology Professor Michael May wrote that such exercises "make paper geologists into more complete geologists. This is something that I think is important and timely in the computer age — let’s get the kids to look at the rocks and integrate with all the 'paper records.'"

KGS will also update its education webpage to help non-geologists understand how the cores are used to interpret the geology of Kentucky. Survey geologists will develop an interactive Story Map to show the locations from which cores have been collected across the state.