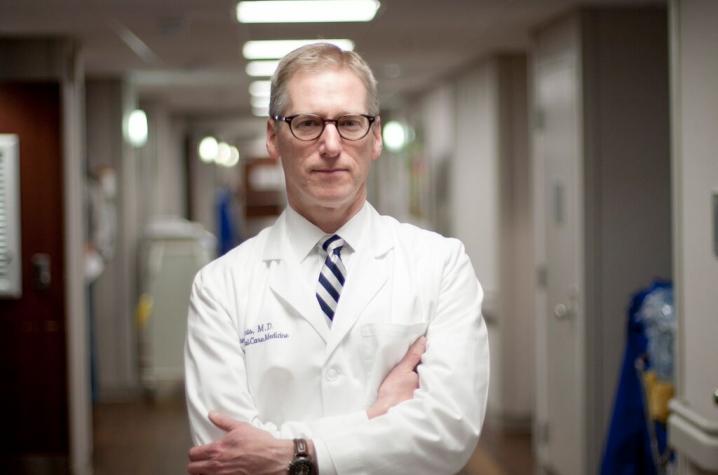 LEXINGTON, Ky. (Oct. 2, 2019) — New research suggests that patients with sepsis and septic lung injury could have a better chance of survival and recover more quickly when treated with vitamin C infusions.

Sepsis, a systemic and overwhelming response to infection, is a leading cause of death in U.S. hospitals, with up to 300,000 deaths reported each year.

CITRIS-ALI was a randomized, double-blind, placebo-controlled multi-center trial of 167 patients originally designed to study the effect of vitamin C on organ failure, a common complication of sepsis that often leads to death.

According to Dr. Peter Morris, chief of the Division of Pulmonary, Critical Care and Sleep Medicine at UK HealthCare, the trial did not meet its primary end point, but did find that treatment with intravenous vitamin C significantly reduced how long patients were hospitalized.

On average, the vitamin C group spent three fewer days in the ICU (seven days compared to 10) at day 28 and a week less in the hospital overall (15 days versus 22) by day 60 than the placebo group.

"We're delighted and intrigued by this preliminary data," Morris said. "This inexpensive and well-tolerated treatment would be a significant addition to our treatment arsenal."

Sepsis is a major contributor to disability, death and health care costs in the U.S. and worldwide. Patients with sepsis accounted for $23.7 billion in U.S. hospital costs in 2013 alone, according to the Agency for Healthcare Research and Quality.

Morris said a larger follow-up study funded by the National Institutes of Health is in the works.

Data from the study appears in the October issue of the Journal of the American Medical Association and available here.