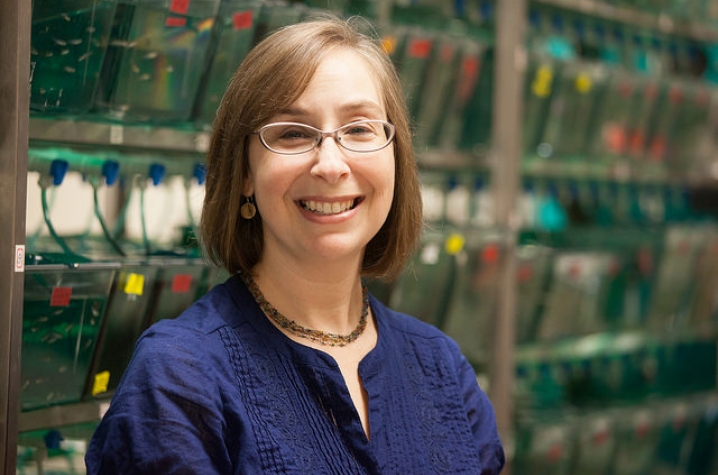 The small, minnow-like fish have eyes that develop in a way very similar to humans. Unlike humans, however, zebrafish have the ability to regenerate retinal cells following an injury. Diseases of the retina are a leading cause of blindness in older adults.

“With zebrafish the embryos develop outside the mother, and they are completely transparent. And development occurs very rapidly," Morris said. "So we can study the process of the development of eye under the light microscope in a dish, and it only takes a couple days to happen."

How is it that zebrafish can regenerate retinal cells and we can't? Morris says the answer is suspended between two distinct possibilities.

“The other possibility though is that certain vertebrates evolved that ability whereas others didn’t. And so it’s possible that mammals can’t regenerate neurons because they just don’t have that mechanism. I happen to believe it’s probably more of the former, that some of those abilities are there and they’re latent and we have to discover how to reactivate them.