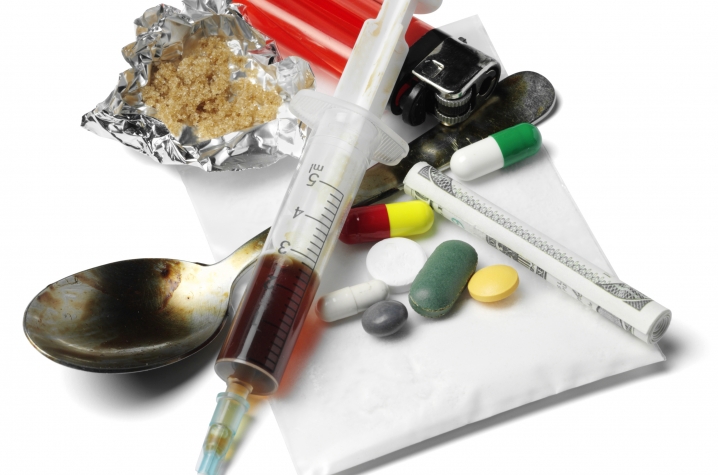 LEXINGTON, Ky. (Feb. 21, 2014) -- A new report from the Kentucky Injury Prevention and Research Center (KIPRC) reveals the prevalence and charges associated with drug overdose in the Bluegrass state. The report, "Drug Overdose Deaths, Hospitalizations, and Emergency Department Visits in Kentucky, 2000‐2012", analyzes overdose morbidity and mortality among Kentucky residents and documents the enormous societal and financial toll on the Commonwealth's population. KIPRC, located in the UK College of Public Health, is a bona fide agent for the Kentucky Department for Public Health.

The report includes points of encouragement and concern. The good news is that, overall, overdose deaths and emergency department visits leveled off from 2011 to 2012, and the contribution of prescription opioids and benzodiazepines to drug overdoses decreased. In 2012, there were 6,496 overdose emergency department (ED) visits and 1,031 overdose deaths, compared with 6,492 and 1,022 in 2011, respectively. Pharmaceutical opioids remained the primary cause of overdose deaths in the state. Benzodiazepines remained the primary drugs involved in Kentucky resident drug overdose ED visits and hospitalizations in 2012, but decreased 9 percent from a high of 939 visits in 2011 to 856 visits in 2012.  Intent to self‐harm was the primary reason for hospitalizations due to overdose, similar to years 2000‐2011. Casey, Carroll, Nicholas, Powell, and Johnson Counties had the highest overdose ED visits in the time period of 2008 to 2012.

The spike in drug abuse and overdoses involving heroin is not unique to Kentucky. According to the Substance Abuse and Mental Health Services Administration, the number of heroin users increased by 80 percent from 2007 to 2012. Similarly, the Centers for Disease Control and Prevention reports a 55 percent increase in heroin-related overdose deaths from 2000 to 2010. Many experts suspect a connection between increased heroin use and decreasing non-medical prescription opiate abuse.

Due to efforts like prescription drug monitoring programs, it has become increasingly difficult to obtain prescription drugs, while heroin has become cheaper and more accessible.  In Kentucky, drug prescribers and dispensers are required to report to KASPER (Kentucky All Schedule Prescription Electronic Reporting) and use the system to identify and reduce the number of patients who are "doctor shopping", or obtaining multiple prescriptions to support their drug addiction. Identification of such patients can also facilitate their referral to addiction treatment resources.

Terry Bunn, PhD, director of KIPRC, says that the report highlights the fundamental importance of comprehensive approaches to drug abuse and mental health treatment in the state.

The high number of pharmaceutical opioid and heroin deaths in Kentucky illustrates the need for naloxone, an opiate antidote, to be available for administration by first responders and friends and family of substance abusers in order to reduce overdose deaths. Intranasal administration of naloxone during an opiate overdose has been credited with saving countless lives.

Bunn says that the report reflects the growing need for improved education of physicians on drug abuse and treatment, better law enforcement and adjudication, and significantly increased funding and capacity for substance abuse and mental health treatment services across the state in order to decrease the extraordinary toll of drug abuse on individuals, families, and communities.

She also points to the need for the state to establish a comprehensive prescription/illegal drug of abuse surveillance system that includes medical examiner, toxicology, and treatment facility data.

"It’s great that we at KIPRC can provide info on three major datasets, but more are needed to obtain an even broader picture and clearer understanding of drug overdoses and abuse in Kentucky."