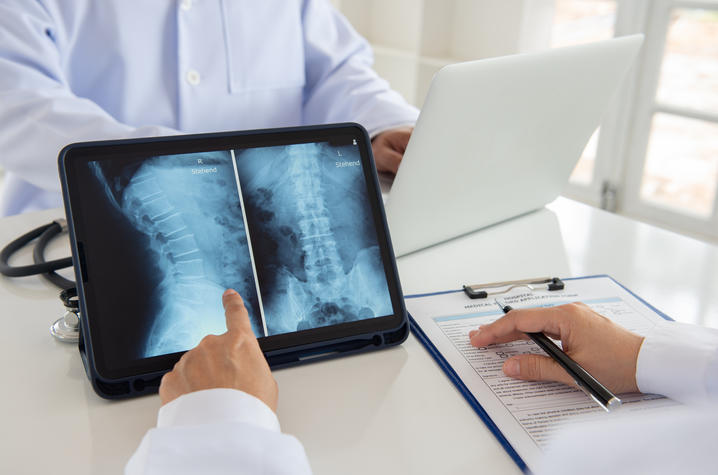 LEXINGTON, Ky. (Feb. 25, 2021) — Spinal cord injuries (SCIs) are not only life-threatening at the time of the event, but they can also lead to secondary complications and loss of function in sensory and motor systems. Researchers at the University of Kentucky recently published a unique study focusing on SCIs in eNeuro. It is unique because it is the first to look at how genotype and sex differences in the human population may impact the response to treatment strategies for SCIs, for which there are currently no FDA-approved therapeutics.

Although many studies have previously examined treatment strategies that are effective at restoring function after experimental SCI, there is currently a lack of successful translation of these strategies from animal models to the SCI population. This led to the group’s hypothesis that there may be factors in the human population, such as sex and genetic background which alter individuals’ ability to respond positively to treatments.

Lydia Strattan, a graduate student in the UK Department of Neuroscience, says to address this they utilized spinally injured male and female mice that express the human APOE gene. “There are three versions of this gene and one version, known as e4, is infamous for being closely associated with the development of Alzheimer’s Disease and negative outcomes after traumatic brain injury. However, APOE’s impact on recovery after SCI has remained understudied. Therefore, we examined how the different variants of APOE influence the response to a promising therapeutic strategy known as intermittent hypoxia, which is currently in clinical trials for improving respiratory function after SCI. We found that both APOE genotype and sex impacted the manner in which spinally injured mice respond to intermittent hypoxia treatment.”

Ultimately the study found that females who express the e4 allele of APOE have a negative response to intermittent hypoxia, indicating that treatment strategies may not be equally effective or beneficial for all individuals. This phenomenon could contribute to the historical difficulty of translating SCI therapeutics from the bench to the bedside.

When therapeutics are being tested pre-clinically, they are typically evaluated for efficacy in a very homogenous animal population. For example, rodent studies of SCI are often conducted in either males or females - not both - with similar genetic backgrounds. Since the data from this new study shows that both sex and APOE genotype can influence how individuals respond to treatment strategies, they hope it emphasizes the importance of considering the diversity of the human population when developing treatments pre-clinically.

“Our results could help pave the way for personalized medicine in SCI and enhance the translational potential of treatments that improve functional recovery and, consequently, quality of life for injured individuals,” Stratton says.

In addition to Strattan, several other researchers from the University of Kentucky contributed to the study including Daimen Britsch, Chris Calulot, Rachel Maggard, Erin Abner, Lance Johnson, and Warren Alilain. Their collaboration represented several groups including the Spinal Cord and Brain Injury Research Center, Sanders-Brown Center on Aging, Department of Neuroscience, Department of Biostatistics, Department of Epidemiology and the Department of Physiology.

The team believes the big takeaway from their work is that SCIs are highly variable injuries and the people who are living with SCIs are each unique individuals. Due to this they believe it is important to not only consider the type of injury, but also the sex and genetic background of the individuals when testing treatment strategies pre-clinically.