UK Scientists explain the implications of their work assembling the genome of the Mexican Axolotl.

LEXINGTON, Ky. (Jan. 24, 2019) — Regeneration is one of the most enticing areas of biological research. How are some animals able to regrow body parts? Is it possible that humans could do the same? If scientists could unlock the secrets that confer those animals with this remarkable ability, the knowledge could have profound significance in clinical practice down the road.

Scientists at the University of Kentucky have taken this concept one step closer to reality, announcing today that they have assembled the genome of the axolotl, a salamander whose only native habitat is a lake near Mexico City.

Axolotls have long been prized as models for regeneration, said Randal Voss, a professor in the UK Spinal Cord and Brain Injury Research Center and a co-PI on the project.

“It’s hard to find a body part they can’t regenerate: the limbs, the tail, the spinal cord, the eye, and in some species, the lens, even half of their brain has been shown to regenerate," he said.

Though humans share many of the same genes with axolotl, the salamander genome is ten times larger, posing a formidable barrier to genetic analyses.

According to Jeramiah Smith, an associate professor in the UK Department of Biology and Voss' co-PI, recent efforts have provided much of the genetic data for the axolotl but, like a pile of puzzle pieces, until the genome is assembled in the correct order scientists cannot attempt large scale analyses of genome structure and function, which is key to teasing out the mechanisms that bestow upon axolotl their magical powers.

While the massive undertaking to map the human genome provided scientists with the tools to reproduce data in other organisms, the remarkable computational burden posed by organisms with larger genomes made such efforts largely impossible. But Smith and Voss cleverly adapted a classical genetic approach called linkage mapping to put the axolotl genome together in the correct order quickly and efficiently — the first genome of this size to be assembled to date.

"Just a few years ago, no one thought it possible to assemble a 30+GB genome," said Smith. "We have now shown it is possible using a cost-effective and accessible method, which opens up the possibility of routinely sequencing other animals with large genomes."

"Biomedical research is increasingly becoming a genetically-driven enterprise," said Voss. "To understand human disease, you have to be able to study gene functions in other organisms like the axolotl."

"Now that we have access to genomic information, we can really start to probe axolotl gene functions and learn how they are able to regenerate body parts. Hopefully someday we can translate this information to human therapy, with potential applications for spinal cord injury, stroke, joint repair…the sky's the limit, really."

The University of Kentucky hosts the only federally-funded axolotl stock center in the U.S., providing axolotls to researchers and educators worldwide. Having a complete genome sequence for the laboratory axolotl greatly increases the value of this resource for biomedical research, particularly since wild axolotls have been designated critically endangered since 2006. According to Voss, UK has almost 1,000 adult axolotls, a laboratory population whose pedigree dates back to the 1800s. 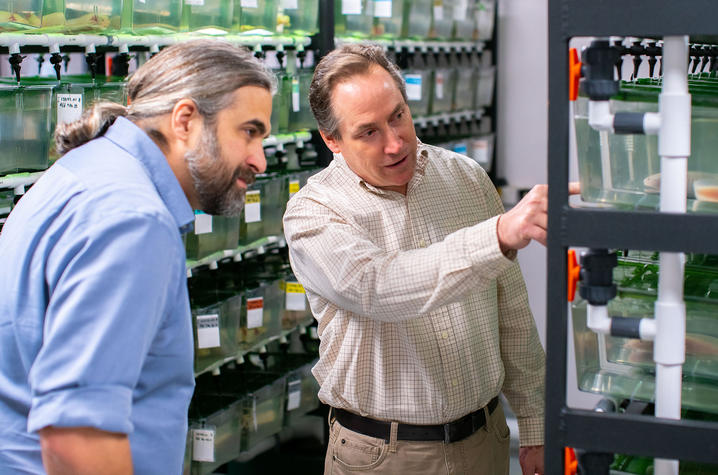 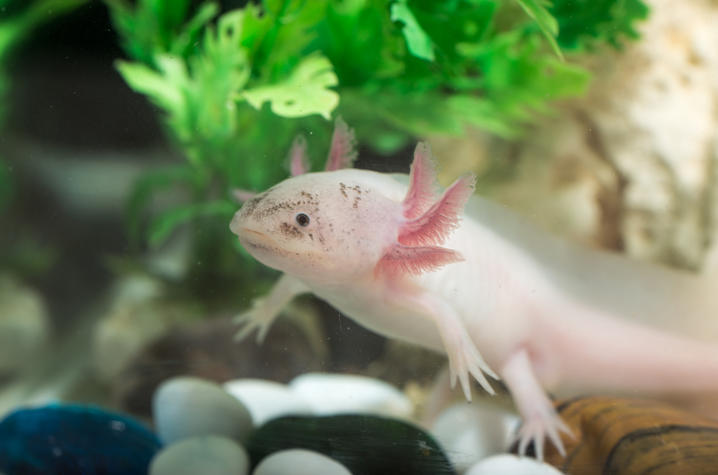