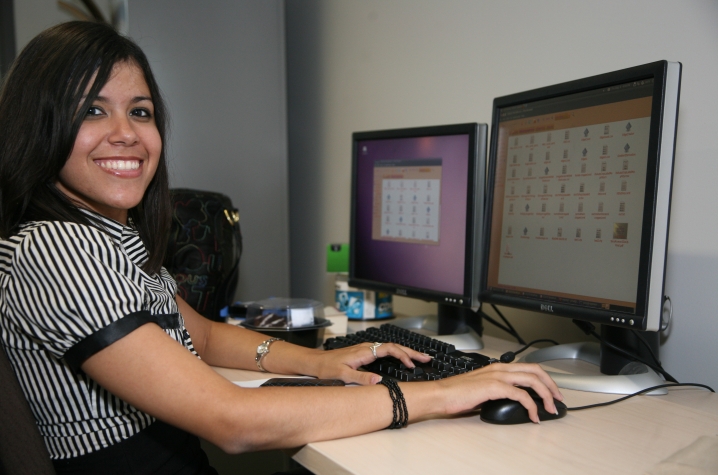 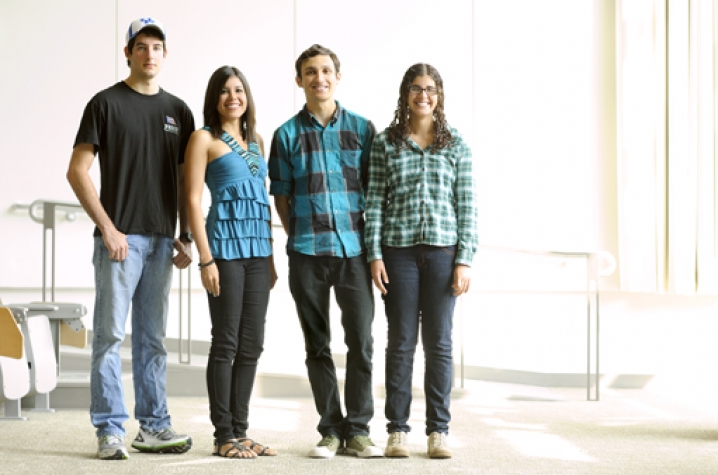 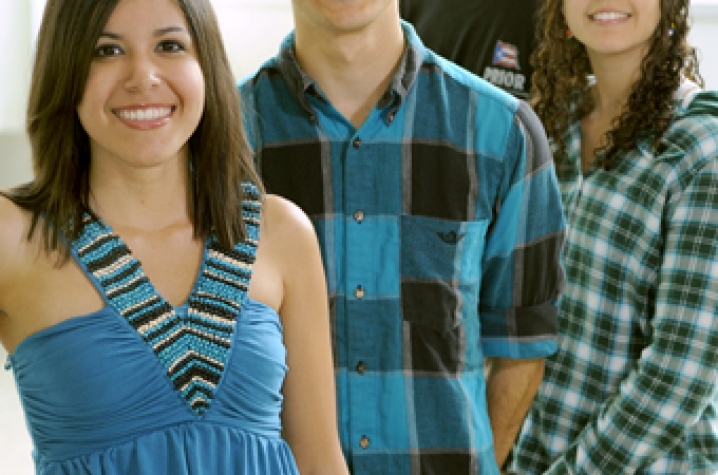 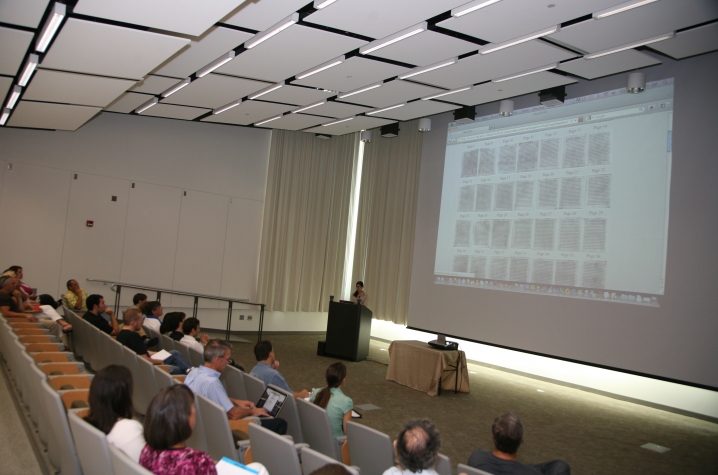 LEXINGTON, Ky. (Sept. 9, 2011) — Since 2000, Brent Seales, director of the University of Kentucky Center for Visualization and Virtual Environments (commonly called the Vis Center) and computer science professor, has visited the island of Puerto Rico and invited talented students to apply for an internship at UK. The program, now called VisU, was formally launched in 2010 and includes UK undergraduate students as well as promising high school students from Kentucky and Puerto Rico.

[IMAGE3]This year’s Puerto Rican interns were: Maria Ramos, who is about to graduate with an undergraduate degree in computer science despite being only 17 years old; Yaira Rivera, who aspires to pursue graduate studies with a focus on hardware engineering; Richard Kaufman, who, while visiting Kentucky for the first time, has studied abroad in Japan and Sweden in addition to visiting 12 states within the U.S., and Sergio Acuña, who experienced a research-intensive environment for the very first time. The program began in June and ended the first week in August.

"I was impressed that he could read something without actually opening it."

The interns were exposed to new concepts and required to learn at an accelerated pace.

Intern Sergio Acuña captured the immersive environment when he said, "I got the equivalent of a whole semester of programming in a few hours."

The primary focus, however, was research.

"The interns worked as teams on different research projects which directly pertained to research going on in the Vis Center," explained Martinez. As an example, Kaufman worked on a project related to laparoscopic display that combined ongoing medical and psychological research, while Rivera wrapped up work on the E.D.U.C.E. project. Interns were given meaningful research outlets into new territories.

Ramos said the internship provided her first chance to work in the area of visualization.

Kaufman concurred, "There are so many big toys. I don’t have these things back home—not at my house, not even at my university."

The four interns enjoyed conducting their research within the new Davis Marksbury Building.

"I used to picture ‘research’ as people huddled in cubicles—something very anti-social,” Ramos laughed. "This is a really comfortable, open area."

Adapting to American culture wasn't a problem. Most of the students had traveled abroad and become accustomed to familiarizing themselves with new surroundings. All four cited watching the fireworks over downtown Lexington on the Fourth of July as the highlight of their stay. Kaufman also credited his adviser, Jens Hannemann, with helping him adjust through regular availability and a willingness to assist wherever needed.

Despite their common internship experience, the four interns have quite different plans for their future careers. Acuña , who will be a senior in high school this fall, plans to go into aerospace and electrical engineering. Rivera is interested in graduate studies with an eye toward industry whereas Kaufman will pursue a Ph.D. with a goal to devote his life to research. Perhaps Ramos best signified the opportunities available through the VisU internship experience when she admitted she isn't sure exactly what she wants to do.

"I want to continue studying. Right now, I'm interested in Web development, but by the end of the summer, something else will probably interest me because of the new things I've been learning here," she said.