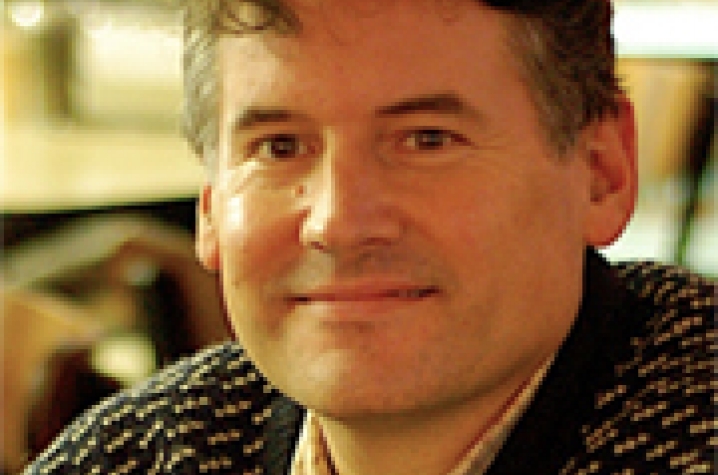 LEXINGTON, Ky. (Sept. 24, 2014) — The first English translation of the entire Suda lexicon, a massive 10th century Byzantine encyclopedia, is complete after more than 16 years of collaborative, volunteer-driven work by a diverse group of scholars, including key contributors from the University of Kentucky.

The translation, as well as the first continuous commentary on the Suda's contents in any language, is now searchable and browsable through the Suda On Line (SOL) database at http://www.stoa.org/sol. Conceived in 1998, the project grew to comprise more than 31,000 entries, through the contributions of more than 200 volunteers.

The project was groundbreaking in more ways than one, providing a new model of open, participatory scholarship. The project organizers state:

"From the beginning, the idea of SOL was not just to translate the Suda but to develop and test a new paradigm of scholarly publication. The innovative features of this paradigm include not only the purpose-built computational infrastructure for compiling and working with the submitted material, but also some unorthodox editorial principles. The entire editing process was to be open, open-ended, and crowdsourced (though that term did not yet exist).

"Nearly anyone who possessed the ability to translate ancient Greek, regardless of formal credentials and specialization, was eligible to apply to the project and request the assignment of any entry. Submitted entries, even ones that were very rough and mistake-ridden, would be instantly accessible on the site (though marked clearly as ‘draft’ until vetted). Vetting and editing would be done not by clandestine referees but by scholars whose real names would be listed on every entry they worked on; and no entry, however well translated and annotated, would ever be considered off-limits for future improvement."

Two UK faculty members, Ross Scaife, professor in the Department of Classics, and Raphael Finkel, professor in the Department of Computer Science, were heavily involved in the project from the beginning. SOL was one of the first new projects that Scaife brought under the aegis of the Stoa Consortium (www.stoa.org). Design and programming of the SOL system commenced under the supervision of Scaife and Finkel, who also co-authored the database system used by the project.

The project suffered a tremendous loss with Scaife's untimely death in 2008. His collaborators say the Suda On Line will be "a lasting monument to Ross's pioneering efforts" and note that his "legacy also lives on in a number of projects inspired and influenced by the SOL’s methods and principles."

Project organizers say that their work is not finished, although all the entries are translated. One of the principles of SOL is that there will never be any limit to the improvement that the contents of the database can undergo. From here on, editors will be scrutinizing every entry for opportunities to introduce improvements to the translations, additions to the annotations, updates to the associated bibliography, and other enhancements.

A brief history of the project is available at http://www.stoa.org/sol/history.shtml. For further background, see Anne Mahoney's article in Digital Humanities Quarterly at http://www.digitalhumanities.org/dhq/vol/003/1/000025/000025.html.

The SOL has already proved to be a catalyst for new scholarship on the Suda, including the identification – as possible, probable, or certain – of many hundreds more of the Suda's quotations than previously recognized. A list of these identifications, with links to the Suda entries in question, can be found at http://www.stoa.org/sol/TLG.shtml.