LEXINGTON, Ky. (April 11, 2018) — Jeramiah Smith, an associate professor of biology in the University of Kentucky College of Arts and Sciences, will deliver the National Institute of General Medical Sciences (NIGMS) Early Career Investigator (ECI) lecture next week at the National Institutes of Health.

His talk, "Ancient Bloodsuckers, Disposable Genes, and What It All Means," will explore Smith's research on the genome of sea lampreys.

“Lampreys are representatives of an ancient group of vertebrates that diverged [from most other vertebrates — including humans] more than 500 million years ago,” Smith said. “Unlike most other vertebrates, they also eliminate 20 percent of their genome from most cells during early development. By studying the deep evolutionary history of lampreys and the unique processes they use to re-engineer their own genome, we hope to better understand human genome reprogramming, pluripotency and cancer genetics.”

The talk aims to engage a broad audience, including undergraduates and other students who are interested in potentially pursuing a career in biomedical science and research. It can be watched live 2 p.m. Tuesday, April 17 at https://videocast.nih.gov/summary.asp?live=27347&bhcp=1.

Smith's talk will be the third annual NIGMS ECI lecture, which was established in 2016. The inaugural lecturer was Blake Wiedenheft, from Montana State University, who discussed his studies of the structure and mechanism of CRISPR (clustered regularly interspersed short palindromic repeats) systems in bacteria. Last year, Namandjé Bumpus, from Johns Hopkins University School of Medicine, described her research on the mechanisms involved in HIV drug activation and metabolism.

“NIGMS launched the lecture series to highlight the achievements of the early career scientists we support and to encourage students to pursue biomedical research careers,” said Jon R. Lorsch, director of NIGMS. “We anticipate that Dr. Smith’s fascinating research and engaging presentation style skills will do just that.”

Smith’s 30-minute presentation will be followed by a 30-minute Q&A session.

A summary of Smith’s research and lecture topic is available www.nigms.nih.gov/News/meetings/Pages/2018-NIGMS-Directors-Early-Career-Investigator-Lecture.aspx.

So far, Smith has coauthored 40 papers. His January 2018 Nature Genetics paper presents the first genome sequence of the sea lamprey germline. He has served as a reviewer for some 20 academic journals, including Nature, Nature Genetics, eLife, Current Biology and Genome Research.

Dedicated to inspiring future scientists, Smith has hosted high school interns and mentored undergraduates, graduate students and postdoctoral fellows in his lab. He has explained his work to middle school students, visiting scholars, international students — basically, as he says, “almost anyone who will listen.” 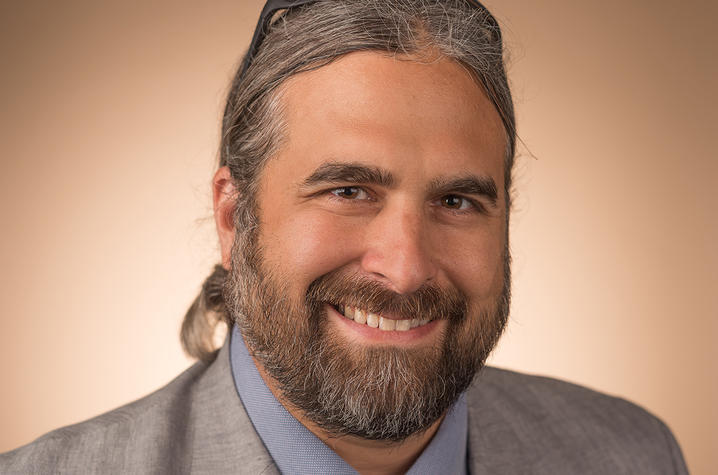