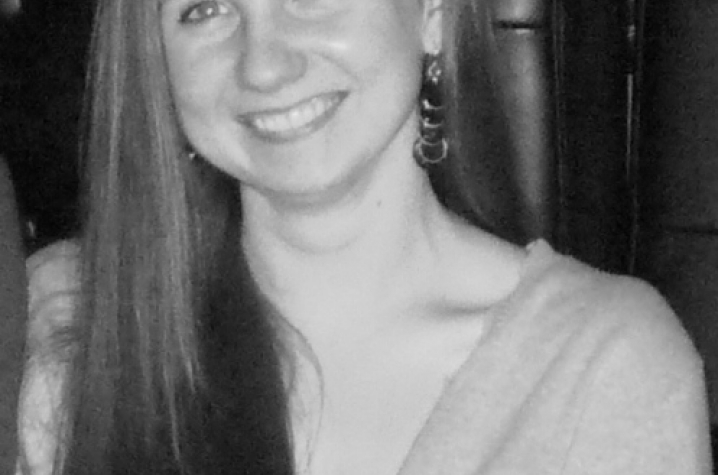 LEXINGTON, Ky. (April 28, 2011) – A University of Kentucky graduate student in the Department of Sociology with dreams of conducting field research on substance abuse treatment programs for women and children is well on her way, thanks to a highly competitive grant from the National Institutes of Health (NIH).

Harp, who is interested in substance abuse treatment programs designed specifically for women with children, will focus on understanding how custody loss is related to substance use and criminal behaviors among African-American mothers.

While there is an abundance of research addressing health disparities and vulnerabilities among minority populations, there is limited scientific data available to help understand the effect of custody loss on a woman’s subsequent substance use and crime.

Harp's proposed project will examine custody loss as a predictor of increased substance use and criminal behavior among African-American women.

"I want to look at what effect losing custody has on a woman’s subsequent criminal behavior and substance use," Harp said. "While around 90 percent of state funds given to the child welfare system are used to fund foster care and adoption services, only a small percentage is used to fund reunification programs to keep families together. Knowing the dismal outcomes of children in the child welfare system, I’d like to do future research that shows the benefits to both women and children of programs that seek to rehabilitate women so that they can eventually regain custody of their children if they so desire."

But before Harp can conduct future research, she must prove that losing custody of their children has a radically negative effect on the behavior of women and that this behavior can instigate a downward spiral, making it nearly impossible for families to ever be put back together.

"There are very few substance abuse treatment programs tailored to the needs of women with children, yet those that exist have found that integrating children into a woman’s recovery and treatment produces promising long-term outcomes," Harp explained. "Many women do not seek treatment because of the threat of losing custody of their children if they admit to using illegal drugs.  So the more programs that aim to keep families together by rehabilitating women with substance use problems without separating them from their families, the better the outcome for both women and their children."

The NIH award will provide time for Harp to hone her training and research skills as well, including advanced statistics courses to aid in longitudinal data analysis and conferences in the same vein as Harp's research.

"This fellowship will develop the skill set that Kathi needs in order to become a successful independent researcher and to obtain a tenure track position at a research university," said sociology professor Carrie Oser, who is also advising Harp on her dissertation. "Specifically, the demonstrated ability to write and obtain external funding will make Kathi an attractive candidate on the job market."

With all of the additional support the NIH grant provides, it's still about the families for Harp. "If we can intervene without separating mothers from their children, I strongly believe that women, children, families, and communities will reap the benefits," she said.