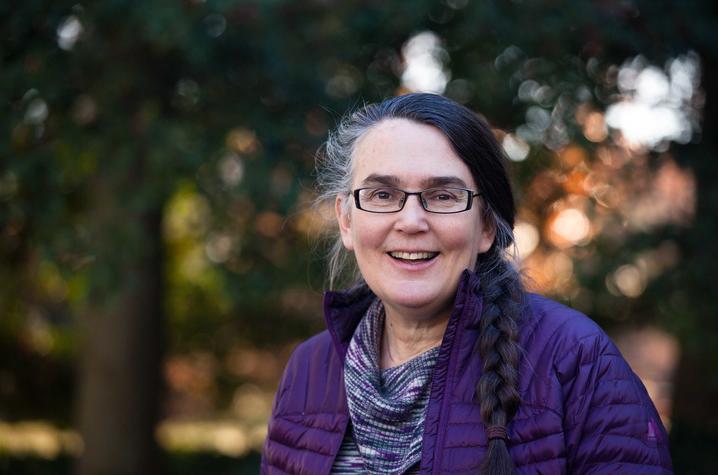 Susan Gardner, professor in the UK Department of Physics and Astronomy in the College of Arts and Sciences, is leading the effort on behalf of UK.

LEXINGTON, Ky. (Sept. 1, 2020) — The University of Kentucky is part of a new Physics Frontier Center (PFC) that launched today at the University of California, Berkeley. Sponsored by the National Science Foundation (NSF), the Network for Neutrinos, Nuclear Astrophysics, and Symmetries (N3AS) PFC seeks to improve understanding of the most extreme events known in the universe: mergers of neutron stars and their explosive aftermath — which includes ripples in space-time known as gravitational waves.

Susan Gardner, professor in the UK Department of Physics and Astronomy in the College of Arts and Sciences, is leading the effort on behalf of UK.

“I am really enthusiastic about the new Physics Frontier Center and am delighted at having the chance to participate in it,” Gardner said. “The ability to detect gravitational waves opens new windows on the study of cold matter at high densities, and the potential for new scientific discoveries is high. I feel that my broad background in nuclear, particle and astrophysics is helpful to making connections within our multi-institution collaboration."

Gardner is currently working with Berkeley postdoc Jeff Berryman at UK under their existing N3AS consortium to study possible new particle interactions and how they might be probed in this new regime. She expects to address similar topics within the PFC with a future postdoc.

“We operate as a single team, combining our expertise in order to tackle the complex multi-physics problems that arise in astrophysics — problems that are beyond the capacity of a single investigator,” said Wick Haxton, theoretical nuclear physicist in Berkeley Lab’s Nuclear Science Division and principal investigator of the PFC.

The center builds upon an NSF-funded research hub in multi-messenger nuclear astrophysics that was established in 2017, and a foundation of support for this field of research by the Office of Nuclear Physics within the U.S. Department of Energy’s Office of Science. With the upgrade to a Physics Frontier Center, there will now be broader community participation in the effort and an expanded scope of research. The NSF commitment to the N3AS Center will be $10.9 million over five years.