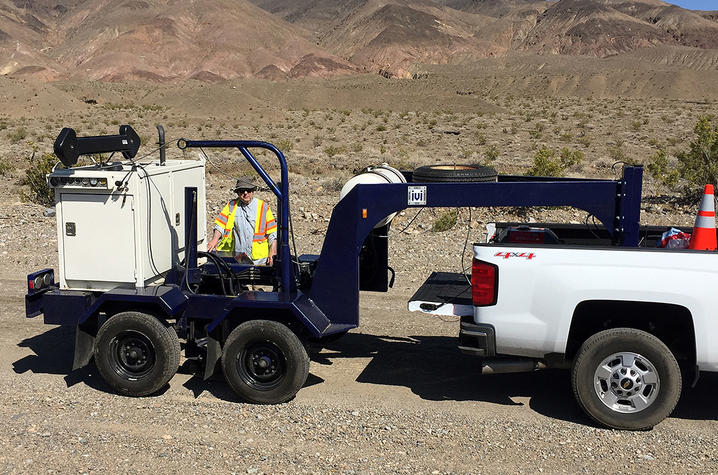 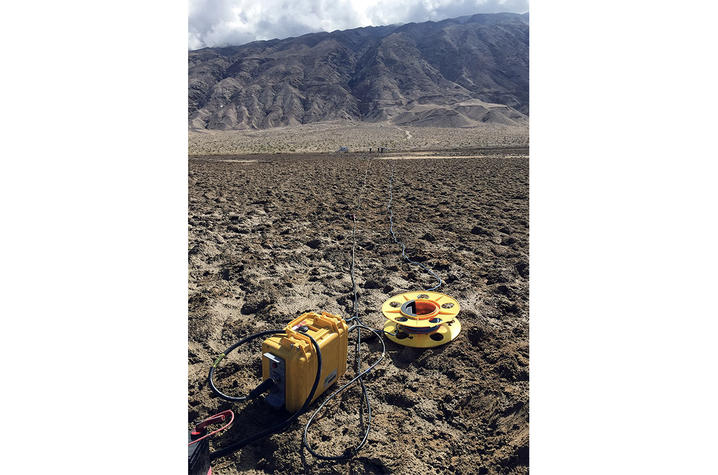 LEXINGTON, Ky. (March 3, 2020) — This Thursday, the University of Kentucky Department of Earth and Environmental Sciences (EES) will host its annual open house, giving UK students and the public opportunities to learn about, and even experience, some of the geological research happening on campus. Ed Woolery is one of the participating researchers and plans to showcase his work with seismic sensors and monitoring systems used to predict earthquakes.

After being named chair of EES last year, Woolery sat down with the UK College of Arts and Sciences to share more about his background and what brought him to UK. Woolery said that while he originally pursued a degree in geology from Eastern Kentucky University in 1985, his experience working at the Army Corps of Engineers led him to later pursue a civil engineering degree.

“I was noticing that there was a disconnect between what the engineering folks were doing and the information that the geology section was providing them,” he said. “So I decided to go back to school and become an engineer.”

Woolery found his way to UK, where he became a civil engineer (or, as he puts it, “a geologist who is really proficient in math") in 1996. One of his professors introduced him to geophysics, or the study of the physical processes of the Earth. Woolery went on to earn a master’s and a Ph.D. in geophysics from UK. After finishing his degrees, he returned to the Corps of Engineers and began to bridge gaps between the geologists and engineers.

"One of the highlights during this period working with the Corps' dam safety group was re-evaluating the earthquake response for many of the high-hazard flood control dams in the central and eastern U.S., most of which had been constructed prior to the modern understanding of the various seismic zones in these regions, particularly the New Madrid Seismic Zone," Woolery said. "I was able to characterize more realistic dynamic loads for the structures."

A few years later, Woolery learned about a new geologic hazards program that was being implemented at the Kentucky Geological Survey (KGS), which is based at UK. Woolery was recruited to lead this program due to his exceptional training and record of accomplishments, and began work at UK in 1999. He was tasked to study the mechanisms behind natural disasters — mainly earthquakes, which is a hot topic in Kentucky, given its proximity to the New Madrid fault line.

“Between December 1811 and February 1812, in Western Kentucky, we experienced at least three large earthquakes," Woolery said. "Back in 1811, this was still the frontier, so there wasn’t really anything there to knock down. But if something like that happened today, there’d be a lot of damage.”

Because of Woolery’s drive and expertise, he was then hired as a faculty member in the College of Arts and Sciences, and in 2001 he began work as an assistant professor of geological sciences in EES, where he has been ever since.

Woolery's time is now dedicated to carrying out experiments, as well as spreading his wealth of knowledge to UK students. He also remains passionate about the work he does with KGS, conducting field tests across Kentucky, as well as around the U.S., including Death Valley and the Eastern High Sierra of California, the Pacific Northwest and the Teton Range in Wyoming. He's even studied as far as the Tibetan Plateau of western China.

"Many of the elements I learned in the UK civil engineering program, particularly in Professors Vince Drnevich and Bobby Hardin’s geotechnical coursework, continue to prove beneficial in my efforts to better understand seismic hazards," Woolery said. "I currently have a five-year research agreement with the U.S. Geological Survey in which we are collaboratively studying the seismic hazards associated with earthquake active faults at various sites in the continental U.S., including Death Valley of California and the Wabash Valley of Indiana. Reducing the uncertainty in magnitude and timing associated with earthquakes improves the design considerations for much of the engineered infrastructure."

And while he spends a lot of time working inside his lab in the Slone Research Building, Woolery has a passion for being outdoors.

"(As a boy) I loved to go camping. Sometimes I would find a cool rock or maybe a fossil of something, and wonder ‘How did that get there? Why is all of this here?’” he said.

This respect for the Earth is what drove Woolery to study the intricate forces that govern how our planet shifts and changes, until he eventually became one of the top minds in Kentucky on the subject of geophysics.

“I’m really an experimentalist and not a theorist; we’re very field-oriented,” Woolery said. “You have to get out there. Get out and enjoy the outdoors. It’s the best laboratory on Earth.”

To learn more about Woolery and his research, students and the public are invited to attend the EES open house from 4-6 p.m. Thursday, March 5, in the Slone Research Building at 121 Washington Avenue on campus.