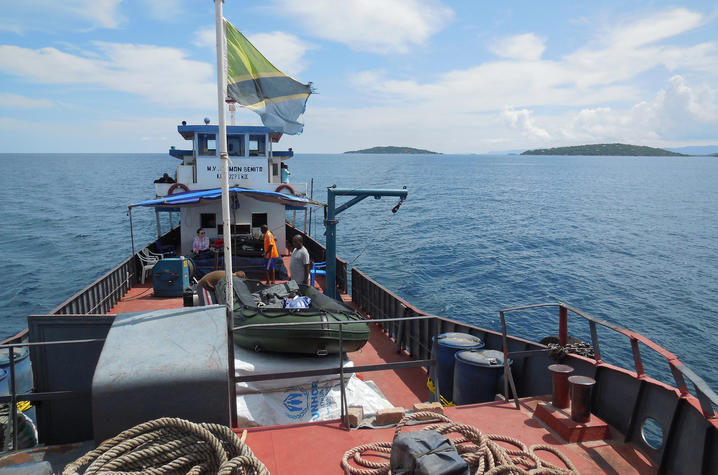 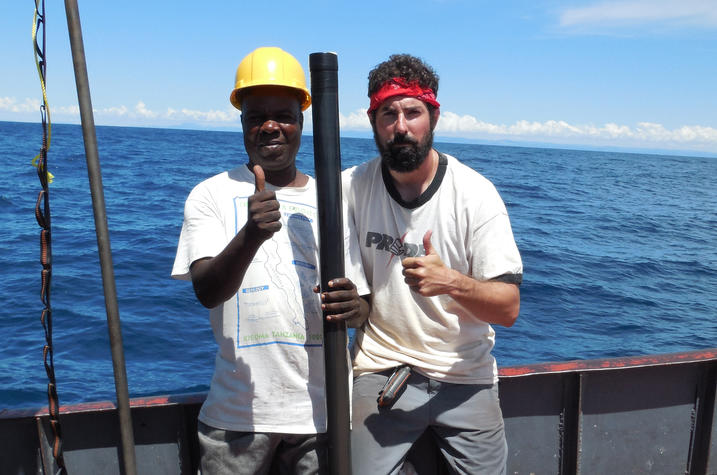 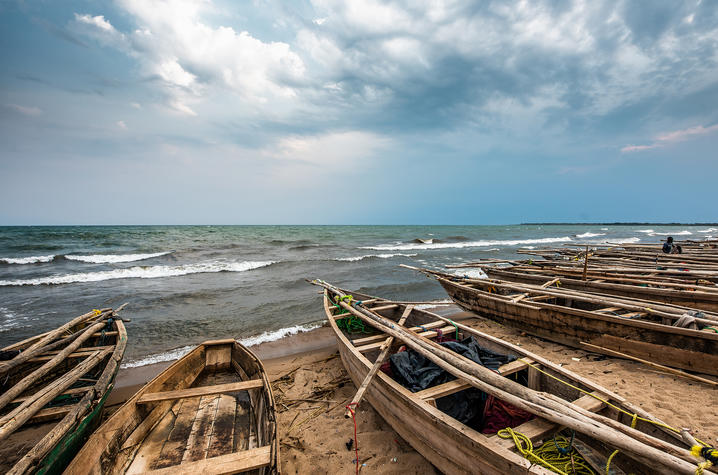 LEXINGTON, Ky. (Oct. 9, 2020) — A new study led by a University of Kentucky professor is sounding the alarm on the impact climate change could have on one of the world’s most vulnerable regions.

Michael McGlue, Pioneer Natural Resources Professor of Stratigraphy in the Department of Earth and Environmental Sciences in the UK College of Arts and Sciences, and his team conducted the study at Lake Tanganyika — a major African fishery. The results, which published today in Science Advances, show how certain changes in climate may place the fishery at risk, potentially diminishing food resources for millions of people in this area of eastern Africa.

"Lake Tanganyika’s fish are a critically important resource for impoverished people from four nations (Tanzania, Democratic Republic of the Congo, Burundi and Zambia) and resilience to environmental change in that region is quite low,” McGlue said. “Our study revealed that high frequency variability in climate can lead to major disruptions in how the lake's food web functions.”

Small pelagic fish, known locally as dagaa, are abundant in Lake Tanganyika, and their conservation is pivotal to the food security and economy of rapidly growing and largely impoverished segments of these four nations.

Dagaa feed on algae and plankton, which means greater algae production in the lake results in more fish. How this aquatic food web responds to external forces, like climate, is critical for identifying vulnerabilities and maintaining healthy fish stocks. But until now, very limited information existed on how Lake Tanganyika may respond to such forces.

To understand how the lake reacts to climate changes, the team would need detailed information on the lake’s upwelling — the process by which deep waters rise and fertilize surface waters, thereby increasing algae and photosynthesis. In order to observe this, the team would have to obtain data from well-preserved sediment cores within the lake.

McGlue and his team traveled to one of the most remote regions of Lake Tanganyika, the southern basin, on a 12-day trip to collect these cores from the lake floor.

“The winds were especially violent that season, so most of our cruise was spent taking refuge from the waves in bays near the shoreline,” McGlue said. “But in the narrow window when the winds dropped, we raced out to our stations and collected the cores.”

McGlue and his team would later “read” the layers of sediment.

“The chemistry and fossil content of each layer tells us a specific story about how the lake functions,” McGlue said. “Limnologists (scientists who study the lake today, like our co-author Dr. Ismael Kimirei) help us to translate the information in the sedimentary record and learn how climate change affects the lake’s food web.”

Until now, sedimentary records from Lake Tanganyika lacked the resolution needed to accurately measure the influence of frequent climatic events, such as the El Nino Southern Oscillation (ENSO). Most sedimentary datasets are low resolution, meaning that changes can only be detected over wide intervals of time, such as thousands of years. Conditions within certain areas of Lake Tanganyika converged to provide high temporal resolution of its sediment, which McGlue and his team were the first to sample.

“We were able to detect changes that were happening in Lake Tanganyika over very short intervals of time (e.g., months or years) using these sediments,” McGlue said. “This is quite rare — and crucial — for using the data to guide fisheries management and conservation practices. Designing effective strategies for fisheries management using low resolution data is a challenge, because environmental changes that affect the food web can occur rapidly.”

The team says the socioeconomic threat these conditions create for sub-Saharan Africa is the most severe of any region on Earth, but they believe their findings can help guide long-term management practices.

“Armed with this knowledge, fisheries management strategies can be designed to help cope with these challenges," McGlue said.

Kimirei, who is also director-general of the Tanzania Fisheries Research Institute (TAFIRI), says the findings of this study are a critical building block toward research-informed policymaking in the Lake Tanganyika region.

“The importance of fisheries to the food security of the east and central African nations cannot be overemphasized,” Kimirei said. “There is a growing body of research on declining fish production from Lake Tanganyika and other great lakes — which coupled with the findings of this study, and the ever-increasing fishing pressure — paint a gloomy future for the region. Therefore, sustainable fisheries of the lake can be achieved/maintained only if conventional fisheries management marries with ecosystem management and conservation approaches.”

Co-author Sarah Ivory, with Penn State University, says the results make clear that changes in climate can have a cascading effect on the food webs in large tropical lakes.

“The impacts of this are akin to multi-year or multi-decade droughts in agricultural systems, from a food security perspective," she said.

Andrew Cohen, with the University of Arizona, says the findings have implications beyond tropical lakes as well.

"Climate impacts on freshwater resources in the tropics are a bellwether for global change worldwide," he said.

“This work is important, because climate changes that affect food security disproportionately hurt the poor,” McGlue said. “This is one way science and social justice can become interwoven.”

The study, titled “Solar irradiance and ENSO affect food security in Lake Tanganyika, a major African inland fishery,” can be read in full in Science Advances at https://advances.sciencemag.org/content/6/41/eabb2191.full

Additional co-authors include Jennifer Latimer with Indiana State University; Michael Soreghan with the University of Oklahoma; McKenzie Brannon, a UK alumna who contributed to the study during her time as an undergraduate; and Tumaini Kamulali, a University of Arizona graduate student and researcher from TAFIRI in Tanzania.

This research was supported by the UK-Pioneer Endowment, the Society of Exploration Geophysicists/Geoscientists Without Borders and the National Science Foundation.