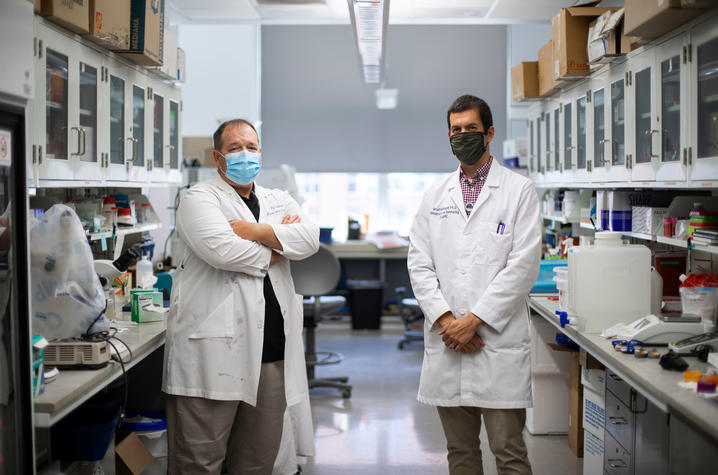 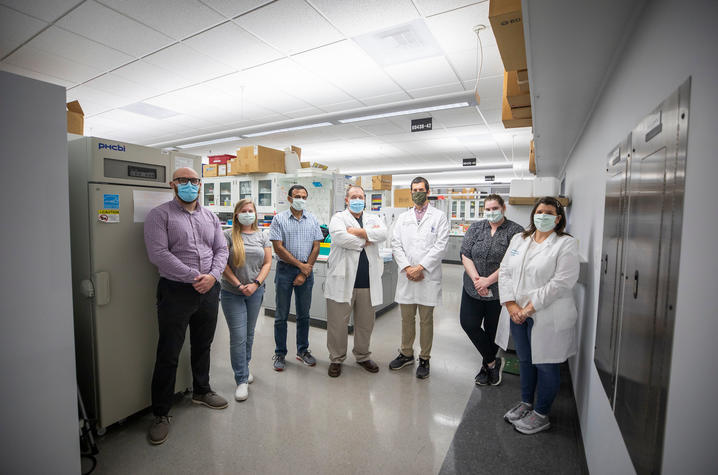 LEXINGTON, Ky. (July 21, 2020) — A $3.2 million grant will support University of Kentucky College of Medicine research that could pave the way for a treatment for traumatic brain injury (TBI).

The National Institutes of Health award will fund ongoing research led by UK Neuroscience and Spinal Cord and Brain Injury Research Center (SCoBIRC) Professor Patrick Sullivan, Ph.D., who has studied the effects of the experimental drug MP201 on TBI. This current project is a culmination of 20 years of research in Sullivan’s lab focused on mitochondrial uncoupling as a potential target following brain injury.

MP201 is a mitochondrial uncoupling compound developed by Mitochon Pharmaceuticals that has been shown to shield cells from damage caused by a host of degenerative processes, including injury.

Sullivan’s prior research has shown that MP201 can significantly reduce brain volume loss and restore cognition after two weeks of treatment post injury. Sullivan will be working with Co-PI Dr. Todd Kilbaugh at the Children’s Hospital of Philadelphia to advance these studies in preclinical TBI models.

A TBI is caused by a bump, blow or jolt to the head or a penetrating head injury that disrupts the normal function of the brain. Each year, TBIs contribute to a substantial number of deaths as well as cases of permanent disability and lasting neurological deficits. There are currently no FDA-approved treatments for TBI.

“There is a lot of research currently going toward finding a drug that can be effective against TBI, and MP201 really stands out,” said Sullivan, who is also a research physiologist at the Lexington VA Health Care System. “The compound is promising because it’s not only neuroprotective, it has also shown to be effective after the brain injury has already occurred.”

The drug targets the cells' mitochondria to reduce their calcium overload and free radical production, which contribute to the detrimental effects of TBI. Sullivan’s studies in mouse models have shown that after brain injury, MP201 can reduce the loss of brain tissue by 50-75 percent.

Sullivan’s team is working with researchers at the Children’s Hospital of Philadelphia to build a preclinical pipeline geared toward translation. The study aims to optimize the treatment regimen and confirm the efficacy of the drug using clinically-relevant outcome measures.

“The prospects of MP201 are really promising due to its high therapeutic index and unique pharmacodynamics,” said Sullivan’s co-investigator Brad Hubbard, Ph.D., a researcher at the Lexington VA and SCoBIRC. “While a major focus of this project is translation, this research will also identify the drug’s effect on mitochondrial function in the neural synapse as well as regional neurochemical profiles.”