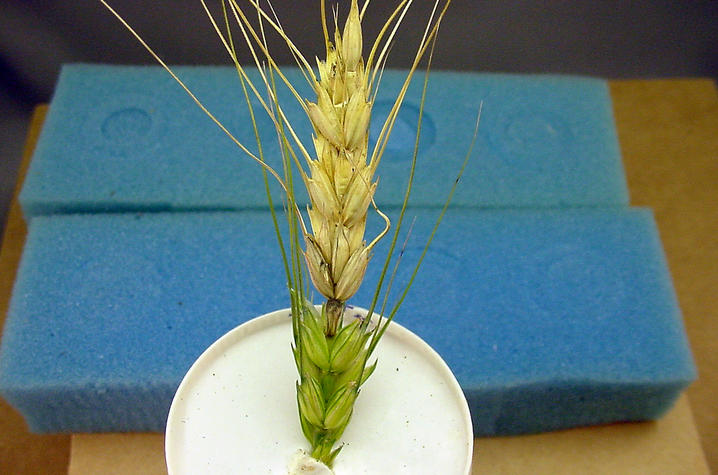 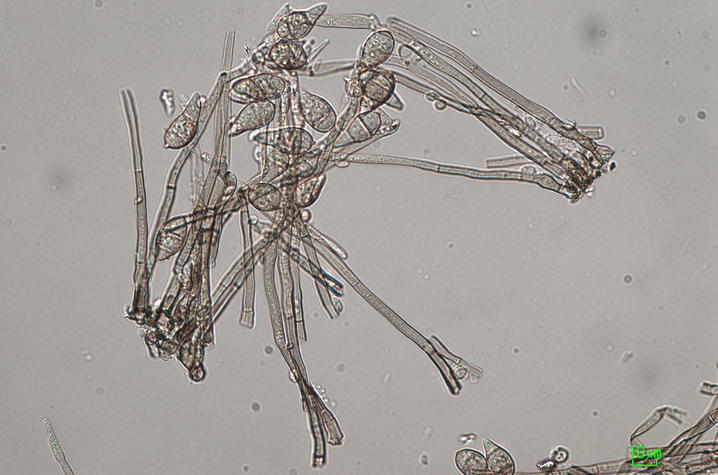 LEXINGTON, Ky. (July 7, 2017) — A University of Kentucky plant pathologist is part of an international team of researchers who have uncovered an important link to a disease which left unchecked could prove devastating to wheat. UK College of Agriculture, Food and Environment faculty member Mark Farman co-authored an article being published today in Science, the journal of the American Association for the Advancement of Science (AAAS).

Historically, wheat in Kentucky and across North America has not been susceptible to a recently emerged fungus referred to as wheat blast. However, in 2011, UK researchers discovered a single diseased wheat head in a research plot at the UK Research and Education Center in Princeton, Kentucky. Then, in 2016, a wheat blast epidemic swept through Bangladesh. This year, the disease has again hit Bangladesh and is also present in India, raising the concern that wheat blast may soon become pandemic. The sudden spread of the fungus has prompted intensive global efforts to understand the disease and to breed blast-resistant wheat.

Research in Farman's lab in the UK Department of Plant Pathology revealed that the Kentucky pathogen collected in 2011 is genetically distinct from South American wheat blast and instead is very closely related to strains found on annual ryegrass and tall fescue in the U.S. This suggested that the Princeton incident was not due to introduction of an exotic pathogen but had probably arisen via a ‘"host jump" from forage grasses to wheat. In contrast, his group found that the 2016 Bangladeshi epidemic very likely arose through the introduction of a South American strain of the fungus.

Wheat blast is caused by a fungus which infects wheat heads and prevents seed production. At present, there is no natural resistance to the disease in cultivated wheat, and crop losses approaching 100 percent are common. Fungicides show limited effectiveness due to the development of resistance within the fungus.

“Blast was first identified in Brazil in the 1980s and quickly spread to surrounding countries, including Argentina, Paraguay and Bolivia,” Farman said. “Until recently, the disease remained restricted to South America.”

Now, with collaborators from Japan and the U.S., Farman has found that the 2011 Kentucky wheat blast strain experienced a mutation in a key gene that codes for a protein that is normally recognized by wheat cultivars that possess a key blast resistance protein. This mutation is predicted to compromise the function of the "good" protein, thereby allowing the fungus to escape the wheat resistance response by avoiding recognition. Research performed by Farman’s collaborators has established independent mutations in the same gene were likely pivotal events in the emergence of this devastating disease.

“This study provides important insights into the mutational events that underlie the evolution of new crop diseases,” Farman said. “This information will help to spur the development of crop varieties with more durable resistance.”

To read the complete Science article, go to www.sciencemag.org/journals.