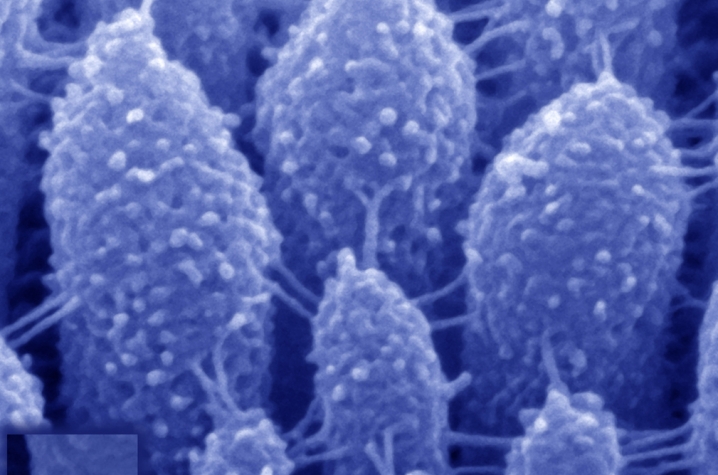 LEXINGTON, Ky. (June 12, 2013) — A team of researchers at the University of Kentucky has discovered a two-step mechanism that enables crucial molecular structures inside the inner ear to rebuild themselves after being damaged.

Exposure to excessively loud noises—a jet engine, a rock concert—leads to temporary hearing loss. One cause of that loss is breakage of ‘tip links’, the delicate protein chains in the mechanosensory hair cells of the inner ear. Tip links re-form over the course of several hours restoring mechanosensitivity, but the details of their regeneration had remained unclear. The team’s findings are published June 11 in the open access journal PLOS Biology.

The brain detects sound waves thanks to a process called mechanotransduction. In this process, sound-induced vibrations in the inner ear move the “hairs” on each hair cell—called stereocilia—backward and forward, causing ion channels to open up and force sensory neurons to emit electrical impulses that the brain interprets as sound. Tip links are the tiny protein chains that connect the stereocilia and open up the ion channels, allowing mechanotransduction to take place.

Stereocilia are arranged in precisely organized rows of different heights, with tip links connecting the tip of a short stereocilium to the side of a taller one. The tip links are composed of two proteins— protocadherin-15 (PCDH15), which is found closest to the shorter stereocilium, and cadherin-23 (CDH23), which links to the longer stereocilium. Mutations of the genes for both these proteins cause inherited deafness.

Artur Indzhykulian and the team of scientists, led by Gregory I. Frolenkov, an associate professor of physiology at the University of Kentucky College of Medicine, found that PCDH15 is responsible for the initial re-formation of the chain, while full restoration of normal mechanotransduction occurs once CDH23 is back in place.

The team treated mouse hair cells with a calcium-free solution to disrupt all the links connecting the stereocilia—preventing mechanotransduction—and then observed tip link regeneration using scanning electron microscopy. Over the first several hours, new links formed only at the top of the stereocilium. Mechanosensitivity gradually returned over the next 24 hours, accompanied by restoration of the full complement of tip links. But a property of normal mechanotransduction response called fast adaptation (in which activation is followed by rapid deactivation) remained aberrant, before starting to normalize after about 36 hours.

This normalization appeared to be connected to changes in the molecular composition of the newly restored tip links. The team found that immediately after disruption, PCDH15 was redistributed along the surface of the stereocilia, whereas CDH23 largely disappeared from them. As the links were re-formed, the total amount of PCDH15 in the tip link area increased, while the amount of CDH23 remained low compared to untreated controls.

Furthermore, PCDH15 was found at both ends of the links, not just the lower end, as in controls. This suggested that PCDH15 was serving, at least temporarily, in place of CDH23 as links reformed. Then, after the links were in place, CDH23 was gradually restored, coinciding with recovery of normal mechanotransduction.

Interestingly, additional experiments revealed that when the mouse’s hair cells initially develop, the tip links use this same two-step process.

“This study resolves a dispute over the composition of tip links, in which one camp argued for a PCDH15-only structure, and the other for a combination of the two proteins,” said Frolenkov. “Apparently, both are right, depending on when one looks. More importantly, it reveals the details of a process that is likely to be vital for the development, maintenance, and restoration of normal hearing.”