LEXINGTON, Ky. (May 2, 2019) — Overwhelming excitement with a tinge of apprehension will fill Rupp Arena as emotions will be riding high May 5 — one of the University of Kentucky's Commencement Days. One by one, thousands of graduates will walk across the stage with an outstretched hand to receive their coveted diploma.

Megan McCormick will be among the sea of blue caps and gowns. In many ways, she's just like her fellow graduates. But McCormick's journey is incomparable and inspiring. She is also part of a much smaller, but growing, college population — students with Down syndrome.

"I'm proud of me. This was my idea of going back to college, and I'm officially graduating this year. It's a special moment, and I'm excited," she exclaimed.

Having a genetic disorder hasn't made life simple for McCormick. Doctors said Down syndrome would limit her ability to perform most day-to-day tasks. But the 30 year old has never been one to let limitations define her. Instead, the diagnosis is often overshadowed by her extensive list of achievements.

Over the last decade, her story has been instrumental in moving supported higher education forward in the Commonwealth. Legislators, policymakers and educators have expanded their idea of what is possible.

Most recently, McCormick received the 2019 Adelstein Award. First presented in 1984, the award is given to a student or students with a disability who serve as an inspiration to the UK community through excellence in academics, leadership, extracurricular activities, and social and personal qualities.

"I have known Megan for many years, both in and out of the classroom. She is the kind of student who we, as faculty, appreciate in our classes," said Kathy Sheppard-Jones, adjunct faculty member and executive director of UK's Human Development Institute. Megan has a real thirst for understanding. She works incredibly hard and immerses herself in the experience. Those kind of attributes will serve her well in her career."

Though McCormick appears to excel with ease — setting and achieving ambitious, long-term goals hasn't been effortless.

At an early age, McCormick found solace in learning. She has always enjoyed being in a classroom. But making trustworthy friends was more challenging and, at times, disheartening. McCormick, who refuses to dwell on setbacks, recalls being bullied by those who thought she was "different."

"One of the challenges was not having typical friends. I've had that challenge since middle school," she said. "I'm definitely a survivor of bullying."

With steadfast determination, McCormick focused on furthering her education. She graduated from grade school, high school, and then, was faced with a life-changing decision. With confidence in tow, McCormick embarked on her next chapter — enrolling as a student at Bluegrass Community and Technical College, where she graduated in 2013 with honors and earned two associate degrees.

"I know college sometimes cannot be for everyone, but it's always good to try something new. Because it's a whole new experience that everyone should encounter," she said.

Earning a two-year degree was quite the accomplishment — one McCormick is still extremely proud of.

But she didn't stop there.

In 2014, McCormick officially became a Wildcat. For the next five years, she would attend classes across campus to earn a degree that would one day allow her to be at the front of the classroom — as a teacher's assistant.

"I never give up. That's how I work. I keep raising the bar of expectations in every class I've taken," McCormick said. "I have raised the bar to make sure I get good grades."

She admits to having help along the way, starting with her parents, Drs. James and Malkanthie McCormick.

"I believed that every challenge could be overcome with faith and that milestones were to be achieved in God’s time not man’s time. I remember telling Megan from a very early age that Down syndrome just meant she would have to work harder than her siblings or peers to achieve her dreams," Malkanthie McCormick said.

The couple also gives credit to the assistance they received from Fayette County schools, Vocational Rehabilitation, the UK Disability Resource Center, the Best Buddies program and a host of tutors and mentors who supported Megan's readiness to succeed.

"This milestone is a humbling and grateful acknowledgement of all the people who have come into our lives and hers to support, help, encourage, believe in her abilities and move her along," Malkanthie McCormick continued. "We are proud, honored and grateful to be a part of the rest of her journey that God has planned for her."

"In every class I have taken, I've felt included. UK changed my whole life," said Megan McCormick, who is also eternally grateful for her parents, teachers, mentors and tutors. "They have helped me be successful in every moment, every day, of every second, of my life — in my journey."

McCormick's journey is far from over. Now she wants a full-time job. McCormick has spent countless hours in pre-school, kindergarten and elementary classrooms working with children to earn her Bachelor of Liberal Studies degree. In fact, she has been working as a substitute teacher assistant at Mill Creek Elementary three days a week since 2017. Now, McCormick hopes to continue passing on her wisdom to those with varying abilities.

"I was one of them when I was in school. In my elementary through high school experience, I know what it's like to have a disability. They should be defined by their abilities not their disabilities," she said. "Coming out of special education and pursuing the same interest full circle, I want to teach those kids to fulfill their full potential later in their lives — in their new chapters ahead of them."

Graduating is a monumental chapter in McCormick's book, and if there's one takeaway from her story — it's to never underestimate the true power of perseverance.

"Never give up on your dreams." 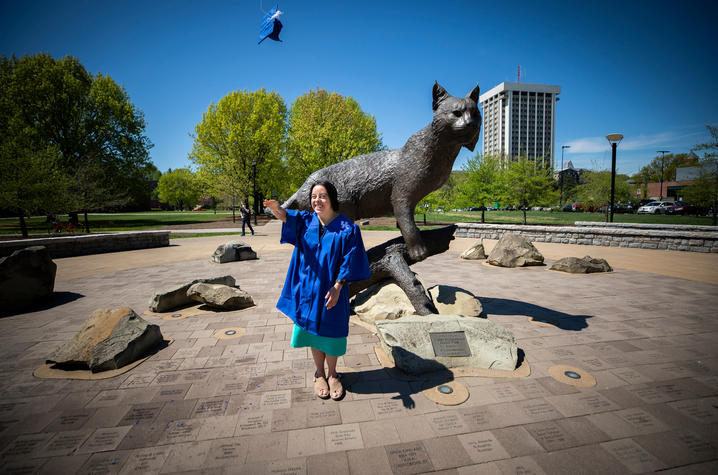 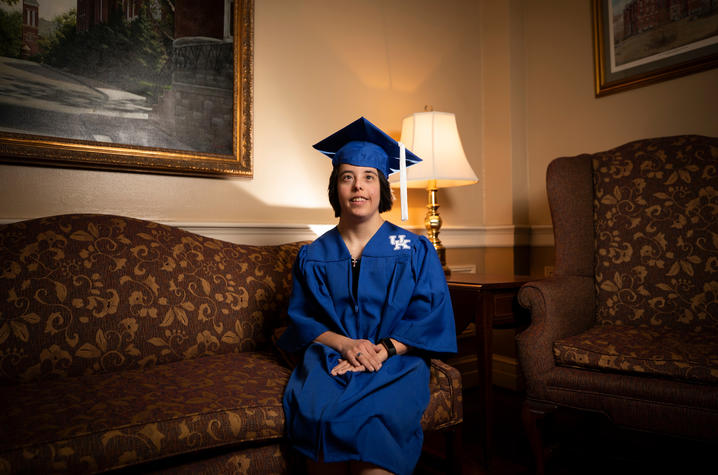