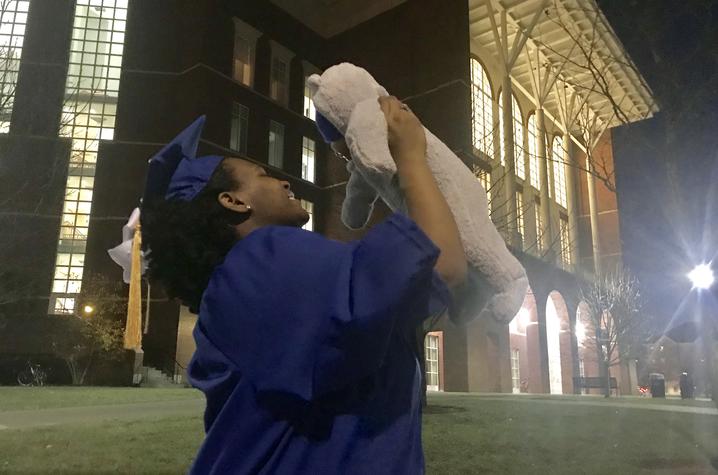 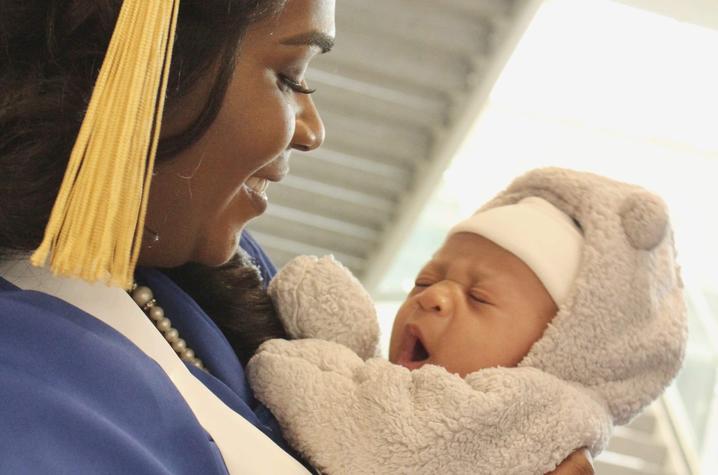 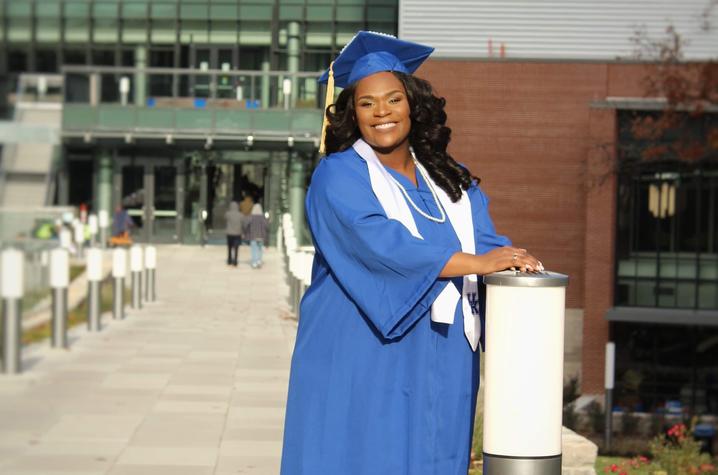 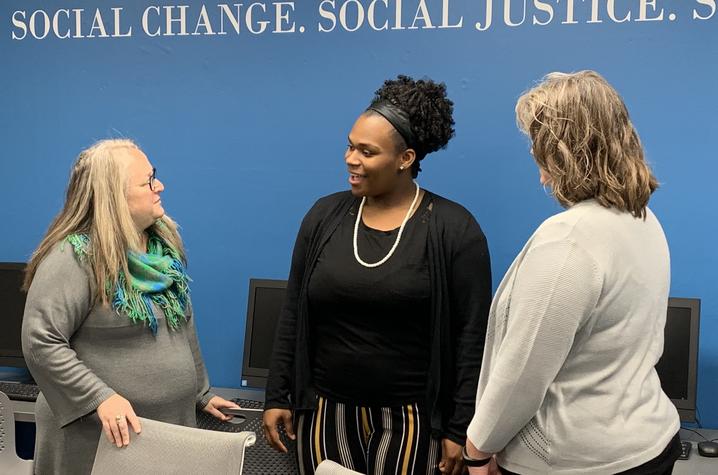 LEXINGTON, Ky. (Dec. 13, 2018) — DayShea White describes herself as someone who is usually always prepared, but her senior year did not turn out exactly as she had planned — she found out she was pregnant last spring.

But despite this unexpected fork in the road, White decided she wanted to find a way to still complete her degree on time.

"I didn’t doubt my ability to finish my degree, or to be a good mother, but I knew I had to re-think everything about how I was going to do this," said White, who was scheduled to graduate with her bachelor's degree from the UK College of Social Work this December. "I believe there is no right way or wrong way to accomplish something, necessarily, just as long as you get it done."

As soon as White learned she was pregnant, she went to Kalea Benner, director of undergraduate studies in the College of Social Work, along with her professors, to discuss how she could stay on track to complete her degree.

"We made 50 different schedules over a course of three months because pregnancy can be so unpredictable," she said.

They discussed all possible scenarios, including the possibility of White having an unplanned C-section, which is what ended up happening this September. And even with the added setback of having an emergency surgery and recovery, along with the commitment of being a new mother, White managed to go back to class just two weeks later.

"Dr. Benner and other faculty in my college worked very hard to support and accommodate me this semester," she said. "There are so many things they don't tell you about pregnancy, having child, as well as completing a degree. Doing the two together was very difficult."

White said the support from her boyfriend and her mother were the crutches that prevented her from falling and giving up this semester. And her new son, Tyus, was her number one motivator.

"He reminded me every day that my dreams had not stopped," she said. "He gave me more to work toward."

White's family, including baby Tyus, will all be at Rupp Arena this Friday to watch her walk across the stage and accept her diploma. Many of her professors will also be in attendance, including Benner.

“DayShea epitomizes diligence and persistence, both of which are necessary to be a good social worker," Benner said. "She knew what she wanted to do and was able to find a way to make that happen. I am incredibly proud of DayShea and know that completing her degree at UK will be meaningful for the rest of her life.”

After graduation, White plans to move back to her hometown of Louisville to work with Jefferson County Public Schools. Her dream is to use her social work degree to create a nonprofit organization aimed at helping vulnerable youth in her community.

"I want to develop an organization in Newburg neighborhood that provides the youth with opportunities and resources they need to achieve THEIR dreams — just because they were born into a certain way of life or held to certain expectations doesn't mean they have to follow that path," White said. "I've had so much support from my family and professors, and I want to offer that same support to others who might not have those life-changing influences."