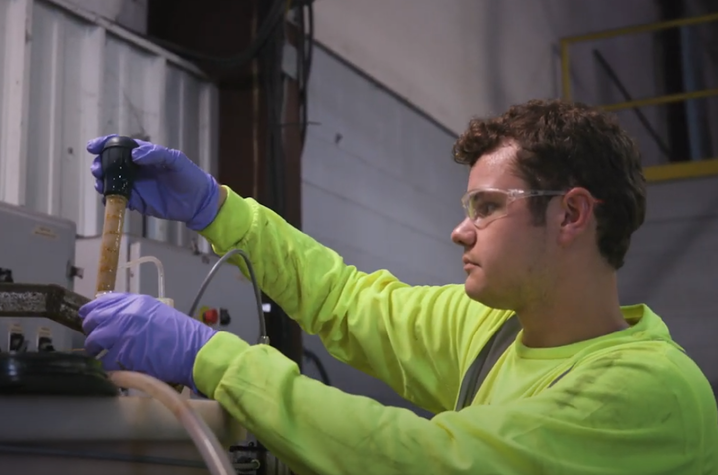 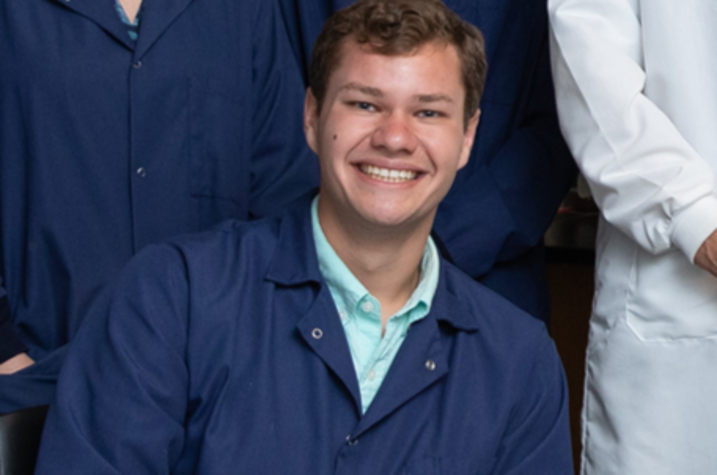 LEXINGTON, Ky. (Oct. 7, 2020) — University of Kentucky Office of Nationally Competitive Awards has announced chemical engineering senior and Lewis Honors College member Skyler Trenton Hornback is one of 2020’s 56 recipients to be awarded a scholarship of up to $15,000 from the Astronaut Scholarship Foundation (ASF). The ASF Scholarship is presented annually to outstanding college students majoring in science, technology, engineering or math (STEM).

A nonprofit organization, ASF was established by the Mercury Astronauts in 1984. Its goal is to aid the U.S. in retaining its world leadership in science and technology by providing scholarships for exceptional college students pursuing degrees in these fields. Since that time, astronauts from the Gemini, Apollo, Skylab and Space Shuttle programs have joined in this educational endeavor. UK students have earned a total of $201,000 from the ASF since 1998.

The son of Barbara and Jeff Hornback of Sonora, Kentucky, Skyler Hornback developed a deep interest in chemistry as a high school sophomore through his first research experiences at the Gatton Academy with the late Ed Stevens, an accomplished crystallographer and scholar-in-residence at Western Kentucky University. Under Stevens' mentorship, he helped determine electronic properties of three active pharmaceutical ingredients.

“I knew that I wanted to continue research (in college) — applying chemical principles to solve real-world problems. Combining this with my interest in math, I saw engineering as the likely fit. Taking my first few chemical engineering courses and becoming involved in nanomaterials research with Dr. Hilt's lab group told me I was in the right field,” UK’s Astronaut Scholar said.

Since arriving at UK, Hornback has participated in UK Department of Chemical and Materials Engineering’s research on “smart” polymeric sorbents for PFAS removal from contaminated water systems under the leadership of J. Zach Hilt, Gill Eminent Professor of Chemical Engineering. The objective of this research is synthesis and characterization of n-isopropylacrylamide-based hydrogel systems.

Hornback has also participated in research as part of UK’s Rare Earth Pilot Plant Project, which is extracting rare earth elements from coal seam waste, and the National Science Foundation-Research Experiences for Undergraduates (NSF-REU) program on Engineered Bioactive Interfaces and Devices, which explored synthesis and characterization of PNIPAAm-Au@IONP thermoresponsive nanocomposites.

“Through the Research Internship Grant and FUSE Grant I received at WKU and the NSF-REU project I was able to work on at UK, I have developed a love for research, and it has greatly impacted my choice to pursue a graduate program in chemical engineering. Dr. Stevens, who took the chance of bringing me into the lab as an inexperienced high school student and provided for my first research endeavors, and Dr. Hilt, who has helped me to hone my research skills and strategies further, played no small part in that decision!”

In addition to mentors Stevens and Hilt, Hornback also credits his first chemical engineering professor at UK, Kim Anderson, and Pat Whitlow, director of the Office of Nationally Competitive Awards, as great influences in his success.

Upon completion of his bachelor’s degree in 2022, Hornback plans to pursue doctoral studies in his field. Eventually, he would like to pursue a project synthesizing and functionalizing nanoparticles as tools for targeted drug delivery, combining his interest in pharmaceutics with his nanomaterials research.