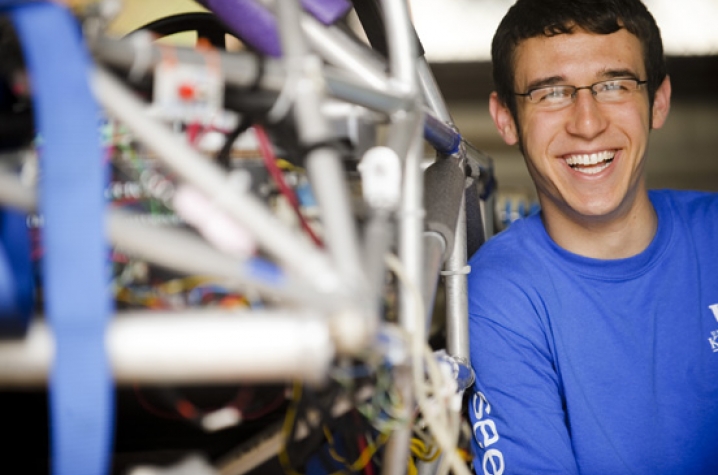 Samuel Nicaise, of Covington, Ky., graduated in May 2010 with a degree in electrical engineering. At UK, the Astronaut Scholar did undergraduate research working on solutions for problems associated with electrical power generation using photovoltaics combined with nanotechnology. Nicaise is also a Goldwater Scholar and a recipient of a National Science Foundation Graduate Research Fellowship.

Outside of the classroom, Nicaise has been an active member of the university's solar car team, which is developing a car that runs solely on sun power that will compete this summer in the 2010 American Solar Challenge. He also served as scholarship chair and philanthropy chair of his fraternity, Phi Kappa Tau, and worked as the initiation chair to expand and build the Kentucky Alpha Chapter of the engineering honor society Tau Beta Pi.

This fall, Nicaise will begin work on a doctorate in electrical engineering at the Massachusetts Institute of Technology. Upon completion of his doctorate, he wants to pursue further research into photovoltaics, whether it be at a lab, in industry or business, or in a university setting.