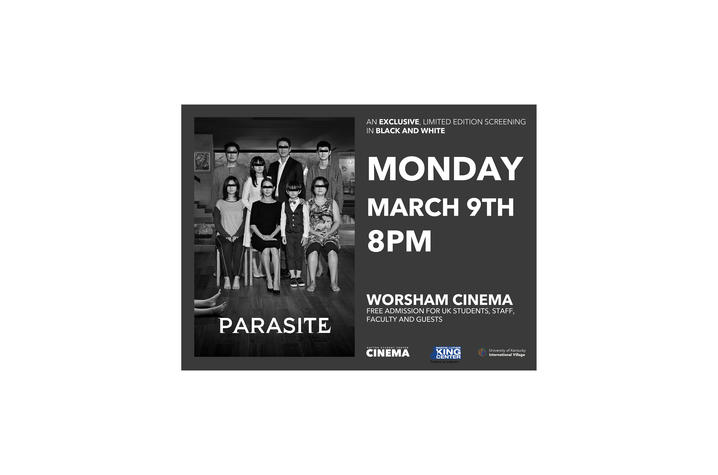 LEXINGTON, Ky. (March 2, 2020) — "Parasite," the critically acclaimed Oscar-winning Best Picture of 2020, will be presented at the Worsham Cinema in the Gatton Student Center at 8 p.m. Monday, March 9. This limited-engagement, one-night only screening will feature director Bong Joon-Ho’s interpretation of the film re-imagined in black and white. The Gatton Student Center Cinema is one of a select few theaters nationally chosen to present this special edition.

In a statement released from Joon-Ho through motion picture distributor NEON, the black and white edition fulfills a life-long dream, with inspiration being drawn from the 1922 horror classic "Nosferatu.

“It is an incredible honor to be selected to screen this film,” said interim Student Center Executive Director Jim Wims. “Our students work tirelessly to provide our campus with the best in cinema, and this is another example of their commitment to making the Gatton Student Center a world-class facility.”

Admission is free of charge to UK students, staff, faculty and their guests. For more information, please contact the Gatton Student Center Cinema at 859-257-5781.