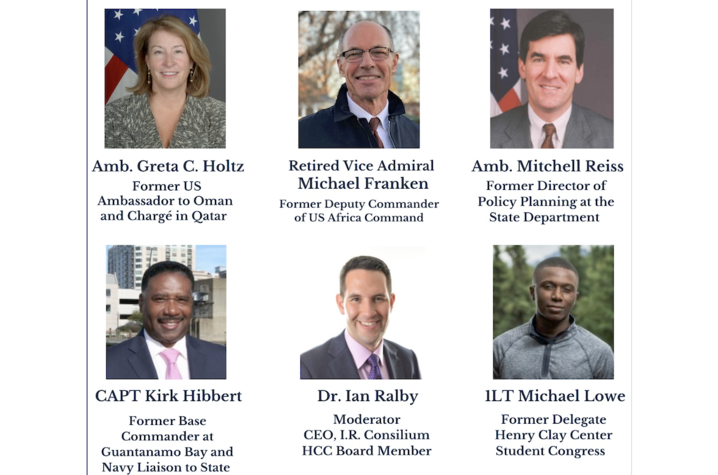 Henry Clay Center will present the third episode May 12.

LEXINGTON, Ky. (May 11, 2021) — The Henry Clay Center continues “The Craft of Compromise” digital series with “Clarifying the Military and Diplomatic Lanes in U.S. Foreign Engagement” beginning 2:30 p.m. Wednesday, May 12.

This third episode of the series will be livestreamed and recorded through the center’s YouTube channel. The event is open to the public.

The event will be moderated by board member Ian Ralby, CEO of I.R. Consilium and direct descendant of statesman Henry Clay.