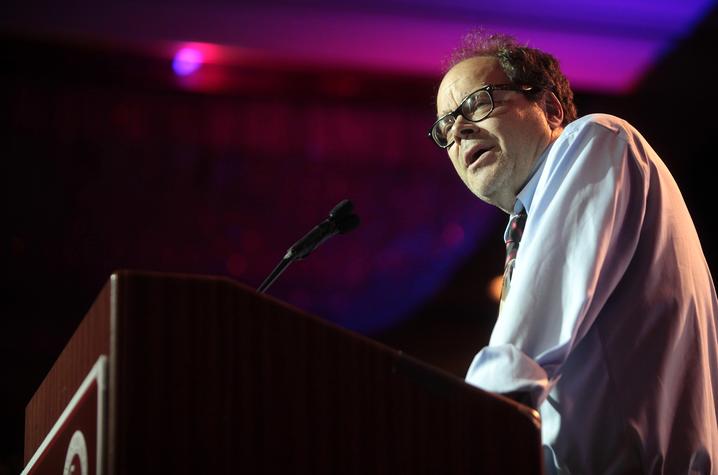 Kauffman is the author of 11 books, among them “Dispatches from the Muckdog Gazette: A Mostly Affectionate Account of a Small Town’s Fight to Survive,” a book about his hometown which won the 2003 national Sense of Place award from Writers & Books, “Look Homeward, America: In Search of Reactionary Radicals and Front-Porch Anarchists,” which the American Library Association named one of the best books of 2006 and won the Andrew Eiseman Writers Award, and “Ain't My America: The Long Noble History of Antiwar Conservatism and Middle American Anti-Imperialism,” which Barnes & Noble named one of the best books of 2008. Kauffman also wrote the screenplay for the 2013 feature film, “Copperhead.” His writings have appeared in numerous publications, including the Wall Street Journal, the Los Angeles Times Book Review, The American Scholar, The American Conservative and the (UK) Spectator. He is a founding editor of Front Porch Republic. Kauffman lives with his family in his native Genesee County, New York.

Kauffman is a regular contributor to the Wall Street Journal and a columnist for The American Conservative. He has written for numerous publications, including The American Scholar, the Los Angeles Times Book Review, The Nation, New York History, USA Today, Newsday, The Australian, The Guardian (Manchester) and The Spectator of London. He has conducted several dozen lengthy published interviews with subjects like Shelby Foote, Joe Paterno, Clarence Thomas and Charlton Heston.

Kauffman is known for his use of use of satire in his cultural commentary, something that Lewis Honors College Acting Dean Laura Bryan thinks makes his talk on local community one worth hearing.

“We are pleased to host Bill Kauffman, a thought-provoking, witty writer and localist. During his cultural conversation, he will make his case for localism, emphasizing the importance of making a place for yourself and building community in trying circumstances.”

Kauffman, who spent time living in cities across the country like Washington, D.C., Salt Lake City and Santa Barbara, returned to his small hometown of Batavia, New York several years ago. As a speaker at the Lewis Honors College, he hopes that he will present a compelling case for a life lived locally. He also hopes to question commonly-held ideas about success and to have a little bit of fun.

“I hope the students at Lewis Honors College will have a few laughs as we take an upside-down look at baseball, celebrity-worship, failure, politics, and other subjects,” Kauffman said. “Perhaps they'll leave the talk wondering just what constitutes 'success.'"

For more information on the event, visit www.uky.edu/honors/kauffman.