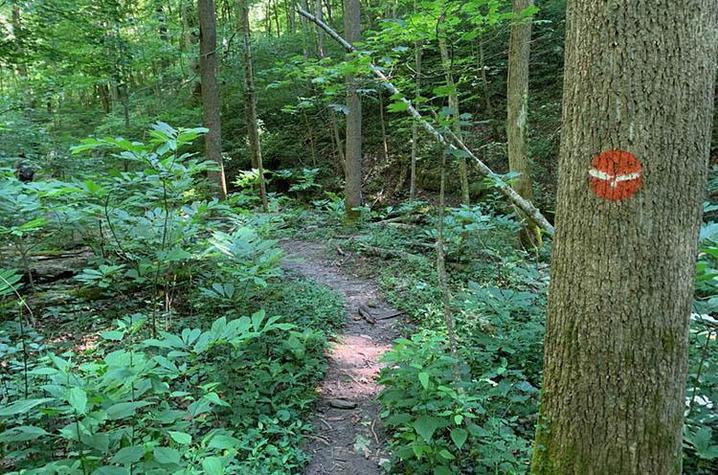 LEXINGTON, Ky. (Dec. 2, 2020) — The search is on for lingering ash, those rare trees that have managed to survive the deadly onslaught of the emerald ash borer. Finding them in the forest is like looking for a needle in the haystack, but the University of Kentucky Department of Forestry and Natural Resources is partnering with the Kentucky Division of Forestry to find as many as possible in an effort to save the species.

“The idea is those trees that have some natural genetic resistance to the emerald ash borer are going to be the future of ash,” said Ellen Crocker, UK assistant professor of forest health extension in the College of Agriculture, Food and Environment. “We’ve been trying to find some of these trees for several years now, and when we do, we get their seeds, so the Kentucky Division of Forestry can propagate them at their nursery and hopefully, get them back into the natural landscape.”

Because lingering ash are so rare — in other states where ash trees have been decimated by the invasive pest, researchers have only found a handful — Crocker and UK forest health technician Megan Buland are reaching out to the public to help with the search and report any surviving trees in the woods through the TreeSnap app.

Researchers are looking for large, mature trees left among those that were killed by the invasive insect. Seedlings that are springing up in the gaps left by dead ash are not eligible for the study, because once large enough, they too will most likely be susceptible to the borer.

Before the pandemic, Crocker and Buland were working with the Kentucky Division of Forestry on a series of forest health field days, but COVID-19 stymied their plans. Instead, they developed a virtual forest health field tour and hunt for lingering ash by using a program called Arc StoryMaps. The program is based on ArcGIS, a geographic information software system that allows the user to build maps and make spatial profiles. StoryMaps lets users embed maps and videos and create interactive experiences. The result of their work is the Department of Forestry and Natural Resources’ first virtual forest health field tour.

Crocker, Buland and representatives from the Kentucky Division of Forestry and the Office of Kentucky Nature Preserves toured the Tom Dorman State Nature Preserve in Garrard and Jessamine counties, where there is potential for lingering ash.

“We talked about what they’re doing (on the preserve) to look for lingering ash as well as dealing with some other forest health problems like invasive plants,” Buland said. “We structured the story map as an educational experience.”

The site contains range maps for the three species of ash in Kentucky, videos about the emerald ash borer and their walk-through at Tom Dorman and interviews with researchers who talk about what the Division of Forestry is hoping to do with lingering ash.

Some of the videos explain how to use the TreeSnap app and what the parameters are for trees that the researchers can use for lingering ash databases.

“Even aside from trying to encourage people to record lingering ash in their area, it’s also a helpful tool for telling an important story about an invasive species and the perils of invasive species in our native forests,” Buland said.

“Not only do we want to share it with anybody who wants to learn about emerald ash borer, for educators in particular, I think it will be a great resource, because everyone is trying to teach online these days. This is a handy, different way maybe to engage your students in an issue that is impacting them locally,” Crocker said.

The StoryMaps site can be found at https://forestry.ca.uky.edu/extension/woodland-owners/woodland-health-threats/fh-field-days.