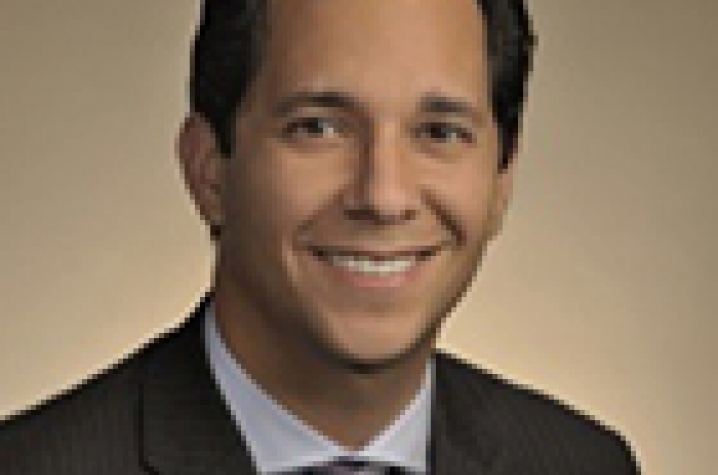 LEXINGTON, Ky. (Oct. 27, 2015) — The National Institute of Neurological Disorders and Stroke (NINDS) has awarded Joe Abisambra, Ph.D., of the University of Kentucky Sanders-Brown Center on Aging a five-year, $1.6 million grant to study a group of diseases called tauopathies.

Tauopathies are a group of more than 20 neurodegenerative disorders that affect nearly eight million Americans. These disorders all share one common characteristic: deposition of a protein called "tau" into sticky bundles inside brain cells. While Alzheimer's disease is the most-recognized tauopathy, Pick’s disease, and Chronic Traumatic Encephalopathy (originating from head trauma) are all a part of this expanding disease classification. In fact, last year tau specialists at Sanders-Brown led an effort to classify a new tauopathy called PART (Primary Age-Related Tauopathy) for which, like other tauopathies, there is no cure and few effective treatment options.

"My work on tauopathies is motivated by the limited progress in the development of treatments to slow or cure these diseases," Abisambra said.

Abisambra’s group recently found that a cellular stress sensor called protein kinase R-like ER kinase — or PERK for short — is a major contributor to tauopathies. However, the mechanism by which this sensor causes neuronal damage is still a mystery. Abisambra and his colleagues will use the grant to explore how PERK triggers neuronal dysfunction in the hopes of uncovering opportunities to disrupt the disease process.

"Our central hypothesis is that tau and PERK engage in a self-perpetuating destructive cycle where an overabundance of tau in the brain chronically activates PERK, and PERK activates enzymes that contribute to production of corrupted tau," said Abisambra. "By using a battery of tests in in vivo, in vitro and in situ models of tauopathy, including innovative and sophisticated imaging studies, we hope to map out the mechanisms in this process and identify opportunities where interventions would be effective in treating the disease."

As part of that analysis, Abisambra will employ a novel and non-invasive imaging approach called manganese-enhanced MRI.

"MRI is traditionally a static medium and the brain is anything but static," said Abisambra. “We needed a way to see how brain function changes in aging and disease over time."  Abisambra found his answer by adapting an imaging approach suggested by colleague and physiologist Moriel Vandsburger. "Manganese-enhanced MRI has enabled a readout of neuronal function over time, which is a key advantage."

Furthermore, explained Abisambra, this technique could potentially be an effective evaluation tool for many other neurological disorders besides tauopathies.

Dr. Linda Van Eldik, director of the Sanders-Brown Center in Aging, noted that the grant continues Sanders-Brown's nationally recognized work on tauopathies in general and PART in particular.

"Researchers at Sanders-Brown played an instrumental role in identifying PART, and Joe's work to establish a comprehensive biochemical profile for the disease continues that legacy," she said.  "His research on PERK and tauopathies will help advance scientists' knowledge of these diseases, and this substantial grant is a worthy acknowledgement of that."