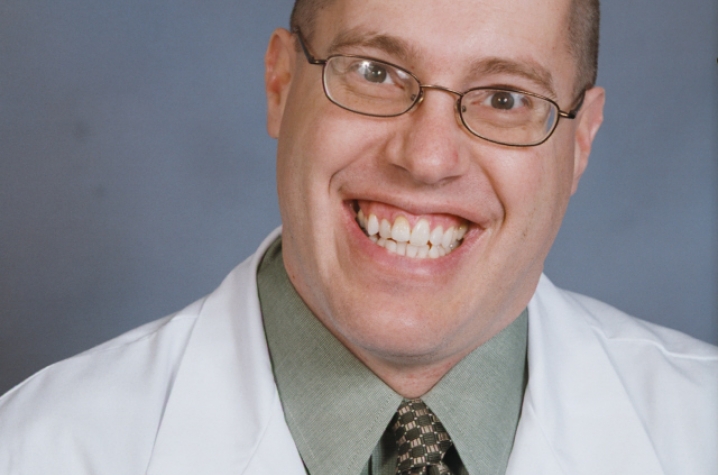 LEXINGTON, Ky. (April 26, 2011) — A study performed by University of Kentucky researchers shows promise for the use of azithromycin in treating Ureaplasma-colonized or infected premature infants to prevent bronchopulmonary dysplasia (BPD).

Bronchopulmonary dysplasia is a chronic lung disorder characterized by inflammation and scarring in the lungs. It is common among premature infants, whose lungs are not fully developed before birth.

This disorder can lead to chronic lung damage or death. Many infants who survive are at a greater risk for having recurrent respiratory infections, such as pneumonia or bronchiolitis.

The presence of the Ureaplasma bacterium is a risk factor in developing BPD. This bacterium causes inflammation in the lungs and can also lead to meningitis, pneumonia or septicemia. It is passed on from mother to child. An estimated 80 percent of women are already colonized with it, and nearly 45 percent of extremely preterm infants are affected by it.

"Current preventative therapies for bronchopulmonary dysplasia are limited," said Dr. Hubert O. Ballard, the UK neonatologist leading the study. "Because the inflammation from a Ureaplasma infection often leads to BPD, and because this bacterium is so easily spread to infants from the mother, we sought to find out if the anti-inflammatory benefits of azithromycin could help prevent the disorder from developing."

The study was performed on a group of 220 infants admitted to the UK Neonatal Intensive Care Unit from September 2004 to August 2008. Enrollment criteria included a birth weight of less than 1,250 grams, the use of intermittent mechanical ventilation for fewer than 12 hours, and an age of under 72 hours.

Upon enrollment, each infact was randomized to receive azithromycin or a placebo for a total of six weeks. Infants testing positive for Ureaplasma were placed in a separate subgroup of the study.

Ballard, et al, previously published a pilot study that demonstrated a possible benefit of azithromycin prophylaxis in infants weighing less than 1,000 grams, but the original study excluded patients who tested positive for the Ureaplasma bacteria.

Neither the previous study nor the current study demonstrated a statistically significant benefit to using azithromycin therapy to prevent BPD in preterm infants who were not colonized or infected with Ureasplasma.

Though the results of the study show potential for preventing bronchopulmonary dysplasia in Ureaplasma-colonized or infected patients, Dr. Ballard stressed that a larger multi-centered trial is needed to properly assess the benefits of azithromycin for these subjects.