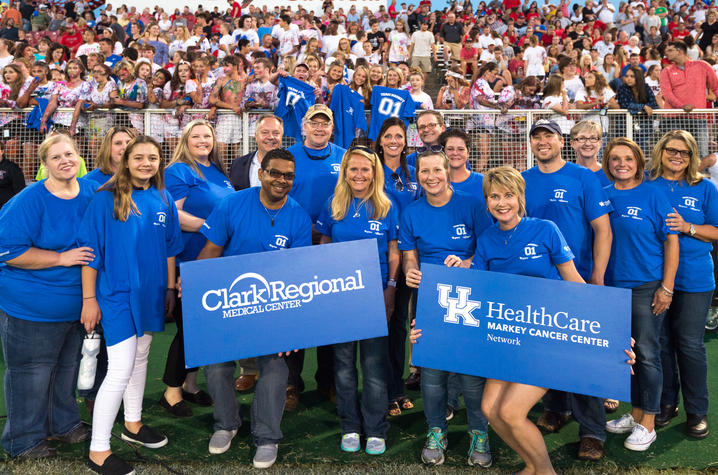 By becoming a UK Markey Cancer Center Affiliate Network member, Clark Regional Medical Center will now be able to offer more patients in Central and Eastern Kentucky access to additional specialty and subspecialty care, including clinical trials and advanced technology, while allowing them to stay closer to home for most treatments.

“Clark Regional Medical Center is proud to join the Markey Cancer Center Affiliate Network,” said Robert Parker, president of LifePoint's Central Kentucky East market and CEO of Clark Regional Medical Center. “Our mission is 'Making Communities Healthier' and this affiliation is further evidence of our commitment to providing high-quality care for our patients close to home.”

Clark Regional Medical Center is a 79-bed community hospital that has served the residents of east central Kentucky since 1917. A Commission on Cancer-accredited facility, Clark Regional takes a multidisciplinary approach to treating cancer as a complex group of diseases that requires consultation among surgeons, medical oncologists, pathologists and other cancer specialists.  This multidisciplinary approach to cancer care results in improved care for cancer patients.

The UK Markey Cancer Center Affiliate Network was created to provide high-quality cancer care closer to home for patients across the region, and to minimize the effects of cancer through prevention and education programs, exceptional clinical care, and access to research. The affiliate network is especially important in eastern Kentucky, where cancer rates are disproportionately high.

"We see 50 percent of our patients coming from Eastern Kentucky, which has some of the highest rates of cancer in the country, particularly lung and colon cancers," said Dr. Mark Evers, director of the UK Markey Cancer Center. "The Markey Cancer Center Affiliate Network allows us to collaborate with community hospitals to provide top-notch cancer care for these patients much closer to home — saving both travel expenses and time for the patients, in addition to keeping them close to their personal support system."

The UK Markey Cancer Center Affiliate Network began in 2006 and comprises 17 hospitals across the state of Kentucky: